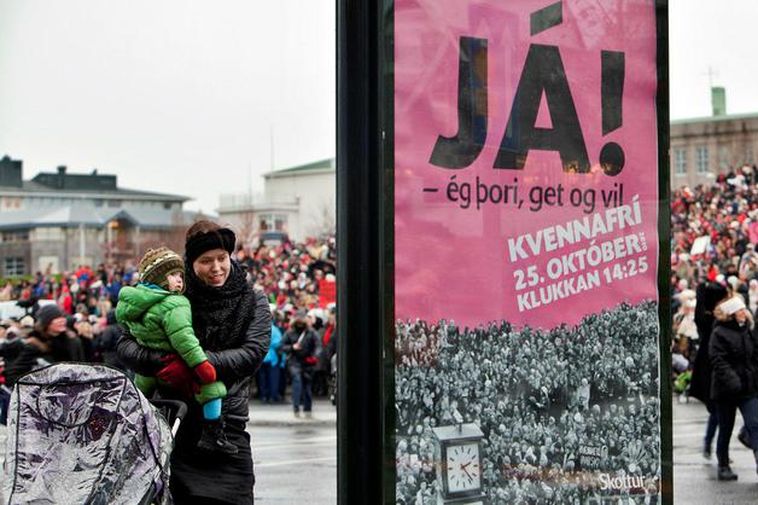 The last time that women went on strike at work was in October in 2010. Over 50.000 women attended a protest at Austurvöllur square. mbl.is/Kristinn Ingvarsson

Women in Iceland are urged to leave work this afternoon to join a protest at Austurvöllur parliament square in Reykjavik to protest the gender wage gap.

The meeting is organised by The Icelandic Confederation of Labour (ASI). "We are expecting a very large crowd of people at Austurvöllur to support the cause and we've received positive feedback across society," says Maríanna Traustadóttir, equal rights and environmental specialist at ASÍ.

The slogan for the protest is equal wage immediately. Recent surveys have shown that the wage gap has increased since the economic crash in Iceland in 2008. "As soon as there is economic growth, women's wages seem to lag behind," says Traustadóttir.

Women are urged to leave work at 14.38 pm today and attend the meeting at Austurvöllur at 15.15.