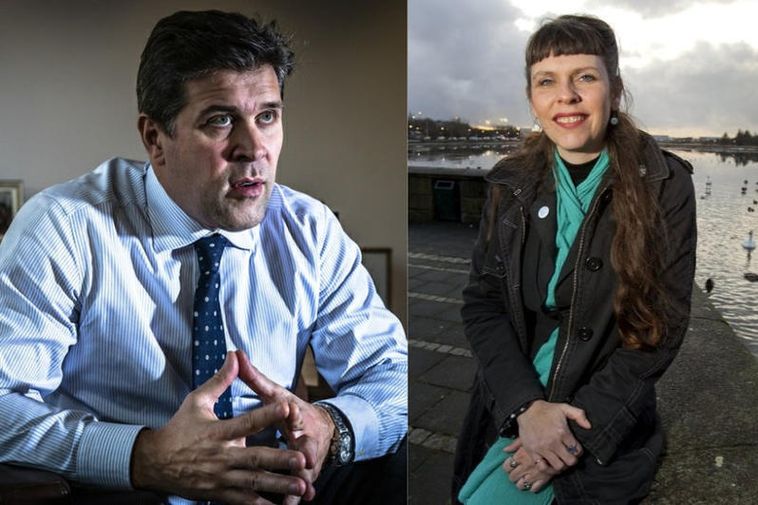 Could one of these be Iceland's next Prime Minister? Leader of the Independence Party, Bjarni Benediktsson (left) and Pirate Party MP, Birgitta Jónsdóttir (right). Photos: Árni Sæberg

Two parties have for many months been vying for supremacy as Iceland’s most popular political party – the centre-right Independence Party and the open-democracy Pirate Party.

The very latest opinion poll puts them just three points apart nationally, with the lead changing lands with some regularity.

But new data gathered by Gallup and reported on by Icelandic national broadcaster RÚV (link in Icelandic) suggest that a generation gap has opened up in the support base of the two parties.

MORE: Leader of Iceland’s right not keen on coalition with Pirates

Based on an opinion poll conducted 3-12 October and the ages of the respondents, it emerges that the Pirate Party comes top among voters under the age of forty, while the Independence Party is the preferred choice among voters over forty:

Across all categories of voters aged forty and above, the Independence Party (one of the two current governing parties) comes out on top, while the Pirates are in first place among young voters of all ages.

The 60+ category is the most fervently pro-Independence Party age group, with over 30% intending to vote for them – some seventeen points above the Pirates.

Conversely, voters aged 30-39 are twice as likely to vote for the Pirates than for the Independence party, 26%:13%.