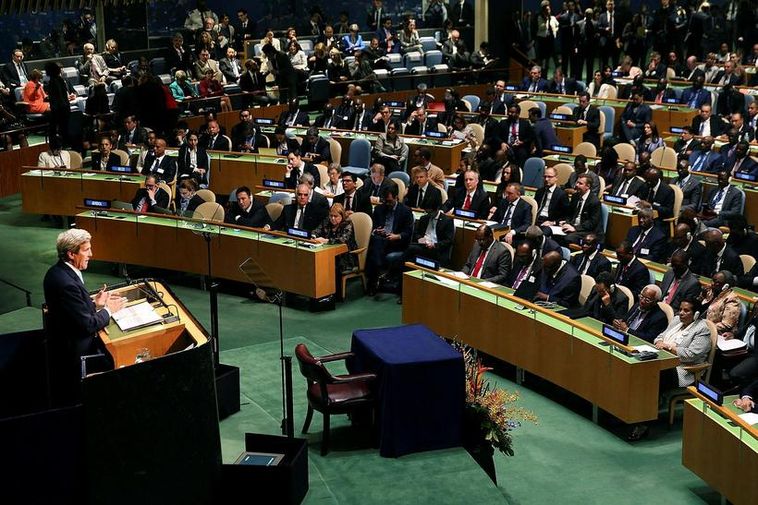 The United Nations Signing Ceremony for the Paris Agreement back in April. Photo: Spencer Platt

Iceland MPs unanimously voted yesterday to ratify the UN Paris Agreement on climate issues, one of the first countries to do so.

The deal, struck at the United Nations Climate Change Conference in November-December last year, must be ratified by 55 countries accounting for 55% of global emissions in order to enter into force.

“The Paris deal marks a real turning-point,” says Icelandic Minister for the Environment and Natural Resources, Sigrún Magnúsdóttir. “Paris found the political will which has long been lacking, and this gives us hope in achieving success in climate issues.

“It is good to see Iceland […] as one of the 55 countries that will bring this Agreement into force,” says Foreign Minister Lilja Alfreðsdóttir.

28 countries accounting for just under 40% of global emissions have currently ratified the Paris Agreement, including China and the United States.