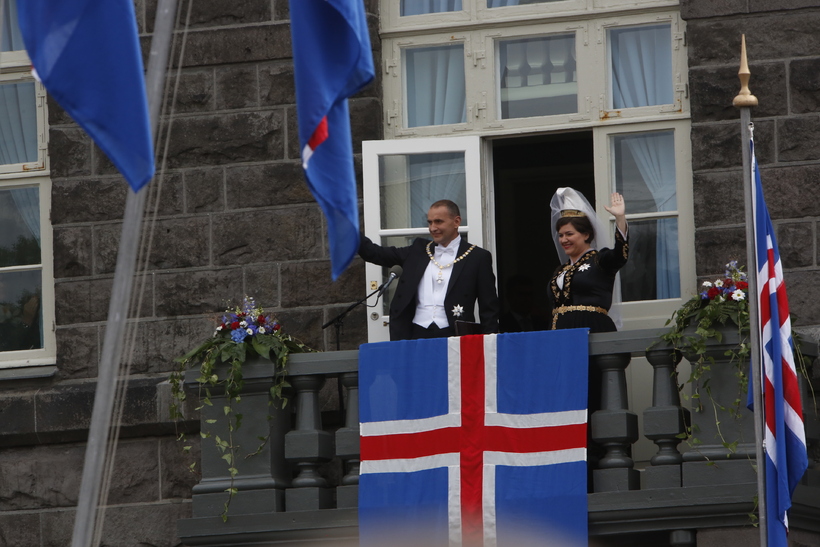 
Dr. Guðni Th. Jóhannesson was sworn in as the 6th President of the Republic of Iceland earlier today. After having signed the oath of office, President Jóhannesson and the First Lady Eliza Reid emerged onto the balcony of the Icelandic Parliament building and were greeted by cheering crowd of Icelanders, as well as a few bewildered tourists.

On the occasion the First Lady wore a traditional Icelandic Skautbúnngur costume with a headdress. 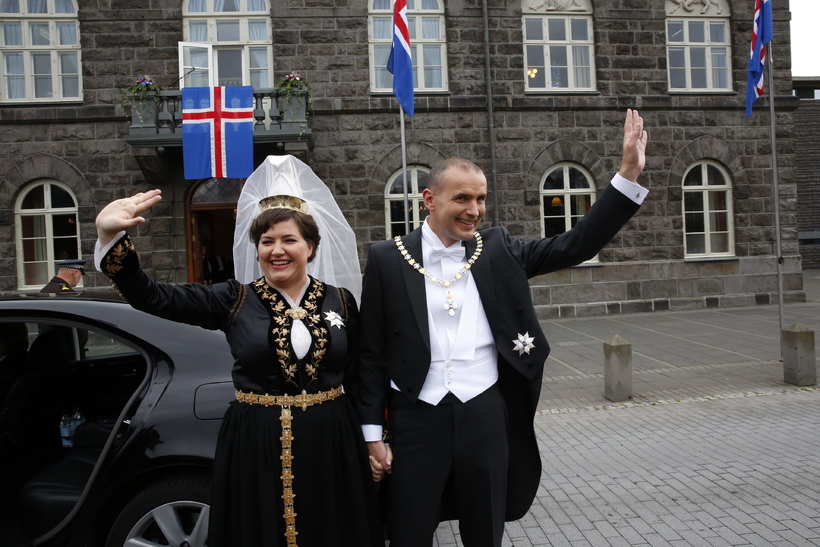 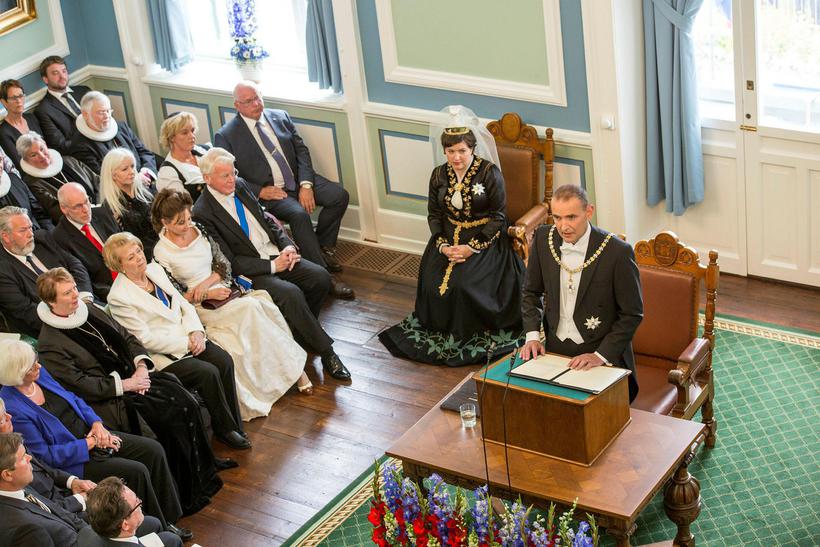 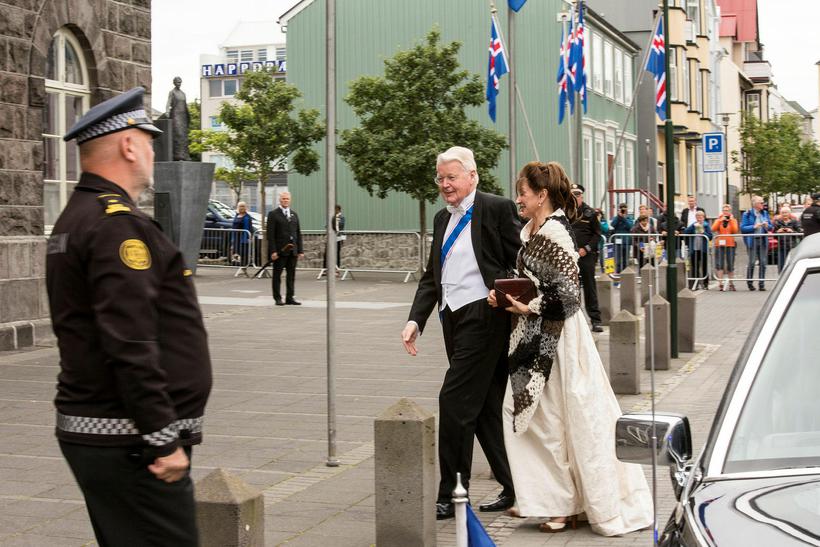