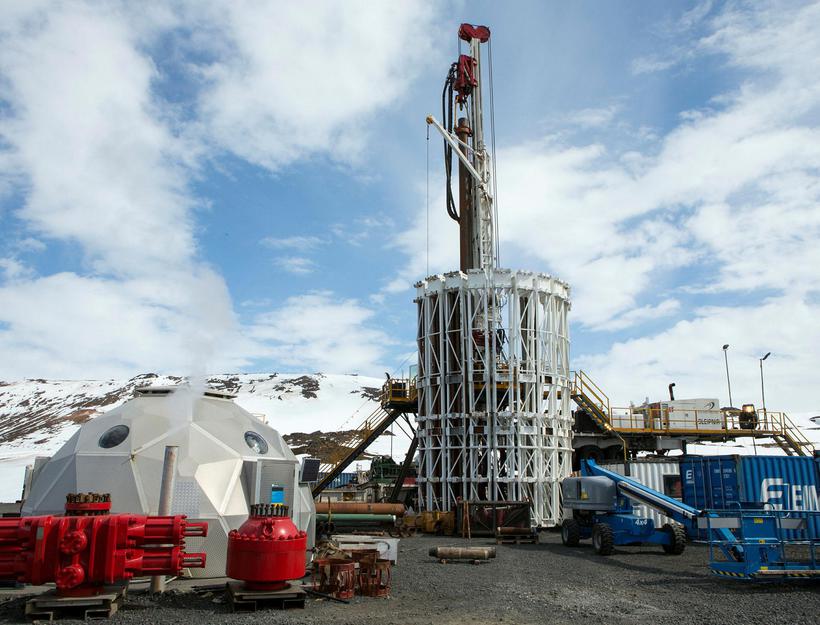 The European Investment Bank (EIB) has signed a EUR 125 million loan agreement with Landsvirkjun, the National Power Company of Iceland, to finance a new geothermal power station and its geothermal wells at Þeistareykir, near Húsavik in north-eastern Iceland.

The financing will be used to support the design, construction and operation of a new 90 MWe geothermal power station and its geothermal wells, operated by the National Power Company of Iceland. The project will be located at Þeistareykir, some 30 km south-east of Húsavik in the northeast of the country, where nine wells with over 50 MWe capacity have already been drilled and tested.

Vice-President Cristian Popa, responsible for EIB-operations EFTA-countries, commented: “Iceland is in a very special position when it comes to renewable energy and it’s great to see how Landsvirkjun is making the most of it. The EIB is glad that it can support this important energy project, which also highlights how the bank supports the energy sector around Europe. The Icelandic expertise in this area is state of the art and serves as a blue print for geothermal projects around the globe."

“This is an important milestone for Landsvirkjun and we are grateful for the support the EIB is showing renewable energy in Iceland. The EIB has in the past demonstrated its strong support in providing funding for sound and sustainable projects in Europe and we see this agreement as a sign of confidence in our company.” added Hörður Arnarson, CEO of Landsvirkjun.

The loan is the first EIB project in Iceland since 2011, when it lent EUR 70 million also to Landsvirkjun, for the construction of the Budarhals hydropower plant in the lower highlands of southern Iceland on the rivers Tungnaa and Kaldakvisl. These projects are crucial in the fight against climate change through support for renewable energy, one of the main priorities for the European Investment Bank. Last year, more than a quarter of all EIB-lending supported projects that help safeguard the environment.