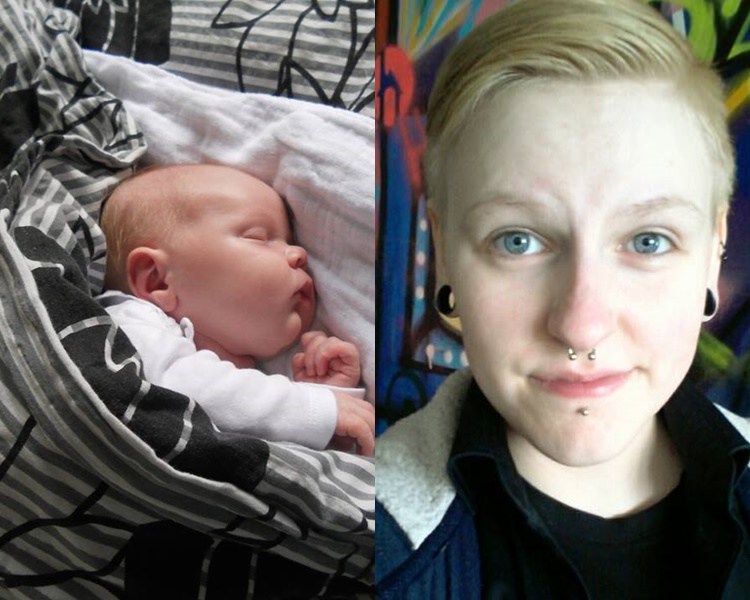 Henrý Steinn is the first Icelandic transgender man to give birth to a child. The little girl is doing very well. Photos/ Henrý Steinn

Henrý Steinn is a 19-year-old Icelandic man whose role as a father is different to most other fathers. He carried the baby himself and had a baby girl on April 13th. Henrý Steinn is a transgender man who recently started his gender transition.

He didn't know he was pregnant until after he started therapy and 1-2 months after he began hormonal treatment.

In an interview with Gay Iceland, Henrý says that the pregnancy was not planned and that the news came as a shock. Soon he began to see this as his opportunity to have a child, and says that his therapist and psychiatrist were very helpful and urged him to think about the possibility of having a family.

Henrý has been in a relationship with the father of the child, Þórir Leó Pétursson, since Valentines day last year, and they had known each other for some time. They live in Árskógssandur, North Iceland.

“As far as I’ve noticed, people have a laissez-faire attitude. I’m pretty laid back and open about these things but to be honest, I haven’t experienced any prejudice so far,” Henrý says in the interview. Labour was difficult and he had a C section, and he is breastfeeding his daughter.

"But it all went well and we’re both doing great.”