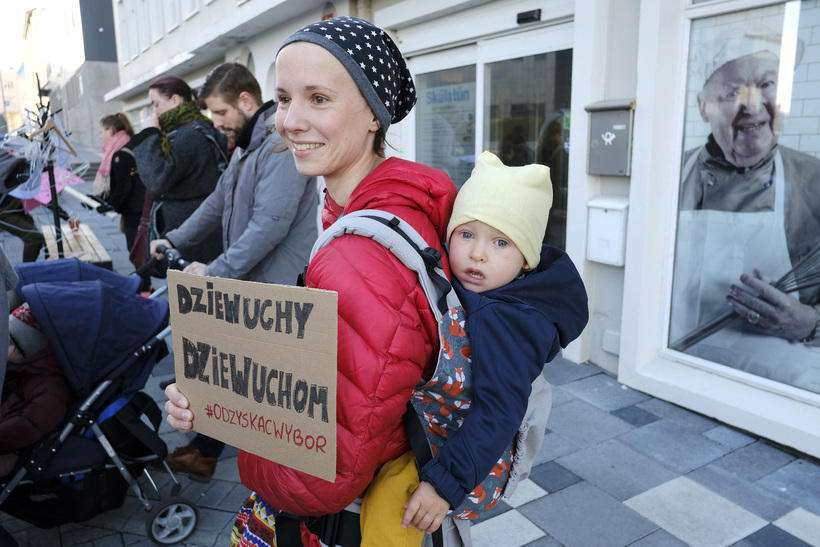 As attention was focused on the anti-government protests going on outside Parliament on Saturday , another demonstration was going on in Reykjavik – against a proposed ban on abortion in Poland.

A group of protestors gathered outside the Polish embassy in the Icelandic capital to express their disapproval of controversial plans to outlaw abortion in Poland – including for the victims of rape. 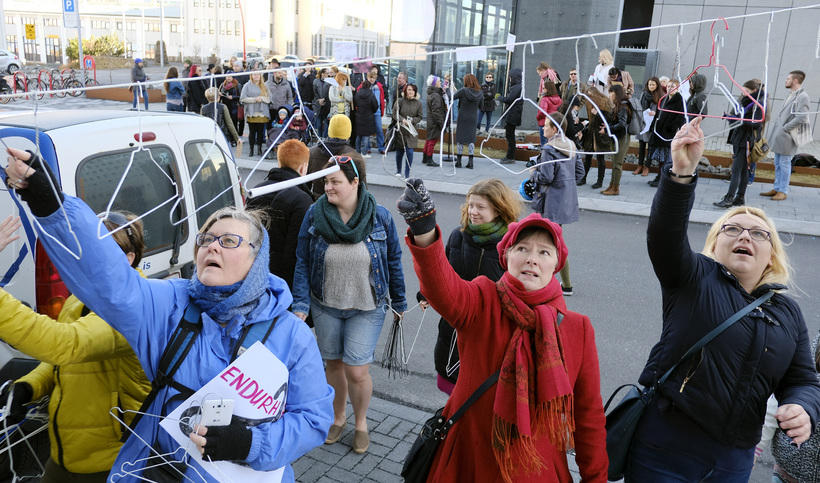 According to the event description on social media , the proposed universal ban will prevent rape victims and women facing life-threatening birth complications from terminating their pregnancies.

Protestors have adopted the coat hanger as the symbol of their fight – hangers are sometimes used by desperate women in countries where abortion is banned to terminate their own pregnancies. 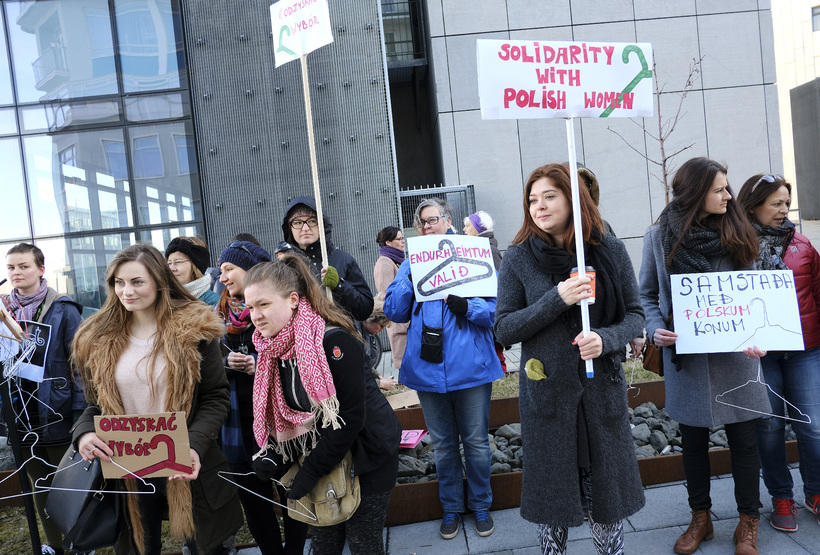