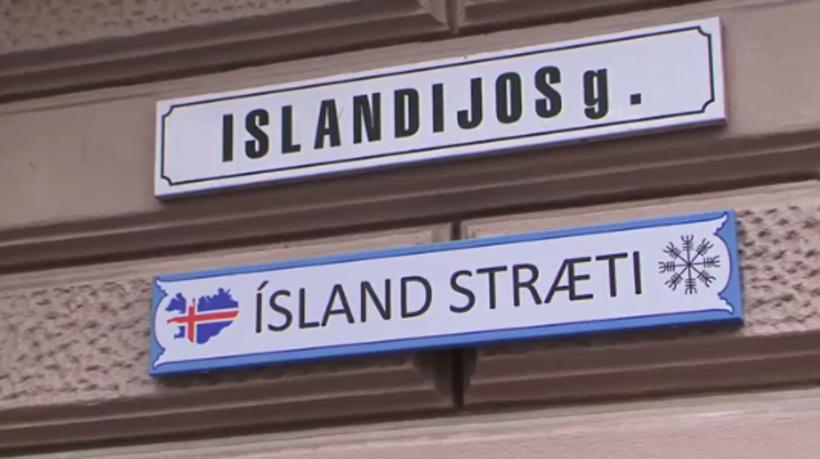 Yesterday saw the unveiling of a new bilingual ‘Iceland Street’ street sign in the Lithuanian capital of Vilnius. The ceremony was reported on by local daily Lietuvos rytas (link in Lithuanian).

Mayor of Vilnius Remigijus Šimašius was joined by former Icelandic Foreign Minister Jón Baldvin Hannibalsson for the unveiling of the sign, which has been put up in “grateful remembrance for what Iceland did for Lithuania” and to make Icelanders feel “respected and welcomed”.

Iceland was the first country in the world to recognise the independence for the Baltic States following the coup in Moscow in August 1991, where hardliners tried to seize control of the Soviet Union.

Hannibalsson was the only Western foreign minister to visit the three capitals and actively show the support of his country. He is an honorary citizen of Vilnius.

The event was also attended by dignitaries from Austria, the Czech Republic, Germany and Sweden.

You can see a video of unveiling of the sign (with speech in Lithuanian) on the Vilnius Municipality homepage here. The street has been called ‘Iceland Street’ since 1991.