Muslims in Iceland protest: Where is the money for our mosque? 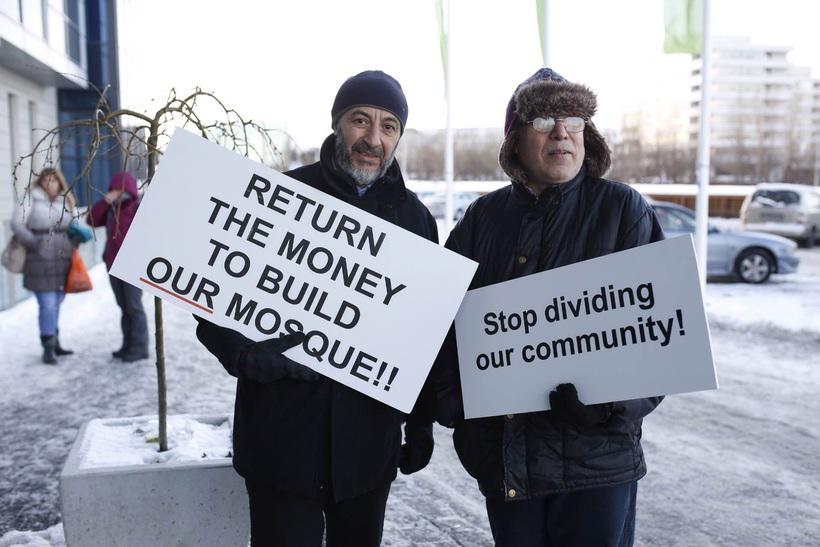 Members of two Muslim groups in Iceland, the Islamic Cultural Centre of Iceland and The Muslim Association (Félag múslima) protested yesterday outside a meeting held by a separate Muslim association, The Islamic Foundation of Iceland who received funds from Saudi Arabia to build a mosque in Iceland.

According to Ahmad Seddeq at the Islamic Cultural Centre, they want to know what happened to the one million USD donated by Saudi Arabia for the building of a mosque in Iceland. Neither the Cultural Centre or the Muslim association have received the funds. A mosque is set to be raised in Sogamýri in Reykjavik.

"We need the funds for our activities in Iceland. They are not a religious association like we are. I find their actions suspicious and the fact that they're conducting meetings behind closed doors," said Seddeq. The only officially registered religious Muslim institutions in Iceland are the Islamic Cultural Centre of Iceland and the Muslim Association (Félag múslima).