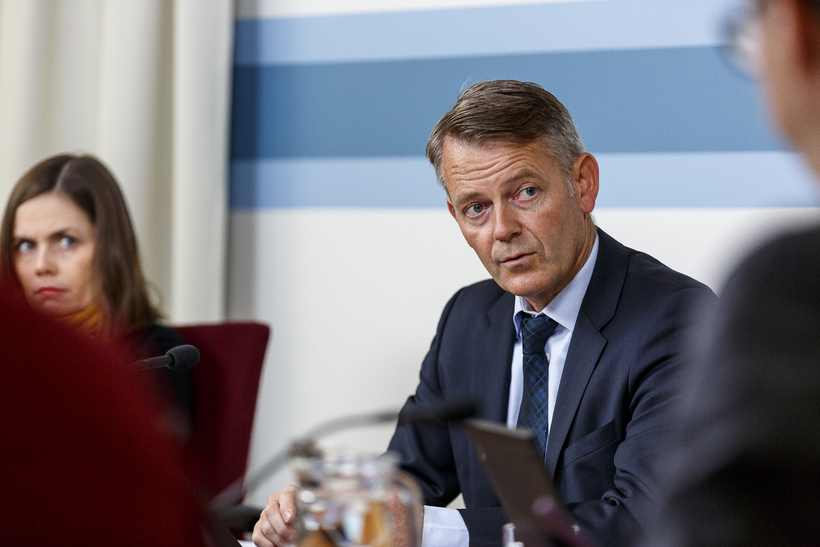 Last June, Iceland signed up as one of the founding members of the newly established Asian Infrastructure Investment Bank (AIIB) along with 57 other countries around the world, with a share of 0.02% and 0.28% voting rights.

Iceland's total financial contribution will be USD 17.6 million (approx. ISK 2.3 billion). One fifth of this amount will be paid out over the next five years but the bank will be able to draw on the rest at any time, should circumstances require.

However, not everybody is convinced that Iceland's participation in the project is desirable, including Frosti Sigurjónsson, MP for the governing Progressive Party ('Framsóknarflokkurinn') and Chair of the Parliamentary Committee for Economic Affairs and Trade.

Writing on his personal website over the holidays, Sigurjónsson says he believes the money earmarked as Iceland's financial contribution to the AIIB should rather be spent on more pressing domestic issues.

Sigurjónsson furthermore points out that participating in the AIIB means members must offer the bank itself and its employees immunities from official surveillance and taxation. He says offering such immunities requires a special approval from the Icelandic parliament.

Sigurjónsson says Iceland will neither be represented on the AIIB's board nor in the bank's executive. The country will furthermore be in a very limited position to influence the AIIB's policies and decisions.

Sigurjónsson quotes Finance Minister Bjarni Benediktsson as saying that involvement in the AIIB will improve Iceland's relations with countries in Asia and create more opportunities in the region for Icelandic investors.

In response, Sigurjónsson claims there are various other ways to contribute to better relations between Iceland and Asian countries. Furthermore, he says it is a total mystery how a tiny share in the AIIB is supposed to improve those relations.