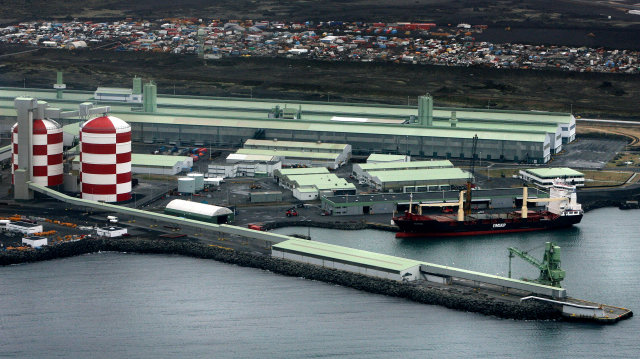 Workers at the Rio Tinto Alcan aluminium smelter in Straumsvík, South-West Iceland, have abandoned plans to strike to force negotiations on working conditions.

According to spokesperson Gylfi Ingvarsson, going through with the strike and bringing smeltering operations to a halt would be “pointless” and would give Rio Tinto the excuse they are looking for to shut the plant down all together.

“We have explored every avenue but there is no way of negotiating with Rio Tinto,” says Ingvarsson. “We suspect that they are using this dispute to close the company down.”

Right before the strike was due to begin at midnight last night, a statement was issued saying that it would be pointless to go through with the planned strike action, since Rio Tinto has repeatedly threatened to close the plant, “blaming the workers for pursuing their legal right to improvements in pay and working conditions”.