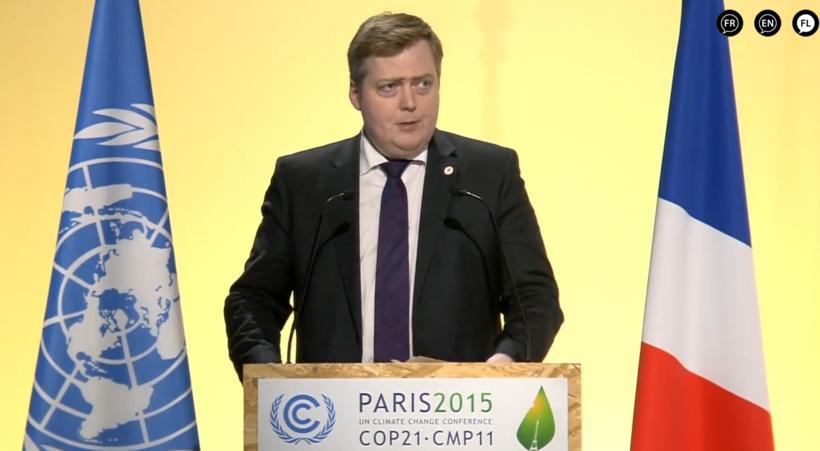 “It is my hope that Paris will bring us an agreement that will avert catastrophic climate change; an agreement which can fulfil the hope that humankind can indeed unite in tackling a grave common threat.”

These were among the introductory remarks made by Prime Minister of Iceland Sigmundur Davíð Gunnlaugsson at the COP21 climate-change conference currently under way in Paris, France.

He described Iceland to listening delegates as a “real-life classroom on the effects of climate change”, warning that if no action on greenhouse-gases is taken Iceland’s glaciers could “largely disappear”.

“Iceland has made great progress” towards achieving a carbon-neutral economy, Gunnlaugsson told the international audience, “but we need to do more.”

The full text of the PM’s speech is available in an attachment below.