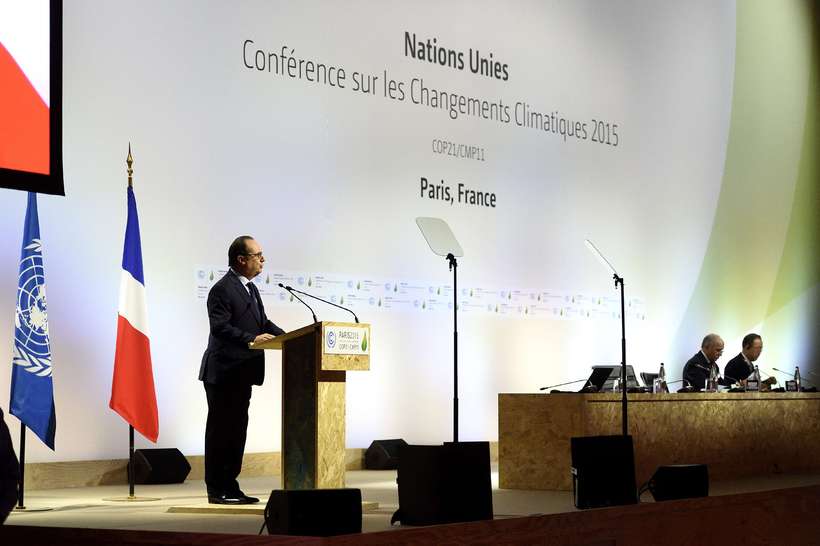 The French President delivering a speech on the first day of COP 21. AFP/Eric Feferberg

Iceland’s Prime Minister is one of 140 heads of state attending COP21, the United Nations (UN) climate conference which got under way in Paris today.

The hope is to reach an international deal on reducing carbon emissions to take over from the current Kyoto protocol in 2020.

Icelandic PM Sigmundur Davíð Gunnlaugsson is part of an official team of fifteen attending the conference from Iceland. Icelandic President Ólafur Ragnar Grímsson has also reportedly accepted an invitation to speak at a renewable-energy conference on the subject of Iceland’s experience in geothermal energy.

Iceland has agreed to participate in a joint target with the European Union (EU) and Norway of a 40% reduction in carbon emissions by 2030.