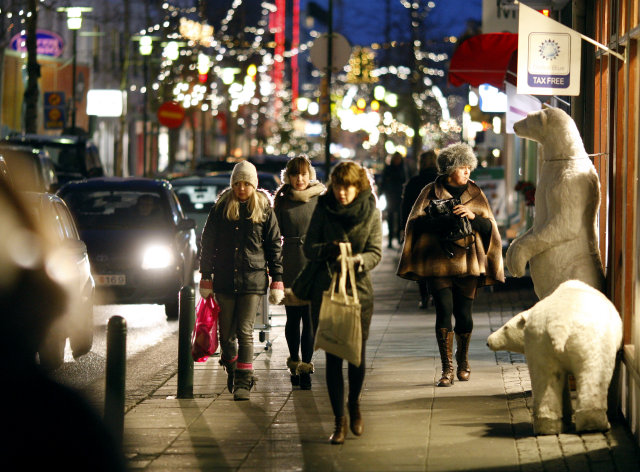 Tourists will get less for each euro they spend. Photo: Golli

Iceland’s strengthening króna could have a negative impact on tourism and other export industries, economists say.

As can be seen from the graph below, the euro is currently worth just ISK 141.67 and has not been cheaper since September 2008, just before the banking collapse.

Bad for tourism and exports

This means that tourists and businesses from Eurozone countries will get less for their money when spending in or buying from Iceland.

A stronger króna reduces the competitiveness of Icelandic export industries on international markets, affecting not least the tourism industry. According to Íslandsbanki’s Ingólfur Bender, there is a delayed effect from the rising exchange rate, which could hit growth in tourism next year.

There are already instances of Icelandic companies laying off workers because of the increasingly difficult export situation.

Grímur Sæmundsen of the Icelandic Travel Industry Association suggests that serious difficulties could be experienced if the króna also strengths against the dollar (USD) and pound sterling (GBP). Over a third of all visitors to Iceland in the first nine months of 2015 were from the United States or the United Kingdom.

Good for imports and inflation

The flip side of this situation is the effect on imports. The cost of importing goods from, for instance, the Eurozone (one of Iceland’s main trading partners) falls as the króna strengthens.

This is helping to hold down domestic inflation under the  limits set by the Central Bank of Iceland. It also contributes to better purchasing power for locals, with savings being passed on to consumers. 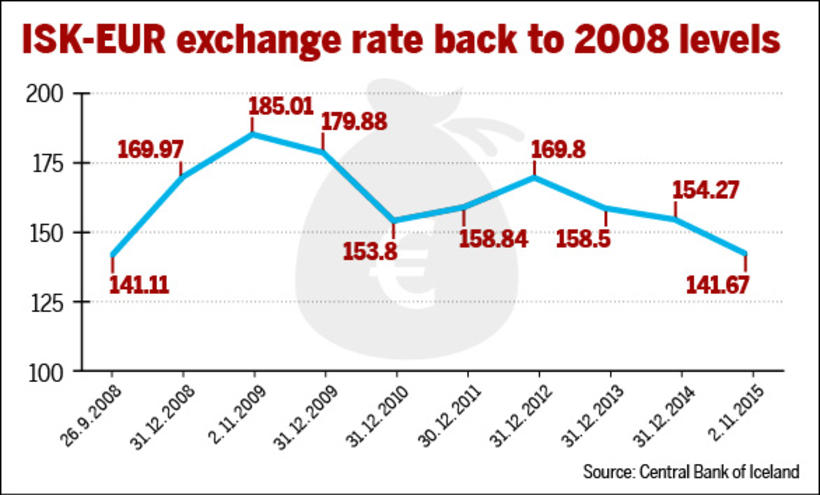