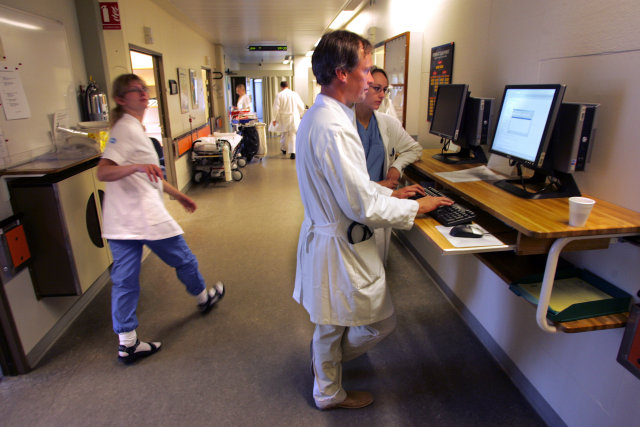 Closed wards, patients treated in corridors, and an A&E department full to bursting – these are just some of the effects of the walk-out of 1,600 staff last week, yesterday and today, on Iceland’s main hospital.

“I hope that Iceland never has to go through this again,” says Páll Matthíasson, CEO of the National University Hospital of Iceland (‘Landspítali’).

“The hospital has been affected for a whole year by strike after strike. It is a mercy that nothing serious has happened,” he states.

If no deal on pay and working conditions is struck with government negotiators, workers will down tools again on 29-30 October.

SFR members at Landspítali are on holding indefinite strike action and there will be local health-service strikes tomorrow and Friday 8am-4pm.

A new round of talks to resolve the dispute is scheduled to get under way at 2pm this afternoon.