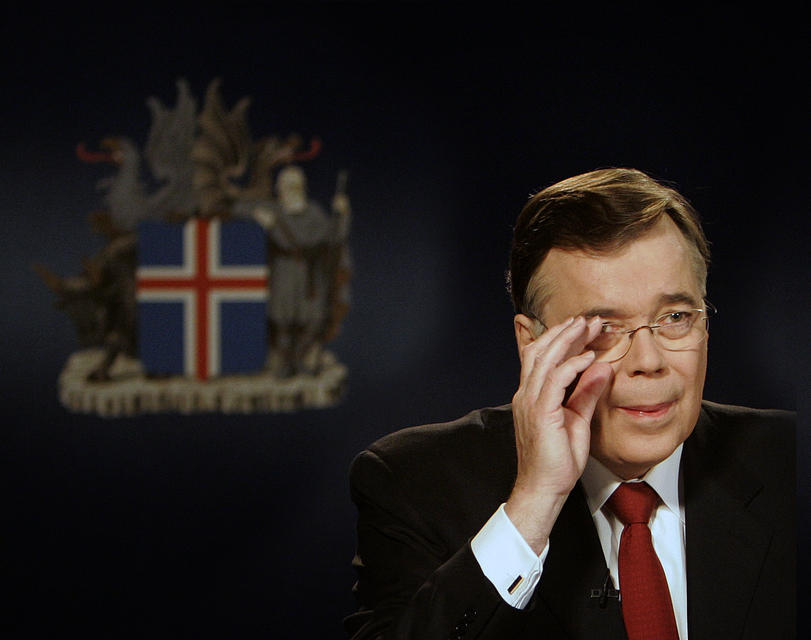 Yesterday was something of a sombre anniversary in the history of Iceland – 6 October 2015 marked seven years to the day since Iceland’s Prime Minister took to the airwaves and officially announced to the Icelandic people the fateful news of the financial crash.

“If ever there was a time when the Icelandic people needed to stand together and be dauntless in the face of adversity, that time is now,” said a solemn Geir H. Haarde in his televised speech.

“I urge you all to protect that which is most important in each of our lives, and safeguard the values that may weather the storm now facing us. Although the future looks bleak for many, I urge families to talk to each other and not be overcome by despair. We must explain to our children that the world is not at an end and each and every one of us needs to find inner courage to look ahead.”

The speech ends with a simple, ominous – and now iconic – “God bless Iceland”.

That same day in 2008, emergency laws were put in place and over the next few days Iceland’s major banks fell like flies. A month later, capital controls were in place.

Haarde’s speech is for many one of the most memorable events in recent Icelandic history. One does not necessarily need to understand the Icelandic in the speech (see video below) to sense the earnestness and emotion of the occasion and appreciate the momentous nature of the event.