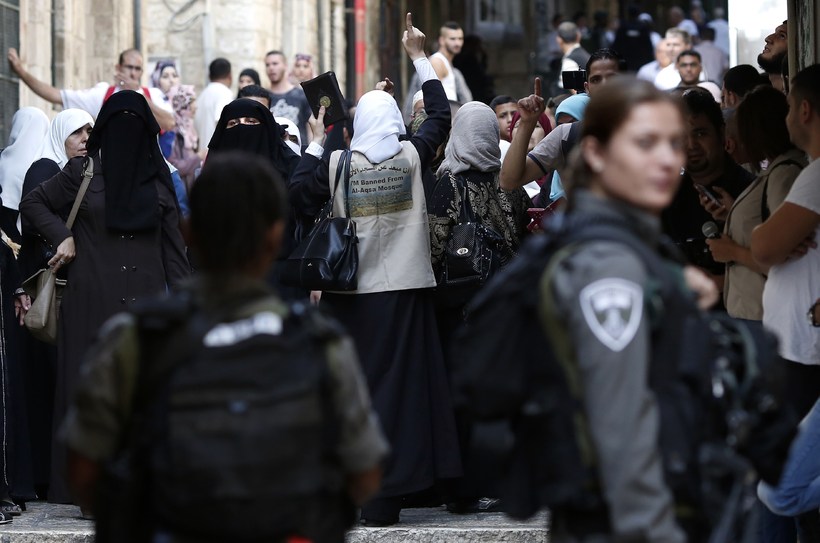 Palestinians shout slogans in front of Israeli security forces who block a street leading to the Al-Aqsa mosque compound, in the Muslim quarter in Jerusalem's Old City yesterday. Photo: AFP

The proposal made by City Councillor Björk Vilhelmsdóttir to boycott all products from Israel for the duration of the Israeli occupation of Palestinian land was accepted at Reykjavik City Council yesterday with a majority of votes.

City Councillors from the Independence party voted against the proposal. In an announcement from the representatives of the Independence Party it states that they are against violations of human rights but were not convinced that this sort of action would do anything to help better the lives of the people of Palestine.