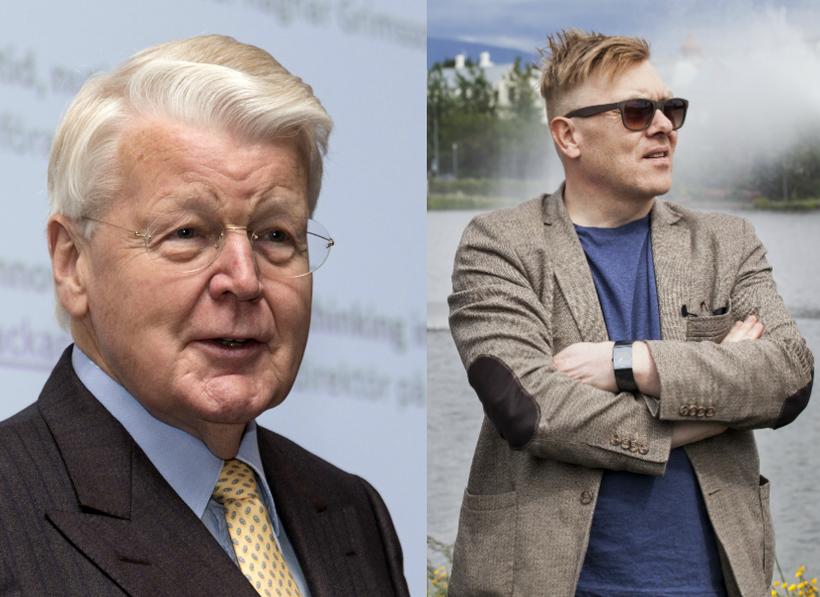 Jón Gnarr (right) is, so far, the preferred candidate to take over from current President Ólafur Ragnar Grímsson (left) next year. Photo: mbl.is

Jón Gnarr, Iceland’s famously quirky actor and comedian and former Mayor of Reykjavik, is the most popular choice for Iceland’s next president, according to a Gallup poll released by national broadcaster RÚV yesterday.

With Iceland’s next presidential elections still around a year away, speculation as to who should get the keys to presidential residence Bessastaðir is still at an early stage. Indeed, 62% of those polled have yet to form an opinion on who they would like to see as Icelandic President 2016-20.

Of those that have decided, however, the largest faction supports Jón Gnarr, former Mayor of Reykjavik. Jón Gnarr now lives in the United States and has previously stated that he does not want the job.

He is followed in the polls by Katrín Jakobsdóttir, current leader of the Left-Green Movement party (‘Vinstrihreyfingin – Grænt framboð’). In third place is the incumbent President, Ólafur Ragnar Grímsson – whom 11% of respondents would like to see as president for a record sixth consecutive term.

Interestingly, when asked who they would like to see as the next president of Iceland, 3% of respondents simply replied, “a woman”. 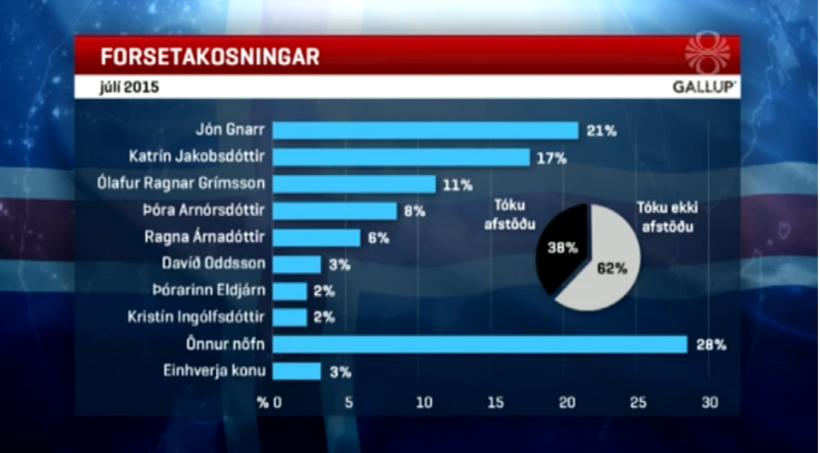 Jón Gnarr has the support of 21% of those responding to the poll. Just 38% of people contacted have formed an opinion on the issue. Photo: Screenshot from RÚV News