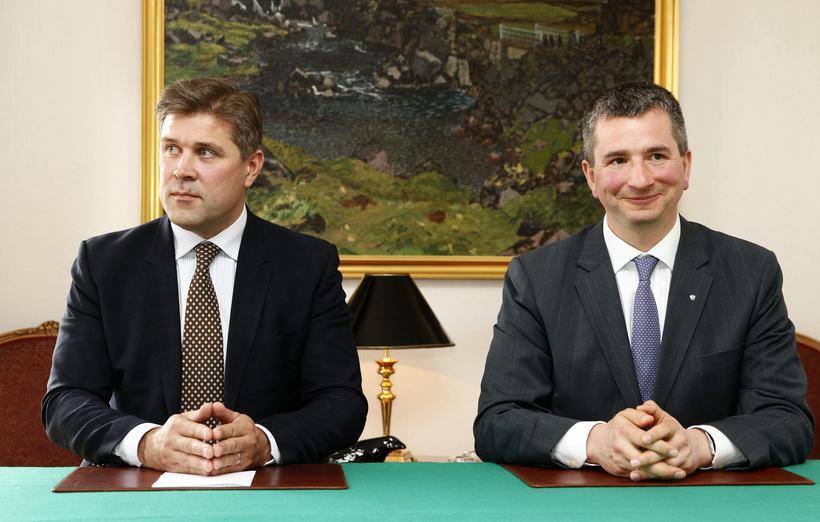 Iceland is paying back this week a major loan received from Poland in the aftermath of the collapse of the Icelandic financial system – over six years early.

Iceland received ISK 7.3 billion (approx. €49.3 million) from Poland under a ‘Stand-By Arrangement’ with the International Monetary Fund (IMF) back in 2009. The due repayment date for the loan was 2015-22.

The Polish Minister for Finance, Mateusz Szczurek, is currently in Iceland on an official visit and signed today an amendment to the original loan agreement, together with the Icelandic Minister for Finance and Economic Affairs, Bjarni Benediktsson, and the Governor of the Central Bank of Iceland, Már Guðmundsson. This amendment enables the Treasury to pay back the loan from Poland early.

“By offering Iceland a loan at a most difficult time, thereby helping us to revitalise our country, Poland offered us a helping hand in a spirit of friendship and generosity. Such friendship is invaluable, and the Icelandic people wish to thank you for it,” said Benediktsson at a meeting of the two ministers today.

This repayment marks a turning point in Iceland’s post-crash financial affairs as the Polish loan was the last of the bilateral loans received still outstanding. The Treasury and the Central Bank repaid the outstanding balance of the loans received from the Nordic countries last year.

Furthermore, Iceland has already repaid most of the loan it received from the IMF itself. The remainder is due at the end of 2015 and in the first half of 2016.

According to the Ministry of Finance and Economic Affairs, Iceland is able to pay back these loans early thanks to ready access to foreign credit markets, improvements in Treasury performance and the progress made in economic and fiscal affairs in recent years.