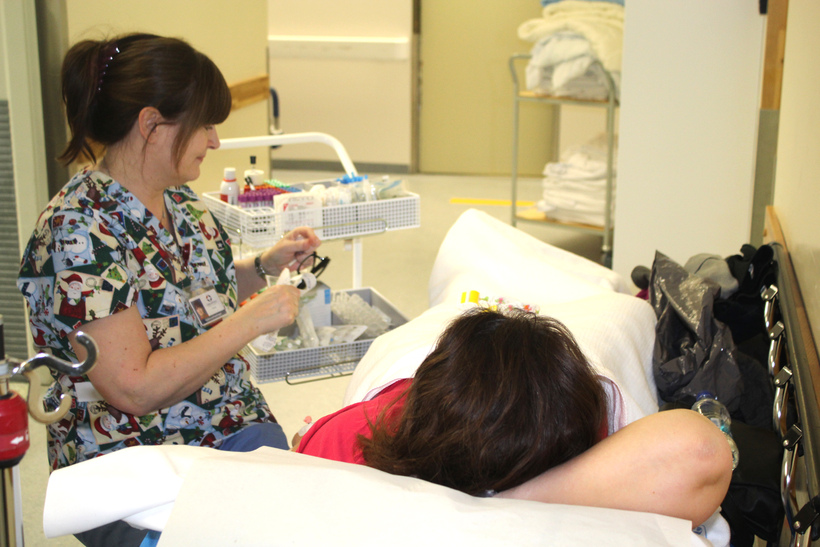 1,100 nurses are set to down tools at midnight tonight. Photo: Sigurður Bogi Sævarsson

Strike action planned by four Icelandic unions has been postponed to early June in the hope of finding a resolution. The planned strike of 1,100 nurses is, however, still expected to begin at midnight tonight.

The Icelandic Union of Commercial and Office Workers (VR), the Commercial Federation of Iceland (LÍV), StéttVest and Flóabandalagið announced yesterday its intention to postpone its industrial action by five days.

Union representatives have expressed a degree of optimism and indicated that if there were no chance of a resolution, the planned strikes would not have been postponed.

As things now stand, VR, LÍV, StéttVest and Flóabandalagið members plan to down tools as follows:

The same positive noises are not being heard, however, from the Icelandic Professional Trade Association (SGS) or the Icelandic Nurse’s Association, both of which have strike action planned for this week.

Nurses are to go on general strike from midnight tonight. Of 1,600 full-time equivalents, just 500 will remain.

The National University Hospital (‘Landspítali’) has been preparing for possible strike action by emptying wards and sending home all but the most seriously ill patients.

Landspítali’s Director of Nursing, Sigríður Gunnarsdóttir, has confirmed to mbl.is that patients requiring admission are not being turned away. “I am fully confident that the Icelandic Nurse’s Association will conduct their strike responsibly and that patient safety is not at risk,” says Gunnarsdóttir.

Below is an overview of planned strike action (not taking into account the recent changes announce by VR, LÍV, StéttVest and Flóabandalagið described above):

Note: Details for VR, LÍV and Flóabandalagið have now changed - see above.