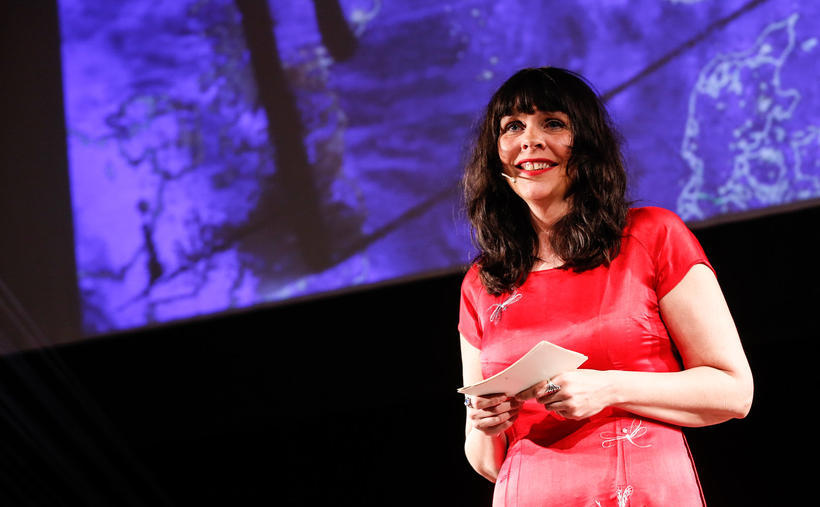 Pirate MP Birgitta Jónsdóttir made a talk at TEDxReykjavik 2015 on Saturday where she described growing up in a fishing village in Iceland, losing both her father and her husband to suicide and how hardships made her stronger. She spoke of the system, made in simpler times, as no longer serving the people. "We're told every day that we are powerless. That's a lie."

The TEDx talks took place at Tjarnarbíó and amongst the subjects Jónsdóttir spoke on was metadata, and said that the digital history of people was accessible to anyone interested. She described digital data as being lika a shadow that followed people forever. The digital shadow, according to Jónsdóttir, is different to other shadows that follow us in the way that it can be sold, changed and shared. She asked the audience whether they draw their curtains when they do engage in personal activities, such as having sex."In your digital home, you have no choice."

Lost both husband and father to suicide

Jónsdóttir says that in the past, growing up in an Icelandic fishing town, she believed she was the ugly duckling and always felt different to everyone else living there. Both her father and her husband, a few years later, disappeared and committed suicide. She described having had to learn to live with uncertainty. "Eight years ago I was a single mother of three. I was really interested in changing society but never dreamed of becoming a politician. "I had a nightmare the other day that I was Prime Minister," she said referring to the recent polls which show that the Pirates would be Iceland's largest popular party if Iceland were to vote now.

Calls for a constitutional change

"Revolution, that's my favourite word. The word means change, development with love. Man seems to want time to stand still. As individuals we can change the world but we have to step forward."She also expressed her will of making a new constitution. "It's obvious that things can't go on as they are."