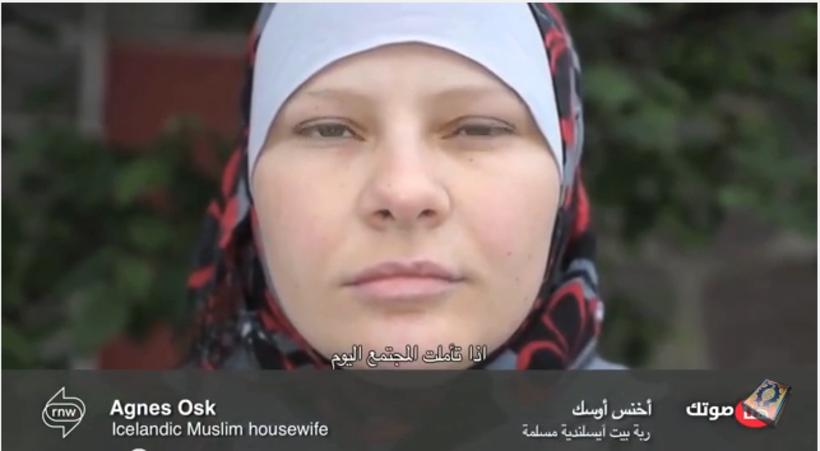 Agnes Ósk, one of the interviewees on the new video.

The subject of the Islamic faith is one which nowadays leaves few Westerners indifferent, and Icelanders are no exception. Recent news items regarding Muslim issues – particularly the planned construction of a mosque in central Reykjavik – have generated huge interest in Icelandic media and society and not all reactions have been entirely positive.

It is easy in modern Western societies – particularly in our relatively remote and homogenous Iceland – to view Islam and Muslims as entirely ‘foreign’ and ‘far-away’ phenomena. But according to Statistics Iceland, the number of Muslims living in Iceland has been rising steadily over the last 15-20 years. In 2014, there were 481 residents of Iceland officially registered in the Muslim Association of Iceland.

The first assumption that springs to mind is that this group must be made up entirely of expatriates having moved to Iceland from elsewhere. It may indeed be the case that such individuals may make up the bulk of Iceland’s current Muslim community, but cases of native Icelanders converting to Islam are not unheard-of.

Indeed, on Monday the YouTube channel ‘NewMan2015’ posted a video containing interviews with four Icelanders (including Agnes Ósk, Jóhannes Ari and Ibra­him Sverr­ir Agn­ars­son, who is now Director of the Ice­landic Mus­lim As­so­ci­a­tion) on their conversion to Islam and how it changed their lives.

Agnes Ósk reveals that she had been an atheist all her life, but that discovering Islam was a “relief, like coming home”. 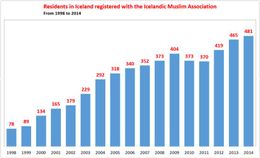 Graph showing the rise in the number of individuals officially registered in the Ice­landic Mus­lim As­so­ci­a­tion. Photo: Source: Statistics Iceland

In her view, Islam provides a release for women from the captivity of society’s expectations regarding their physical appearance.

Ex-drug addict Jóhannes Ari describes how Islam took him away from his former misery and brought him to a place in life where he could “think about how to make the best of each day”. Sverr­ir, the charismatic Director of the Ice­landic Mus­lim As­so­ci­a­tion, best describes his conversion as being “kidnapped by Allah”.

The full video, entitled ‘How Islam changed my life’, can be viewed below: