Muslims are not to blame 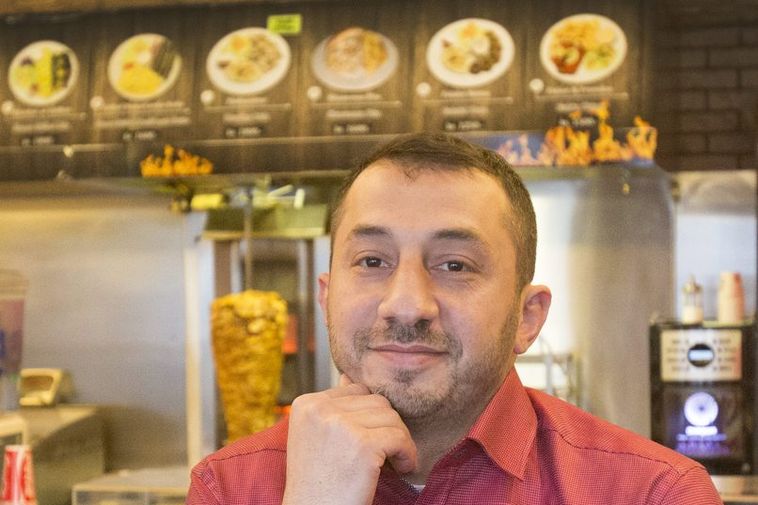 Killing people because they mock you is not in accordance with the teachings of the prophet Muhammad. So says Yaman Brikhan, owner of restaurant Ali Baba in Veltusund, Reykjavík. Yaman, who belongs to the Islamic Cultural Center of Iceland, says it´s unjust to ascribe last weeks attacks in Paris to Islam. He also feels that subsequent debate has only served to create a rift between Muslims and other citizens.

„Yes, I think they are trying to say „You are Muslim, it's your fault what these guys have done.“ But it is not my fault. I don't know these guys,“ says Yaman, when asked if he feels that people blame Muslims in general for what happened.

Yaman has certain doubts about what transpired, but says that in any event the perpetrators were bad people and that they do not represent Muslims in general.

Asks why people do things they know are hurtful to others

In regards to the cartoons Charlie Hebdo has published, depicting the prophet, Yaman says Muslims feel they are offensive and hurtful,

„This is very bad. We feel very bad about it because you are making.. Let me give you a small example: If I know something hurts you and still I do it all the time, because I am free and enjoy freedom in the country, would you accept it?“ he asks.

He says he doesn't understand why people, in this case the editors of Charlie Hebdo, choose to incite conflict.

„We don't like it, why don't people understand that? Why don't they stop? You can come  here [to Ali Baba], I am happy to welcome you, to welcome everybody, but what if somebody starts to attack my place with these pictures? I would not be happy.“

Says parliamentarian has revealed own ignorance

Yaman says he doesn't eat pork, nor does he drink alcohol. These are choices he has made in accordance with his religion and don't concern anyone but himself. He says that since he moved to Iceland he has shown nothing but respect for it's people and it's laws. He doesn't understand why people want to equate him, or other Muslims for that matter, with a terrorist.

Yaman says people are being divided up, into Muslims and not-Muslims, and points to Ásmundur Friðriksson, a member of parliament for Sjálfstæðisflokkurinn, who has asked if background checks have been done on the 1.500 Muslims living in Iceland.

When asked if he thinks the Paris attacks have affected the way people in Iceland view Muslims, Yaman refers to the parliamentarian.

Yaman says that by making those comments, the parliamentarian has revealed his own ignorance.

„It was a little bit funny to me because he just looks like he is new in parliament or just a student. Like he's just sitting there,“ says Yaman. „Does it mean he knows nothing? Because when you go and fill out your papers for the first time at immigration, you have to make a CV for them and they take 2-3 months and look at your background.“

„They would never give me a permit unless they know where I came from, where I've been living and about my criminal record.“

Yaman was born in Syria, where his parents and brothers still live. He says he feels for his countrymen and that the West has reneged on it's promises to the Syrian people.

„The European Union promised to help us but they didn't do it. They didnt' help us like they helped people in Libya for example. NATO went into Libya and took out the president there. But why don't they help us?“ asks Yaman. He says it all comes down to politics and money.

Yaman says he has asked the Icelandic immigration authorities to bring his father and brother to Iceland. He says they said no, but suggested his brother could travel here and ask for asylum.

„I would need to pay 10.000 dollars or euros to try to bring my brother in a boat to Germany or Italy, and perhaps he could then fly to Iceland or maybe be a refugee in Germany. But I don't want to protect him from danger by putting him in more danger,“ says Yaman.