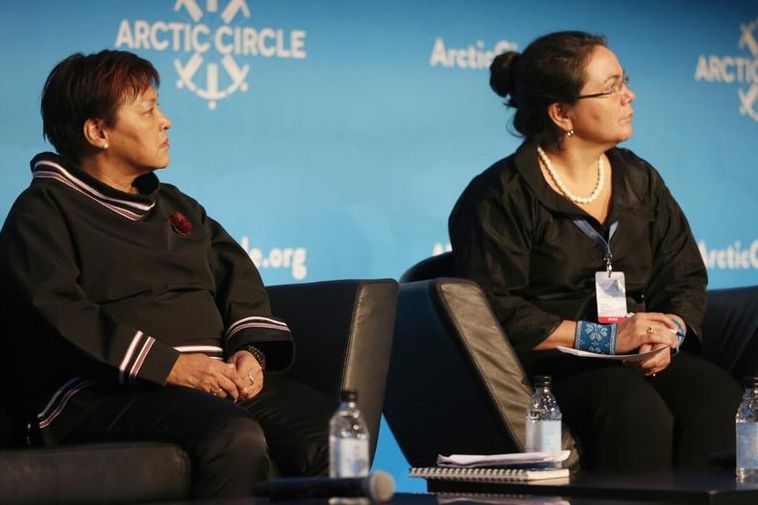 "To all those who think of the Arctic as an empty vastness I would like to say that indigenous people have lived in the Arctic for thousands of years," said Okalik Egeesiak (left). mbl/Ómar Óskarsson
Anna Margrét Björnsson
amb@mbl.is

"When I come to conferences like this and hear of the plans that the rest of the world is making for our region I get nervous,"said Okalik Eegeesiak, Chair of the Inuit Circumpolar Council at the Arctic Circle Summit in Reykjavik this morning.

Eegeesiak was speaking at a special session featuring indigenous voices from the Arctic which also featured Terry Audia, National Inuit Leader and President of Inuit Taipirit Kanatami, Anders Oskal, Executive Director, International Centre for Reindeer Husbandry and Alexey Tsykarev, member of the United Nations Expert Mechanism on the Rights of the Indigenous Peoples, Office of the United Nations High Commissioner for Human Rights.

"Iceland is the only place in the Arctic where there are no indigenous people," said Eegeesiak and added that she therefore found it interesting to come to a conference on the Arctic which takes place in Iceland.