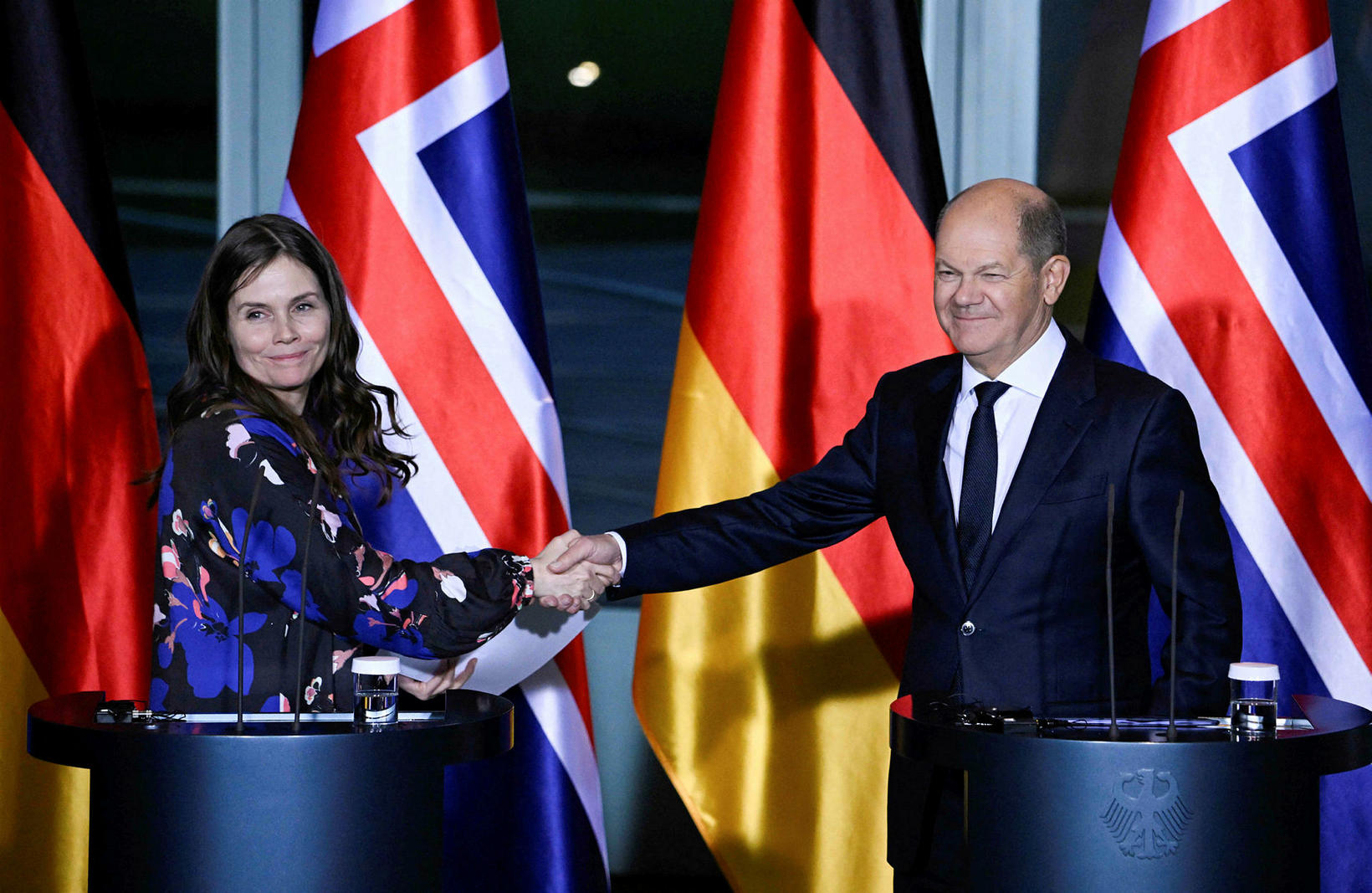 “The war was absolutely central to our conversation,” Iceland's Prime Minister Katrín Jakobsdóttir tells mbl.is of her meeting with German Chancellor  Olaf Scholz in Berlin today.

She says that the war in Ukraine was on the agenda of the meeting, but they also discussed energy and climate issues and Iceland’s chairmanship of the Council of Europe.

Yesterday it was reported that Scholz has agreed to send a Leopard 2A6 battle tanks to Ukraine. 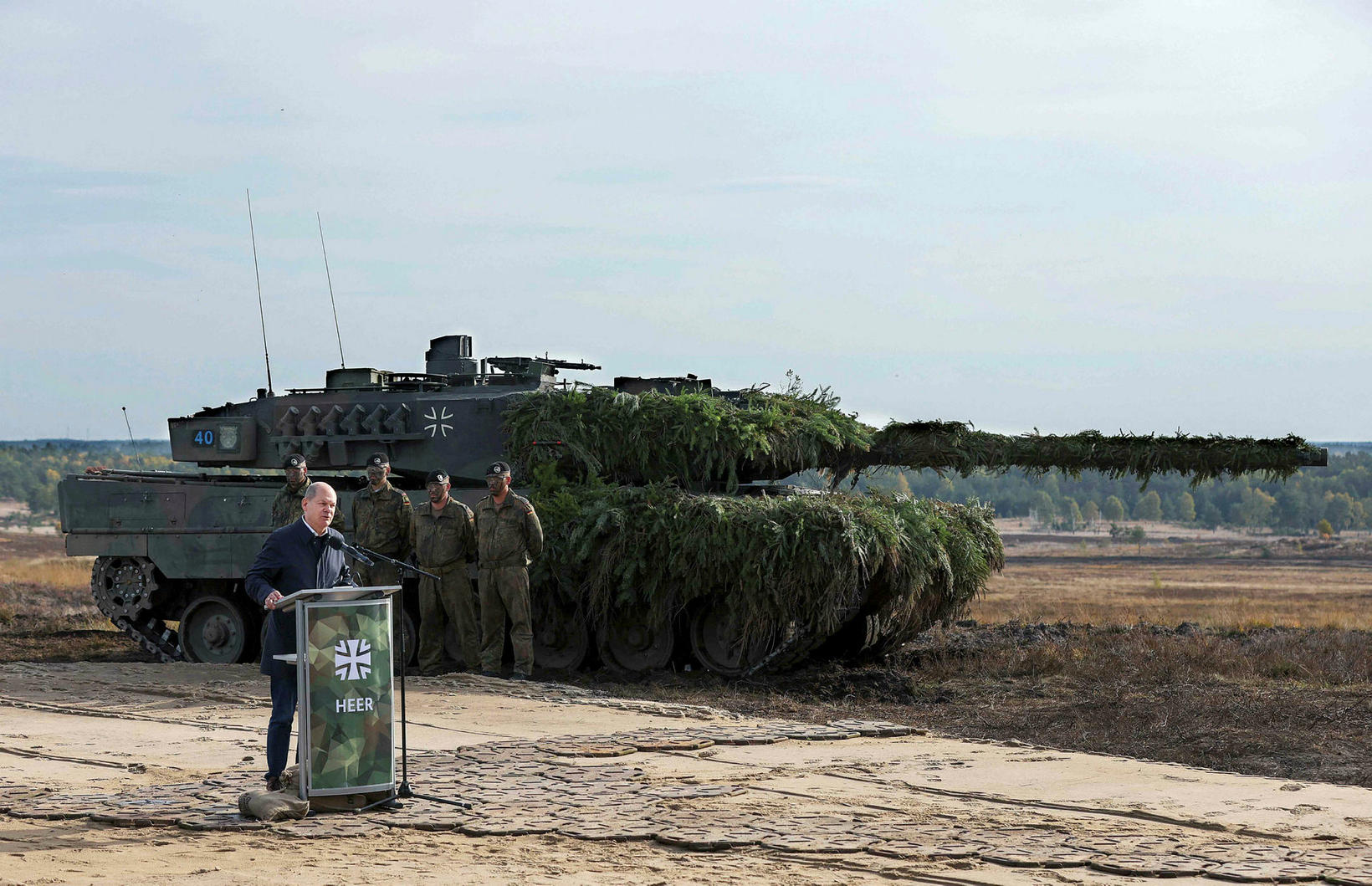 Jakobsdóttir says it is a complete coincidence that her meeting with the Chancellor was the same day the government formally announced the shipment. “There was also, of course, a considerable amount of discussion about the shipment,” she says, adding that it was a big decision.

"It's a very big decision for Germany just because of history. It's a change of direction we've seen in this case. So it's no wonder they have taken the time to make this decision."

Jakobsdóttir says that Scholz stated in their conversation and in the press conference afterwards that the decision is made in very close consultation with German allies, “who are of course our allies as well”.

No peaceful solution in sight

Scholz told the German parliament today that the West needs to be careful when it comes to supporting Ukraine.

"We must always be careful in everything we do that we are doing what is necessary and realistic to support Ukraine, but at the same time that we are making sure that the conflict does not develop into a war between Russia and the NATO alliance," Scholz said.

Jakobsdóttir says that across Europe there are concerns about some sort of escalation of the war. 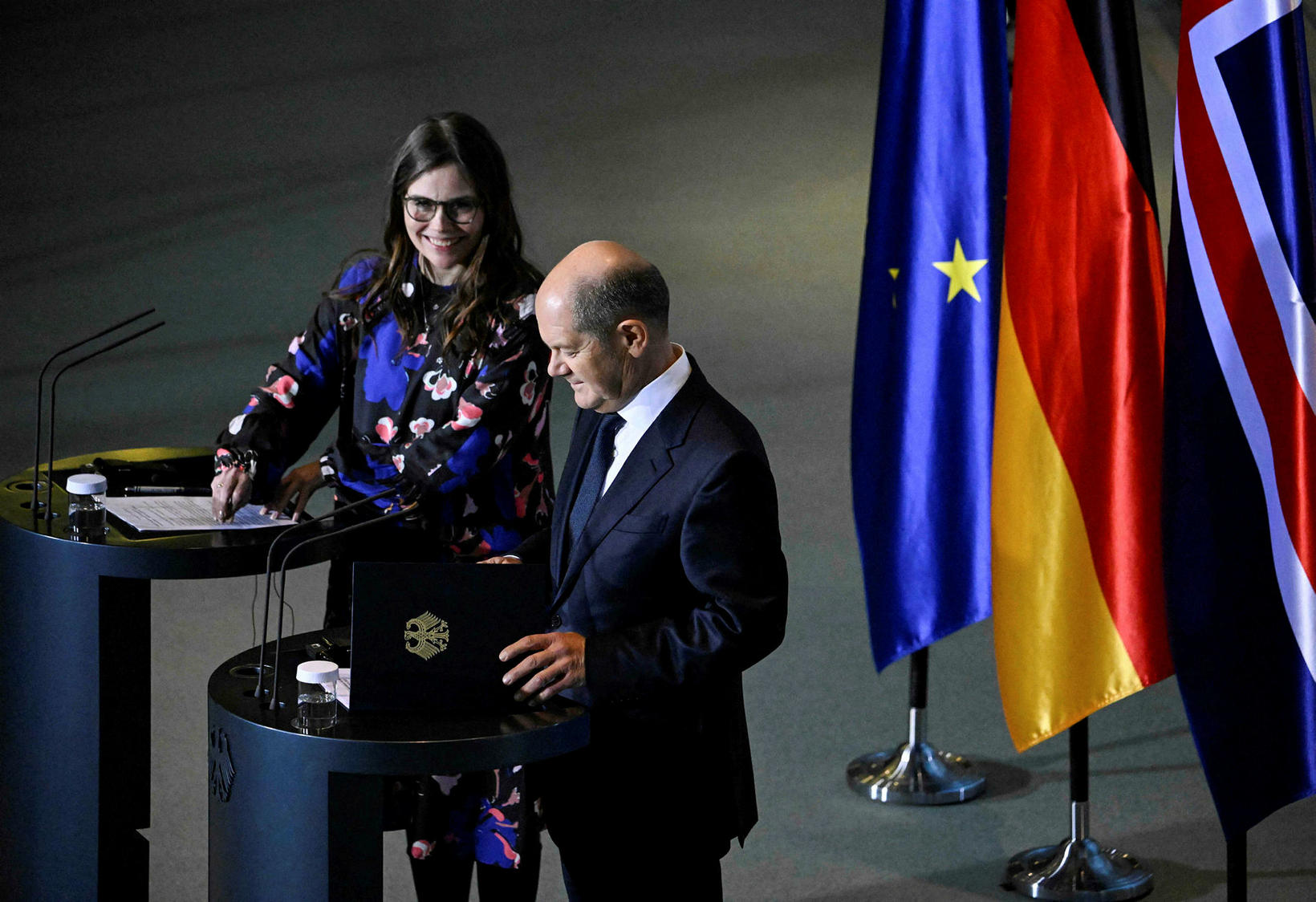 “It’s only natural because there is somehow no peaceful solution in sight in this terrible war. Of course people are concerned, but at the same time there is a very clear consensus on support for Ukraine.”

Scholz will be at the meeting of the Council of Europe

Katrín mentions that they also discussed a considerable amount of the upcoming European Council summit, which is currently chaired by Iceland. She says that Scholz confirmed today that he will be present at the meeting.

“We also discussed the importance of the Council of Europe because of the war. Both the values that are central to the Council and also that it is a forum where the whole of Europe meets – not just the European Union,” says Jakobsdóttir, adding that Russia is no longer in the Council because of the invasion.

She also says that they talked about the climate and energy issues, along with carbon disposal.

“Obviously, there is a great interest in some form of collaboration in the field of research and knowledge in this area. I think that can make a big difference for us Icelanders.”

Jakobsdóttir is now on her way to Strasbourg, where she will be attending the Council of Europe’s  for a Q and A on Iceland chairing the Council.