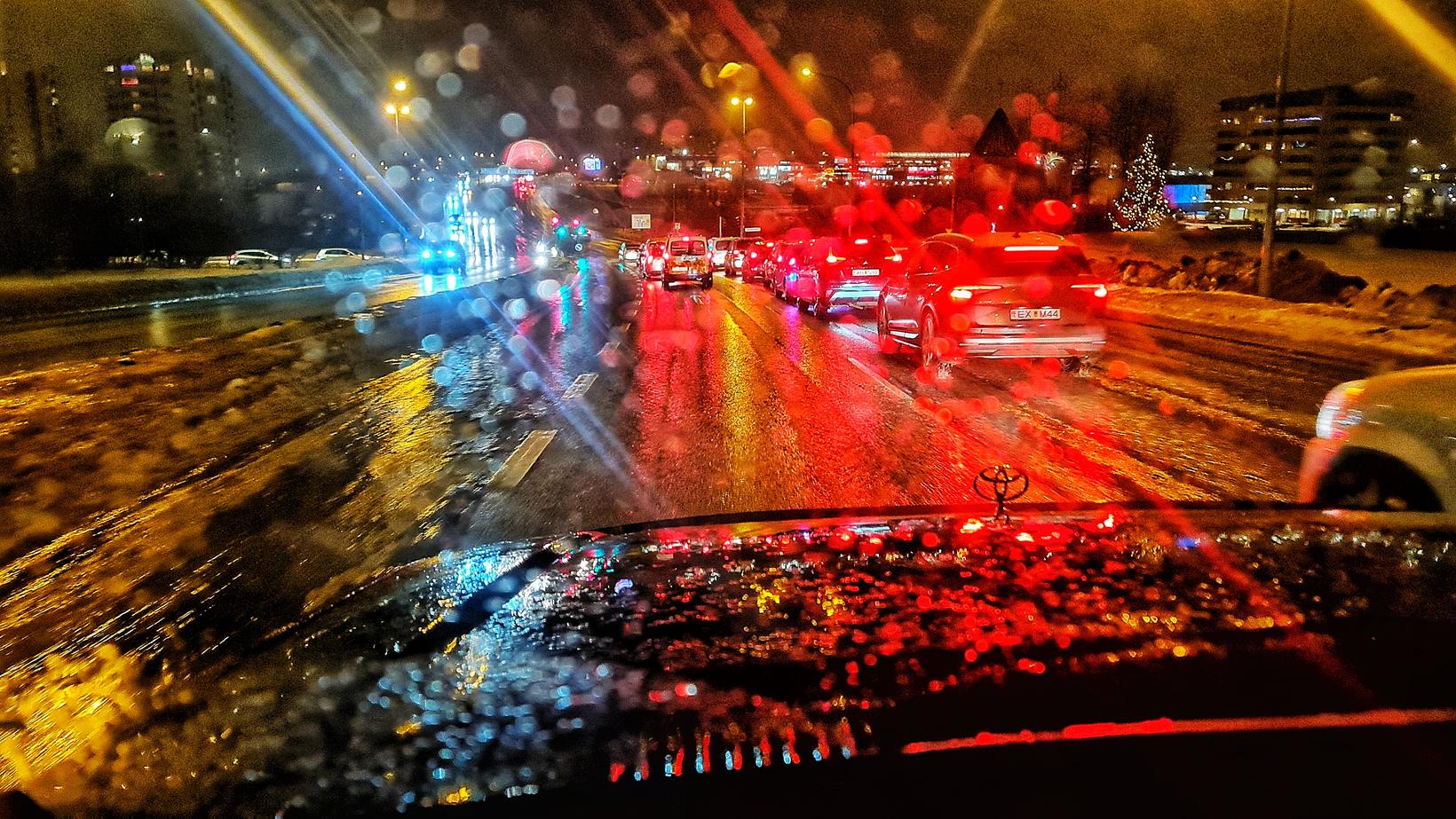 After a long spell of freezing cold the warmer weather is thawing the ice but that means extremely slippery roads and water accumulating everywhere. mbl.is/Árni Sæberg

The warmer weather has brought some problems with excessive water after a long freezing spell. This morning  some drivers have been getting water into their car engine so causing the car to stop after driving through large puddles or water collected on the streets.

Other than that, this morning's traffic appears to have been going relatively well and there has been no emergency calls from the police traffic department so far.

Police busy all over town

Inspector Hörður Lilliendahl, of the traffic department, says the department was quite busy this morning, but the main thing causing problems were vehicles who had “died” after driving through deep water puddles. He said people who had that experience hd to contact Vaka or other similar road services to drag the cars off the streets.

“There is no more traffic than usual,” he says, asked if the traffic was heavy. He also says that it is clear that in most cases people are driving sensibly and taking into account the excessive water and taking their time. 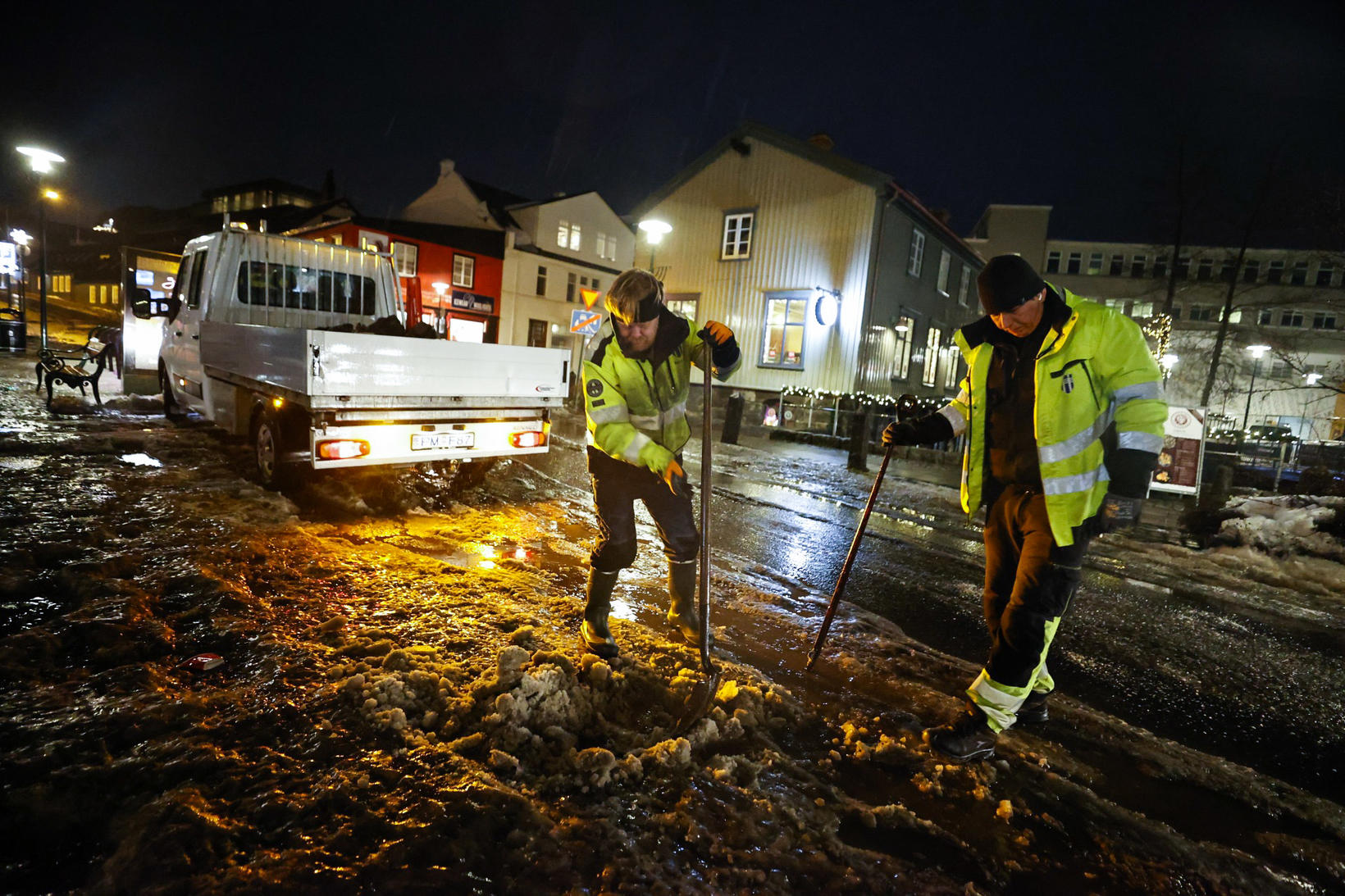 There is a lot to be mindful of in weather like this, and cleaning drains is one of the important tasks. mbl.is/Eggert Jóhannesson

He warns drivers about water collected in wheel tracks as well as several areas where water has accumulated due to blocked drains.

Police warn that there is a great deal of water in many streets in the capital area. Drivers are urged to drive safely and slower because of the circumstances.

There is also a warning of danger because the roads are very slippery, and drivers and pedestrians alike should be mindful of this, the police report said.

“People need to be mindful of the drains and cleaning them regularily, especially the balcony scuppers, but they tend to be forgotten. There is also good reason to warn people against going walking onto ice on lakes or around the beaches. Parents are advised to warn their children about the dangers of this thin ice that can break at any moment in this weather, ” says the Metropolitan Police.

A yellow warning for weather in the capital area is in effect until 6 AM tomorrow morning because of the slippery roads.