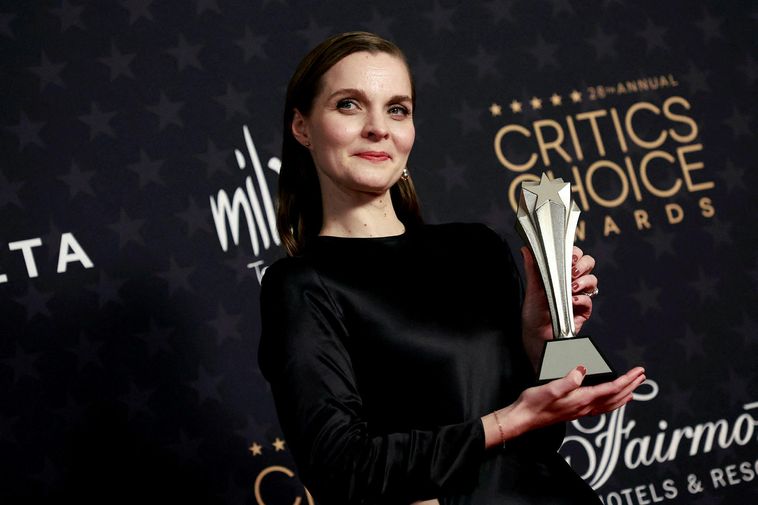 Icelandic musician Hildur Gudnadottir poses in the press room with the award for Best Score for "Tár" during the 28th Annual Critics Choice Awards at the Fairmont Century Plaza Hotel in Los Angeles, California on January 15, 2023. AFP/Michael Tran

The Icelandic film composer Hildur Guðnadóttir was awarded the Critics Choice Award last Sunday. The award was given for her music in the film Tár.

Hildur received two nominations in the original music category in the film, for both Tár and for Women Talking. Other nominees were Alexandre Desplat, Michael Giacchino, Justin Hurwitz and John Williams.

Hildur’s music in the film Tár is not nominated for all this year’s big awards because of the different rules. When it comes to the Oscars, for example, Hildur only has the possibility of a nomination for the music in Women Talking, not Tár because in Tár, its music blends with older music.

It is Hildur’s second time winning the Critics Choice Award, having won the award in 2020 for the musical score in the film Joker.