Turned the road into a sledge slope 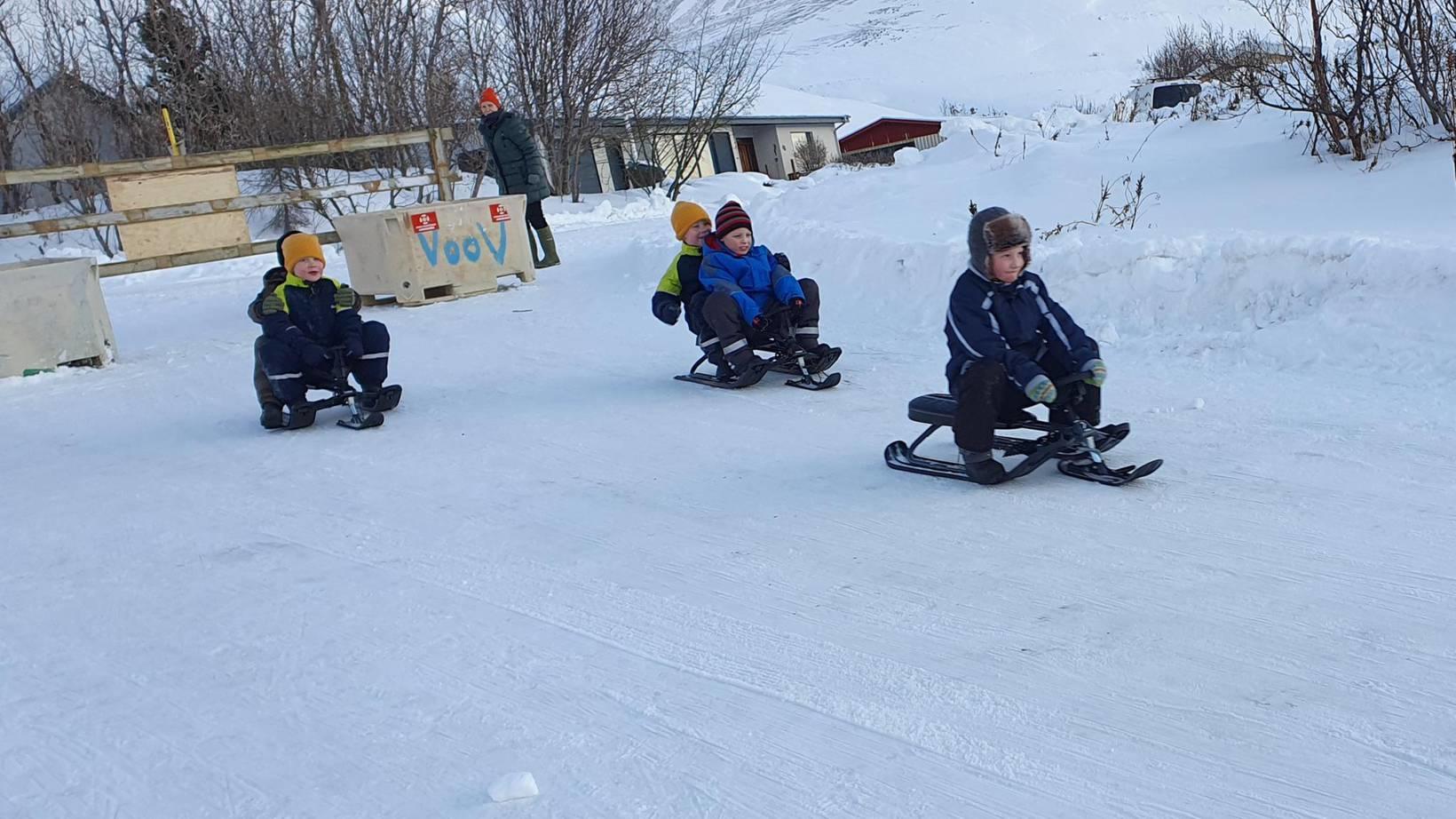 Even though there are a lot of mountains in the area, good natural slopes for sledges are not easily found. Photo/Sent to mbl.is

A decision was made over the weekend to temporarily block the traffic of cars on Hrafnadalsvegur in Tálknafjörður, Iceland, and to turn the road into a sledge slope for townspeople to enjoy. Ólafur Þór Ólafsson, the municipal manager of Tálknafjörður, says the townspeople have been very welcoming of the change.

“We simply got this idea and decided to go for it immediately. This has been done several times before,” Ólafur tells mbl.is.

“Although we have mountains all around here in Tálknafjörður, nature has not created many good slopes near the town, so it was decided to close the road and create a sleigh slope for some time while you can.” 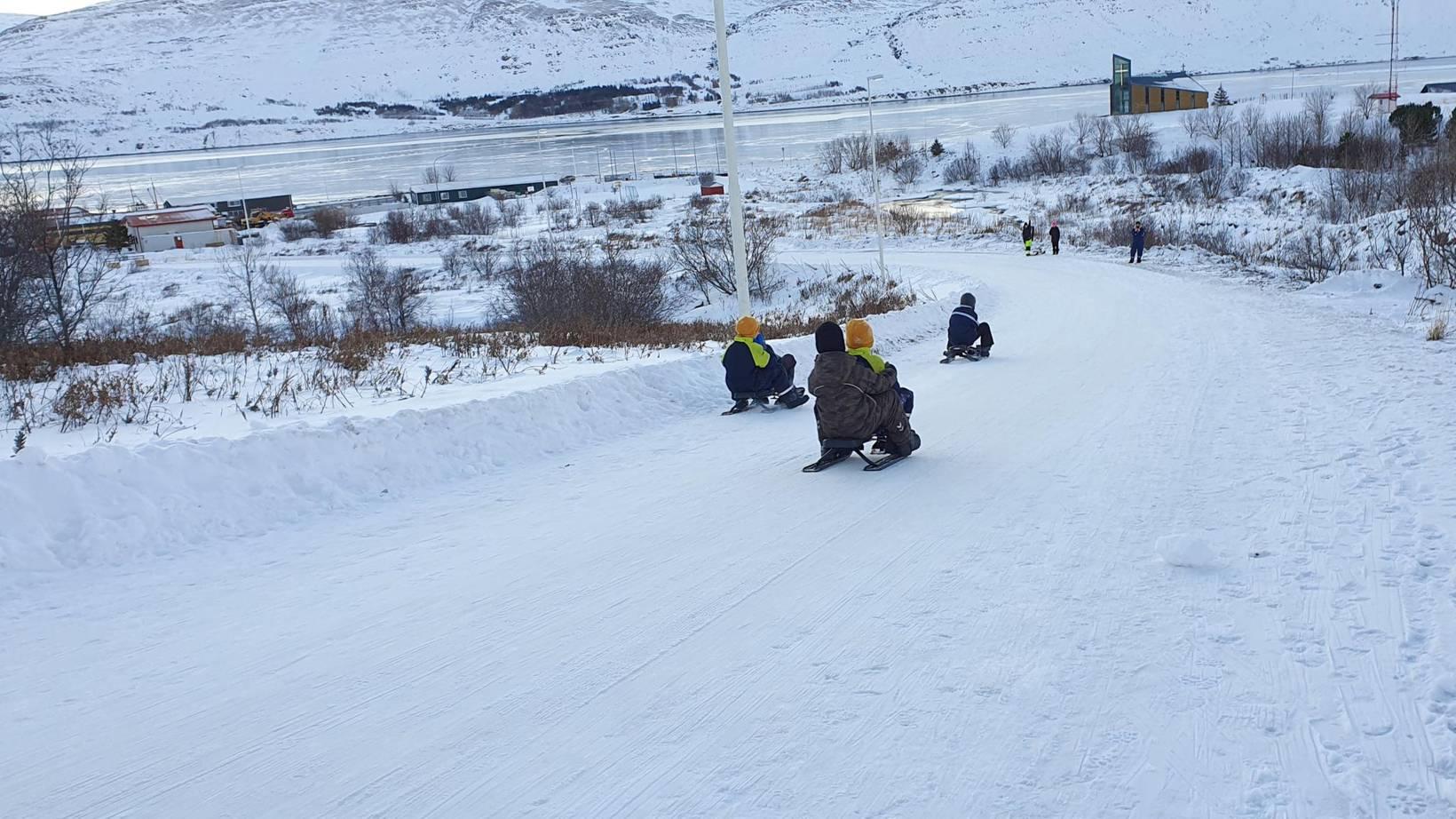 “When the conditions are like they are now, there’s snow over everything and it’s cold, this road is very well suited to sliding. I went out earlier and went really fast,” Ólafsson says, laughing.

He says many people showed up and enjoyed it over the weekend, especially the children in the municipality.

"I just got a call earlier from one of my dads who told me that his boys had gone to the hill four times this weekend and everyone was very happy." 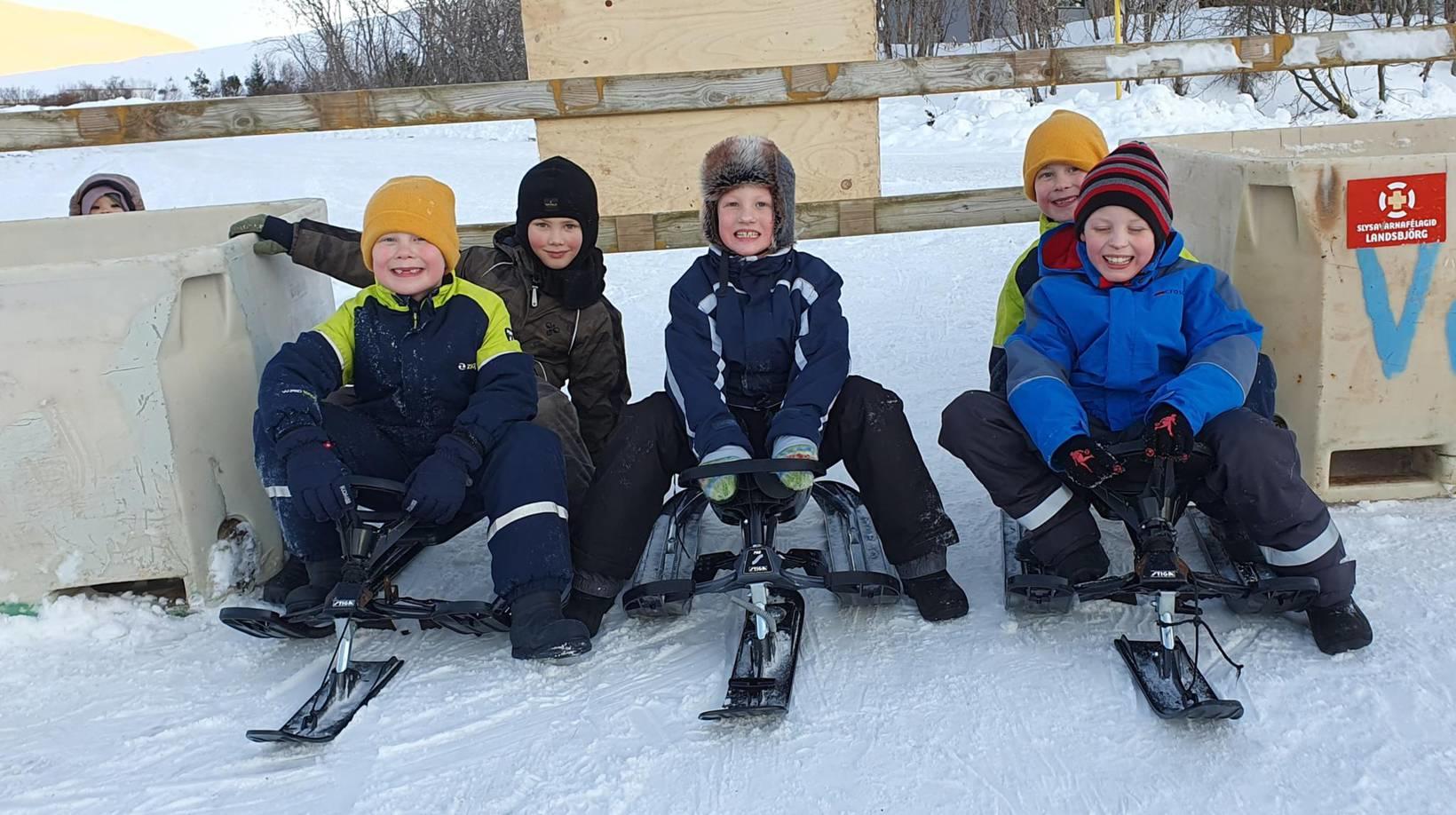 There were some really happy campers on the sledge slope this weekend. Photo/Sent to mbl.is

The hill is open for the next few days

“It’s very fun and fun to be able to do something like that for the people.”

Ólafur says it is not decided how long the sledding slope will remain open, but at a few days into the new week.

“We need to see how the weather will be and whether the traffic calls for this road to be reopened, but right now it looks like we can enjoy this for a few more days.”