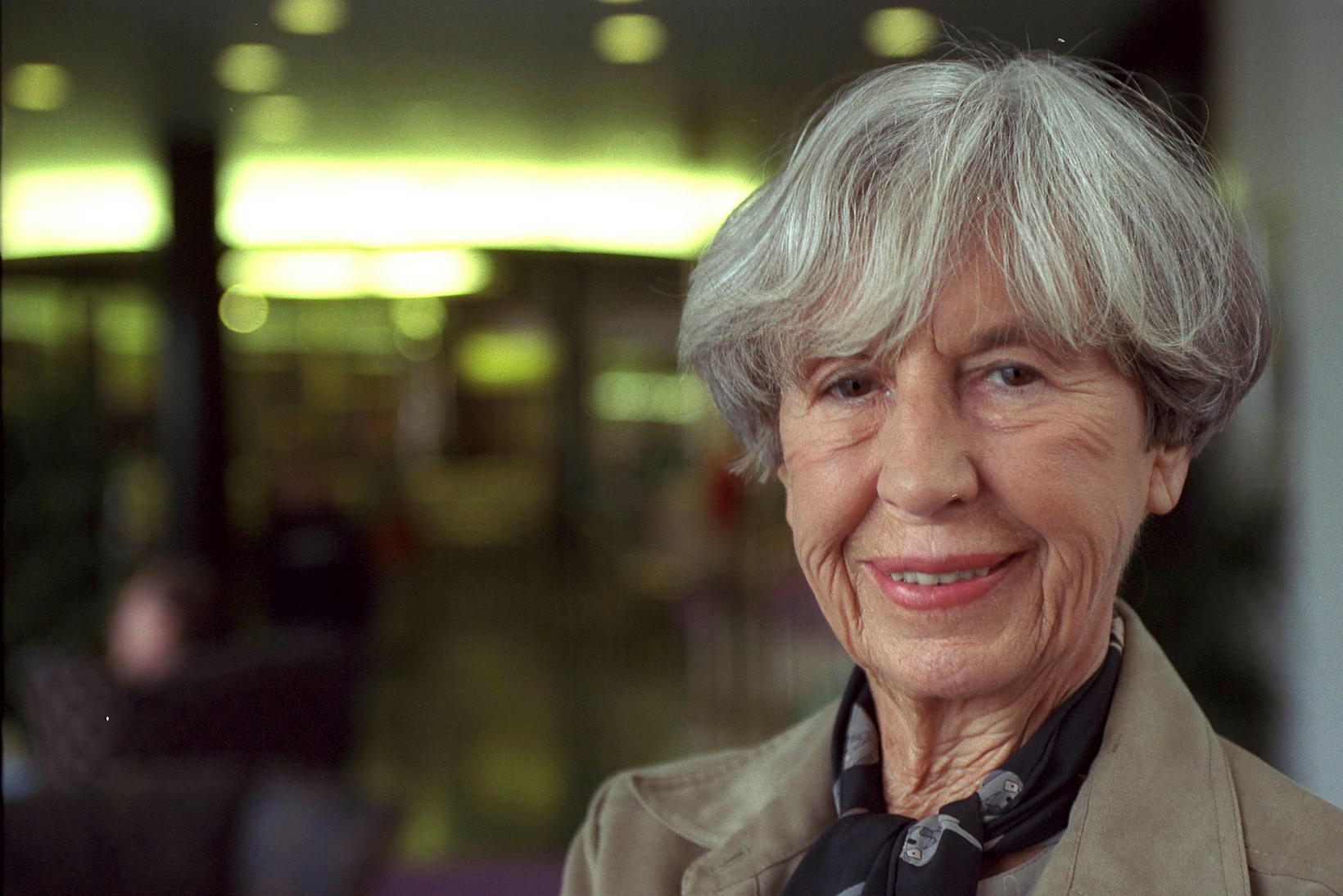 Lise Nørgaard in her much more successful second visit to Iceland. mbl.is/Þorkell Þorkelsson

When Danish writer and journalist Lise Nørgaard , who passed at the beginning of the year, made a long-awaited visit to Iceland at the invitation of the Danish ambassador, it would be a shame to say that she received a generous welcome. This respectable older woman was taken for a thorough drug check at customs. She was severely insulted, and flew home immediately with the next plane.

Nørgaard explained his ordeal some years later in a television interview in Denmark. Bjarni Sigtryggsson, a member of the Icelandic embassy in Copenhagen, saw that interview and was mortified. “God almighty! We need to fix this!” he thought, and he called Nørgaard and invited her to visit Iceland in the fall of 2000.

That visit turned out to be much more successful. Ambassador Helgi Ágústsson arranged to drive Nørgaard to Kastrup himself, and in Iceland a private car by the Minister of Foreign Affairs was waiting for her arrival. Customs officers were on the honor guard by the airplane.

Nörgaard signing her book Kun en pige (Just a girl) in the bookstore Mál and Menning at Laugavegur in Reykjavík. mbl.is/Árni Sæberg

Bjarni accompanied Nørgaard on the visit, who immediately took an unexpected turn at a meal at Hótel Sögu. “Kári Stefánsson came to greet us and we invited him to sit down with us,” recalls Bjarni. “From then on, Kári invited us to visit his father-in-law, the painter Kristján Davíðsson, where he had intended to drink evening coffee. Christian and Lise immediately took to each other like old playmates, and she was impressed by what he was working on in his workshop."

Can't I just watch with you guys?

Then there was a another pleasant surprise. Davíðsson’s wife, Svanhildur Marta Björnsdóttir, announced that she was going to watch an episode about a Danish women on television once they had finished drinking coffee. That TV program turned out to be about Lise Nørgaard. "Can I not just watch the show with you?" Nørgaard will asked, but she had previously made two attempts to watch said episode about her lifetime, but somehow it had never worked out. The first time she was going to watch the show with Queen Margaret, but she missed most of it because the Queen was asking her so many questions. The second time, the same thing happened, when Nørgaard tried to watch the show with her children. This time she was given a good deal of privacy.

According to Sigtryggsson, the trip made for a very good time for Nørgaard, who signed books at Mál and Menning bookstore, saw a performance at the Icelandic Opera and enjoyed the nightlife. “Lisa’s stamina surprised me, but at the time she was in her 80s,” says Sigtryggsson,“ but when I asked if she didn’t need to rest, she looked at me in amazement and asked, ‘Tell me, how old are you?’

Nørgaard was thrilled with the trip and later recounted it in a television interview in Denmark. Sigtryggsson received Christmas cards from her until the very last few years of her life.

Nørgaard created and co-wrote the TV series Matador , which is one of the most popular TV series to be shown in Denmark and in Scandinavia in the late 1970s and early 80s and it was also a huge success in Iceland at the time.