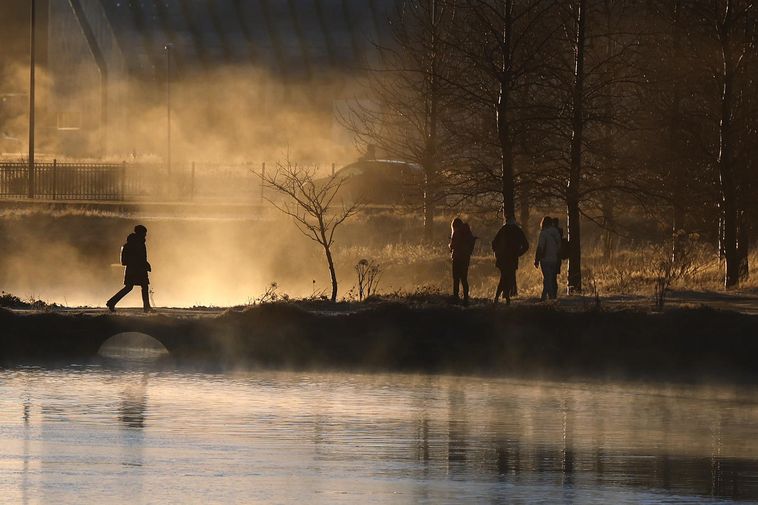 December brought some record cold weather all over the country, but especially in the capital region which has not seen such cool numbers for over að century. mbl.is/Eggert Jóhannesson

December has not been as cold in over 100 years in Reykjavík, but the last time it was this cold in the capital was in December 1916, according to the Met Office.

The month was the eighth-coldest December on record nationwide since the start of recording temperatures.

Hasn't been this cold for 50 years

The country was dry for most of the year, and in many parts of the country, December rainfall was the lowest recorded in decades.

The average temperature in the month of December in Reykjavík has only been lower three times before, which was the December of 1878, 1886 and 1880, when it was much colder.

Minus 22,8 degrees Celcius in Víðidalur in Reykjavík

The sunniest December Reykjavík ever

The silver lining for people in the capital area is that Reykjavík was unusually sunny in December. The sunshine hours were 51.0 hours during the month, which is 38.4 times above average for the years 1991 to 2020. This is the sunniest December since the beginning of recorded temperatures. In Akureyri, the sunshine hours were 0.9, which is just above the average for 1991 to 2020.