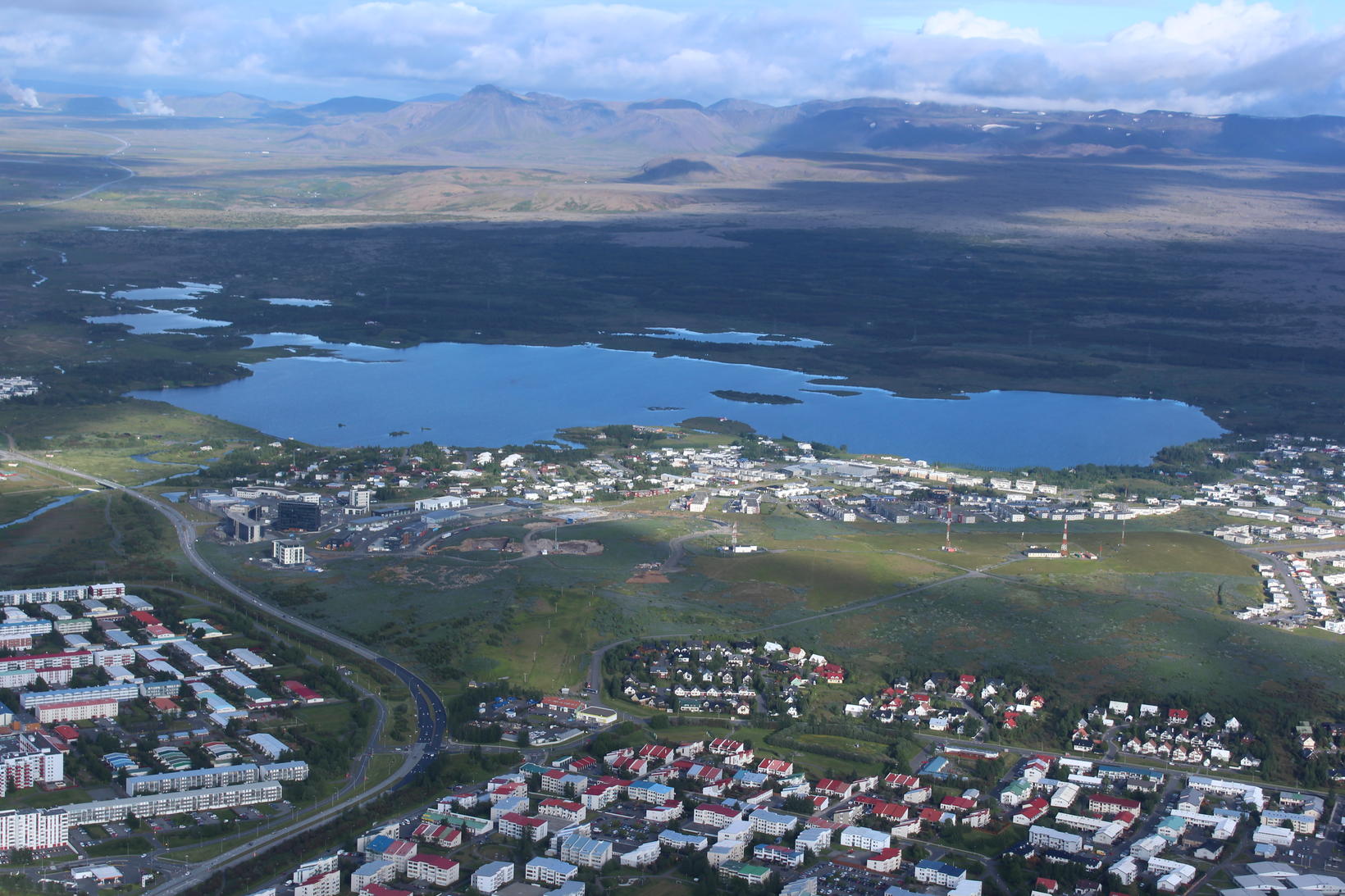 Elliðavatn seen from the air. The island where the boys got stuck yesterday can be seen there. mbl.is/Sigurður Bogi

A pump truck and an ambulance had to be called out after several boys had waded into lake Elliðavatn yesterday and were stranded there and couldn’t get back.

“There were some boys who had been fooling around and waded to an island in the lake and then could not get back,” says Sigurjón Hendriksson, an officer of the Fire Department.

He says that the problem was solved swiftly.

“We took a pump car and a boat and a board with us, so it was solved in a short time,” he tells mbl.is.

The police warns about icy lakes, rivers and streams, because the ice can break easily as happened yesterday. Photo/Police

The boys had landed in the lake after the ice broke away from them. This is reflected in the police announcement, warning of ice-covered lakes, streams and ponds that can be very attractive for kids in the cold.