Looking for a man who fell overboard 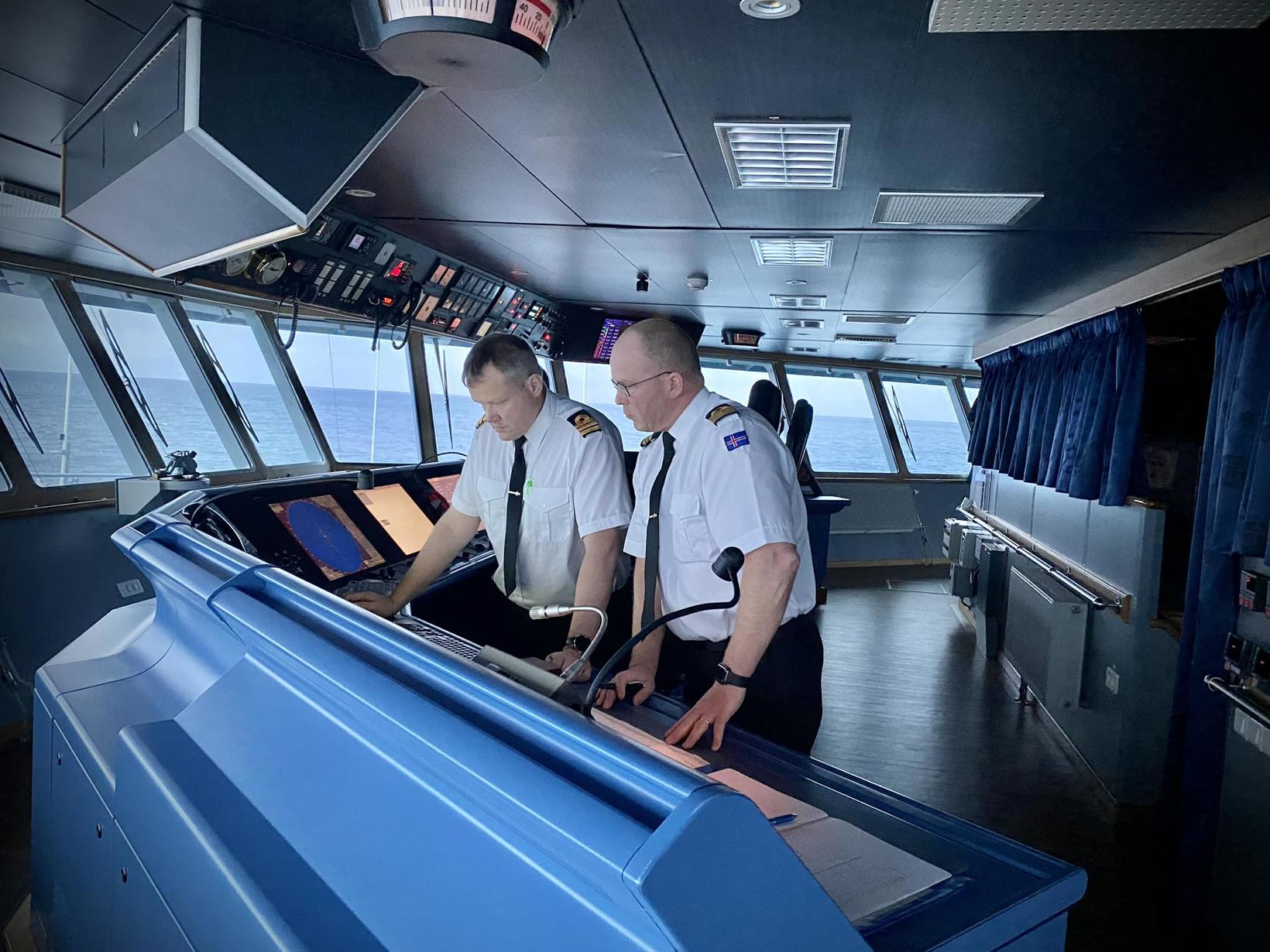 Páll Geirdal, the captain and Eiríkur Bragason, the head pilot of the Coast Guard ship Þór, were going over the search area yesterday. Photo/Landhelgisgæslan

The search for the man who fell into the sea off Garðskagi on the tip of the Reykjanes peninsula just before five o’clock Saturday has not yet been successful. Fifteen ships and boats, along with two helicopters, were  participating in search operations in the area on Saturday.

This was confirmed by Guðmundur Birkir Agnarsson, operations manager at the Icelandic Coast Guard, in a conversation with mbl.is on Saturday.

The fishing vessel was fishing was in the far outer reaches of Faxaflói Bay when the crew member fell overboard. 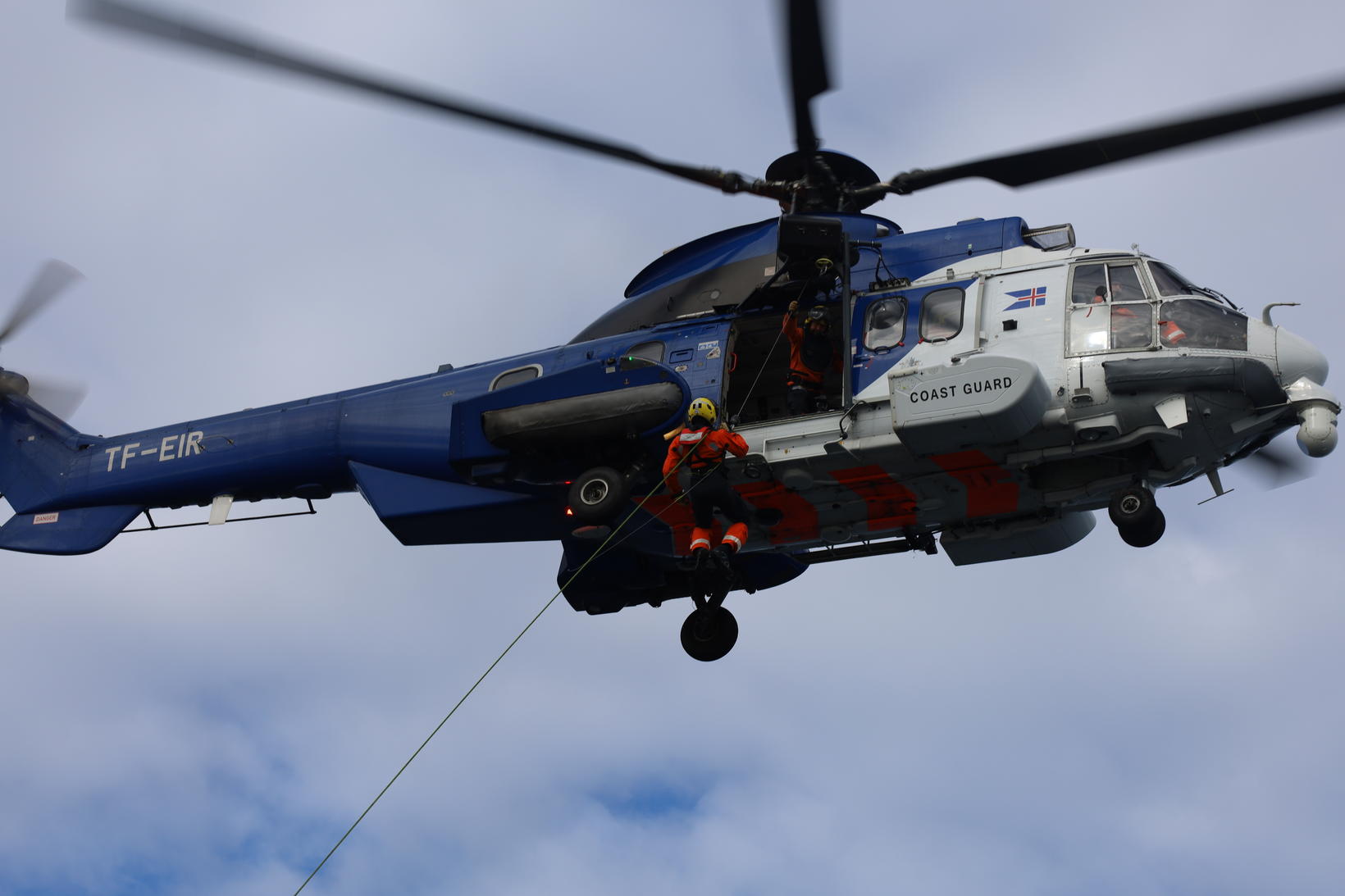 The search was conducted from the air and on sea. mbl.is/Sigurður Bogi

Guðmundur says the search will continue until something else is decided.

“There are two helicopters that have been searching, fifteen ships and boats, one patrol vessel and a fishing vessel and a lifeboat from the ICE-SAR Association.”

The conditions, according to Guðmundur, were fine despite the darkness of the night. The weather was relatively calm.

The search continued this morning at daylight

The search continued on Sunday with eight ships and a Coast Guard helicopter.

The search area, located about 25 nautical miles northwest of Garðskagi, has been expanded. 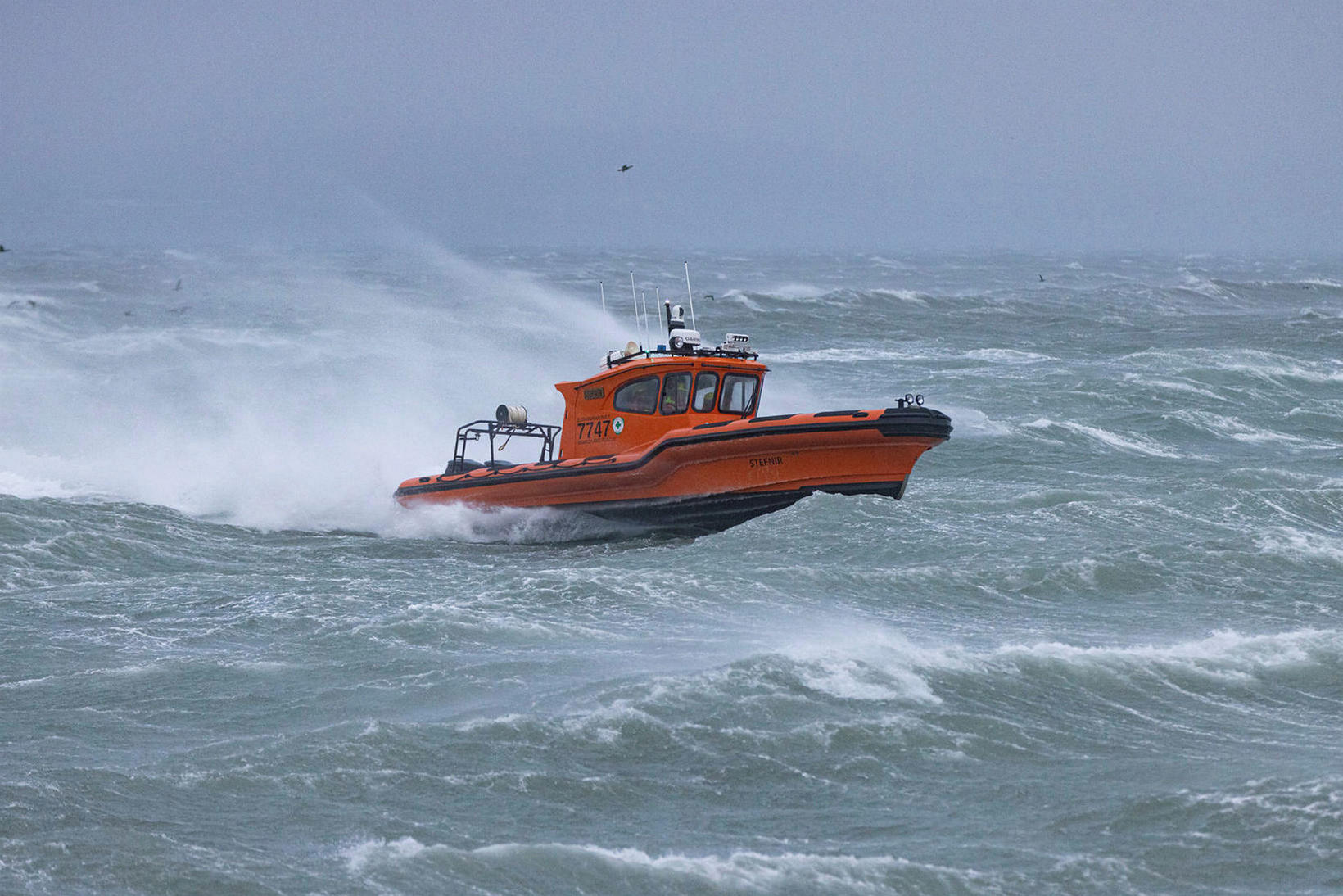 The rescue ship Stefnir KÓ training in bad weather. Stefnir is one of the rescue ships that has been searching for the man who fell overboard. photo/Rafnar

The patrol vessel Þór, the rescue ship of ICE-SAR Landsbjörg, as well as fishing vessels, are involved in the search. The patrol vessel Þór is undertaken by the field command. A total of eight vessels are searching, along with a helicopter squadron of the Icelandic Coast Guard searching from the air.

There are reasonable conditions for searching, but visibility is limited. It is expected that search will be conducted while conditions allow.