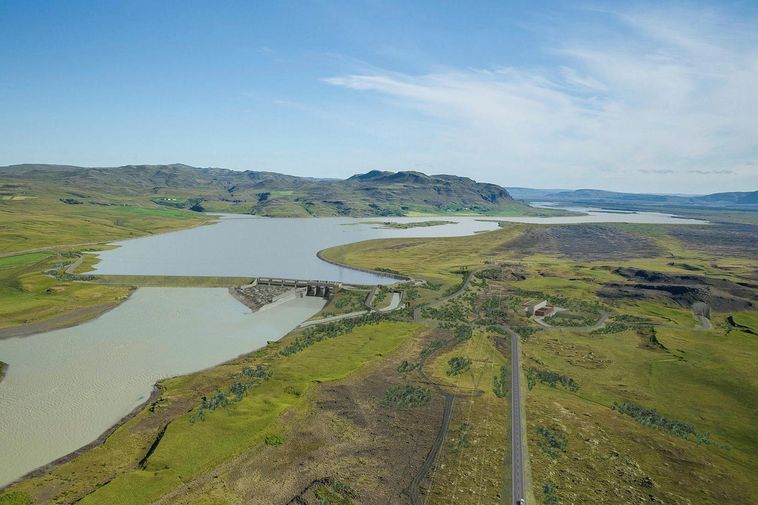 The blueprint for Hvammsvirkjun is already fully designed and the only hindrance to starting the job are the permits. Computerized photo/The National Power Company of Iceland

Delays in issuing a permit for the power plant for Hvammsvirkjun can delay the entire permitting process for a whole year.

The National Power Company of Iceland cannot apply to the municipalities for an executive license until the activation permit is granted.

Chief executive Hörður Arnarson says that it would have been possible to start preliminary construction work this year, but it is clear that it will not be until next year, even though the construction permit will be granted in the coming days because the municipalities have yet to review and process applications for development permits.

Negative effects on other projects

After all permits are granted, it takes 3-4 years to tender the construction project and build the buildings. Asked about the impact of the delay, Hörður says that it will negatively impact society  because they delay the use of the energy for energy exchange and commercial operations that are already on the drawing board.

“We consider this a very excessive time of procedure. It took three and a half months to process the power plant permits for the last two major power plants for Landsvirkjun. We agree on applying professional procedures but believe that this has also been done with the other applications,” Hörður Arnarson, director of Landsvirkjun (LV), says about the explanations of the Director of Energy about the delays in issuing the power plant permit for Hvammsvirkjun in the lower part of Þjórsá.

Applied for the permit a year and a half ago

The issuing of a permit for the power plant for Hvammsvirkjun, which Landsvirkjun applied for a year and a half ago, is in the final meters at the National Energy Authority.

Halla Hrund Logadóttir, the director of the National Energy Authority, did not directly answer a question from a reporter for Morgunblaðið about whether this constituted a normal procedure period, but gave as an explanation in an interview published in the paper yesterday that the matter was extensive and complex and would need to be carefully considered.