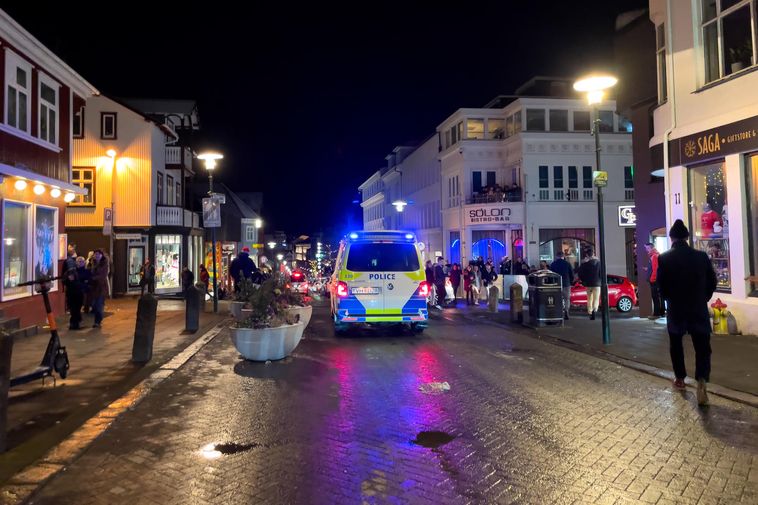 The police downtown where Laugavegur and Bankastræti meet. The attack was in a bar in Bankastræti. mbl.is/Ari

At least three people are wounded and were taken to the emergency room of Landspítali hospital after a confrontation at the Bankastræti Club in downtown Reykjavík last night. Three people are believed to have been stabbed.

Witnesses outside the bar last night saw a group of men walk into the Bankastræti Club, covering their faces and running out shortly after. They escaped in a car, was reported by Fréttablaðið last night.

Help got there soon and the police, ambulances and the Special forces were at the scene. The three people that were stabbed are believed to be seriously injured but not fatally wounded, according to Fréttablaðið.