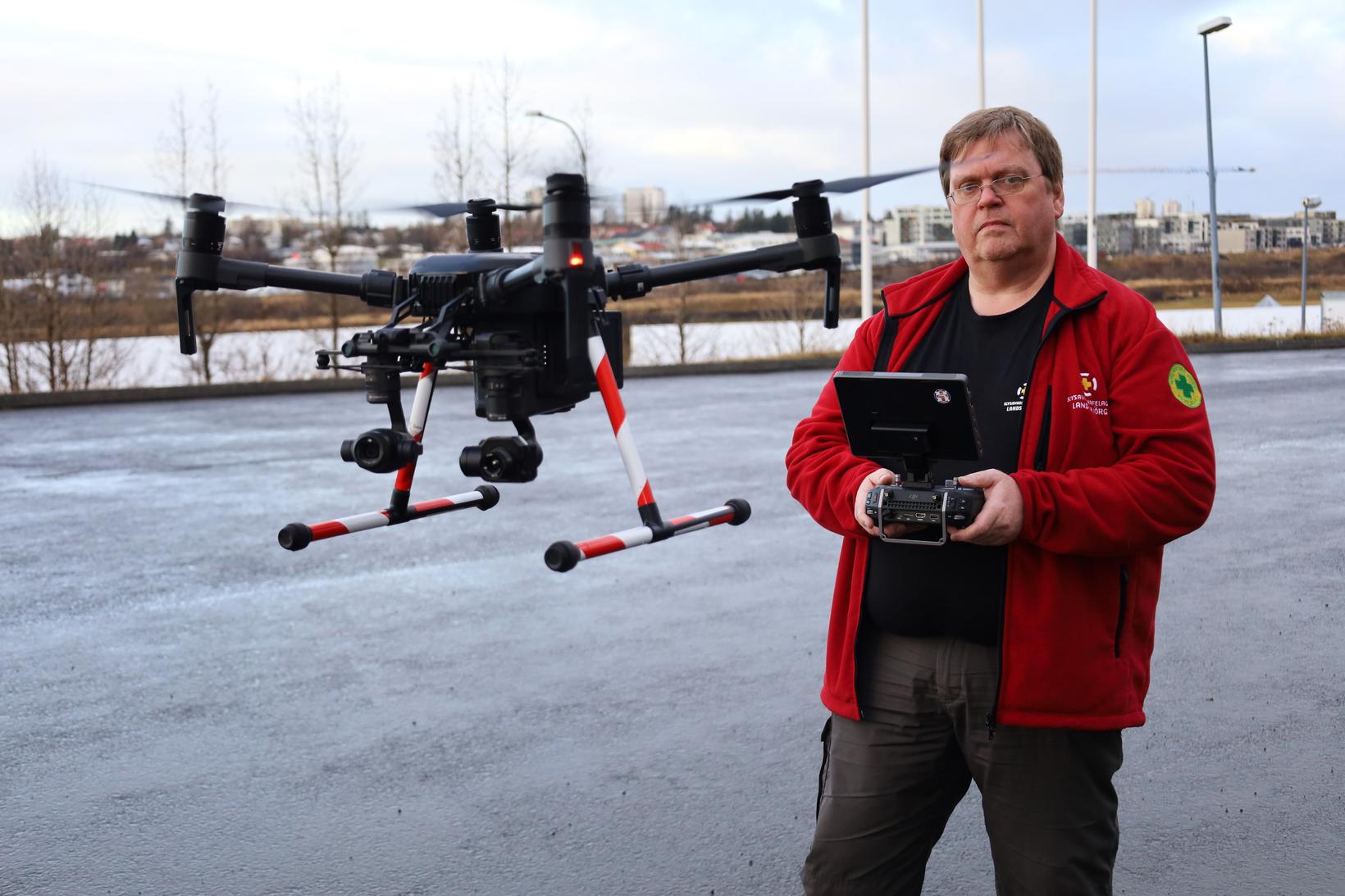 Davíð Oddsson in the Drone Group of REY-SAR operating one of the drones. Morgunblaðið/Sigurður Bogi

Within the rescue group REY-SAR in Reykjavik, there is an active group that performs drone flights, as in the rescue service, there has been a good experience of using drones to search for missing people. Using thermal-cameras can be useful because they detect signs of life and are useful when exploring rocks, creeks, rocky beaches and similar conditions.

“We have already a decent training and we in the Drone Group, are often called for special tasks and search operations,” says David Oddsson, a computer scientist. He joined the rescue team in 2012 and quickly chose to oversee various search techniques. Going to the drone group was a natural step and today David is leading a team of 10 people. 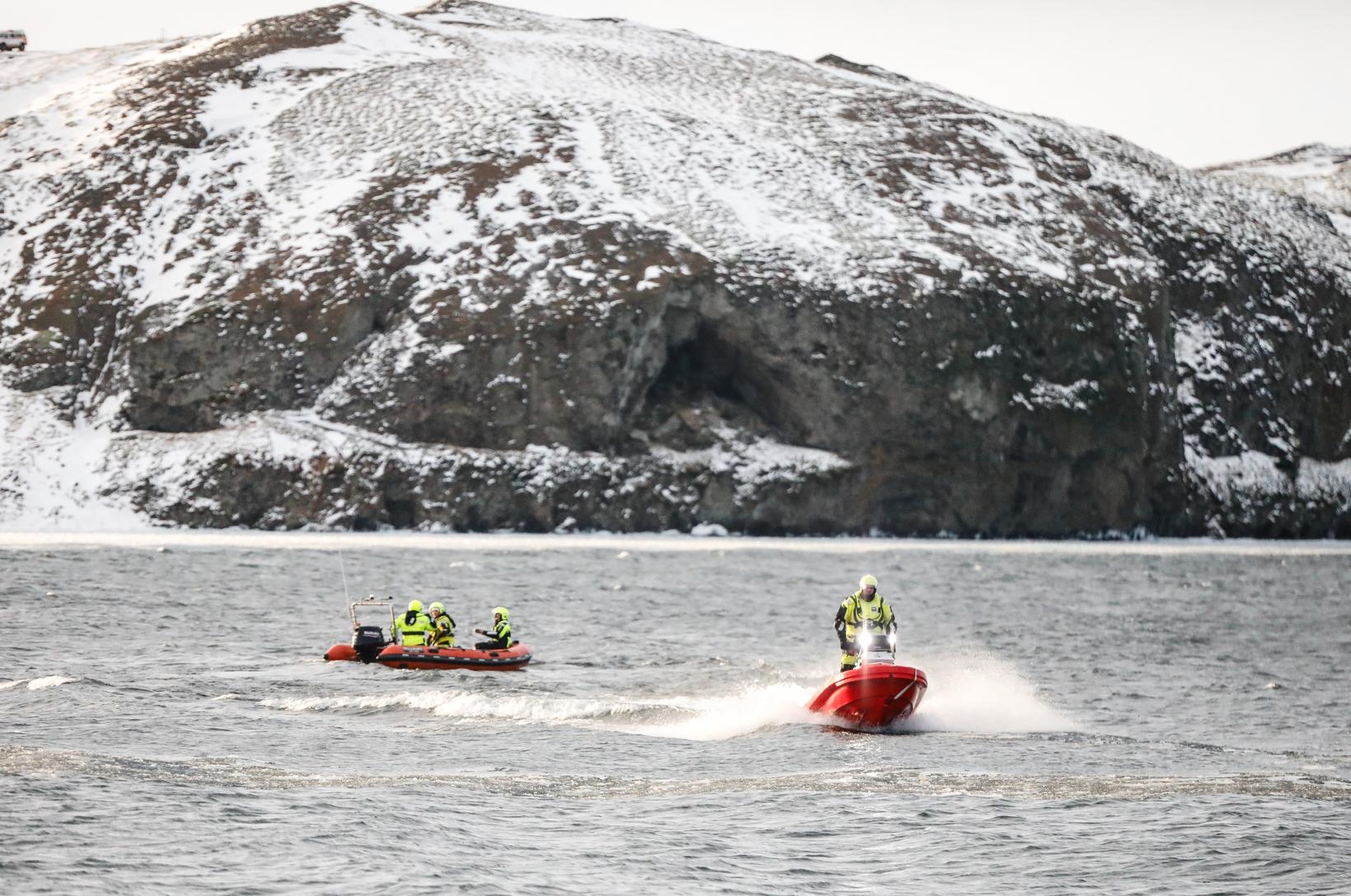 "We take 1-2 formal training exercises every month. We have two large drones used for calls and search operations and we have training sessions for their use. We also have two smaller drones, and our team can take them home and practice there."

Works really well in the dark

The largest drone used by REY-SAR in Reykjavik is the DJI Matrice M210. That one has two main attachments, either for cameras or other equipment.

"If you are looking for missing people and you have to cross large open and wide areas, drones are extremely convenient devices. Especially in the dark, as thermal cameras are incredible devices. Sometimes we will have drones swarming over the search or operational areas. This way, the human resources in the command center can see exactly what the situation in the field is like and control operations based on it,” says Oddsson.