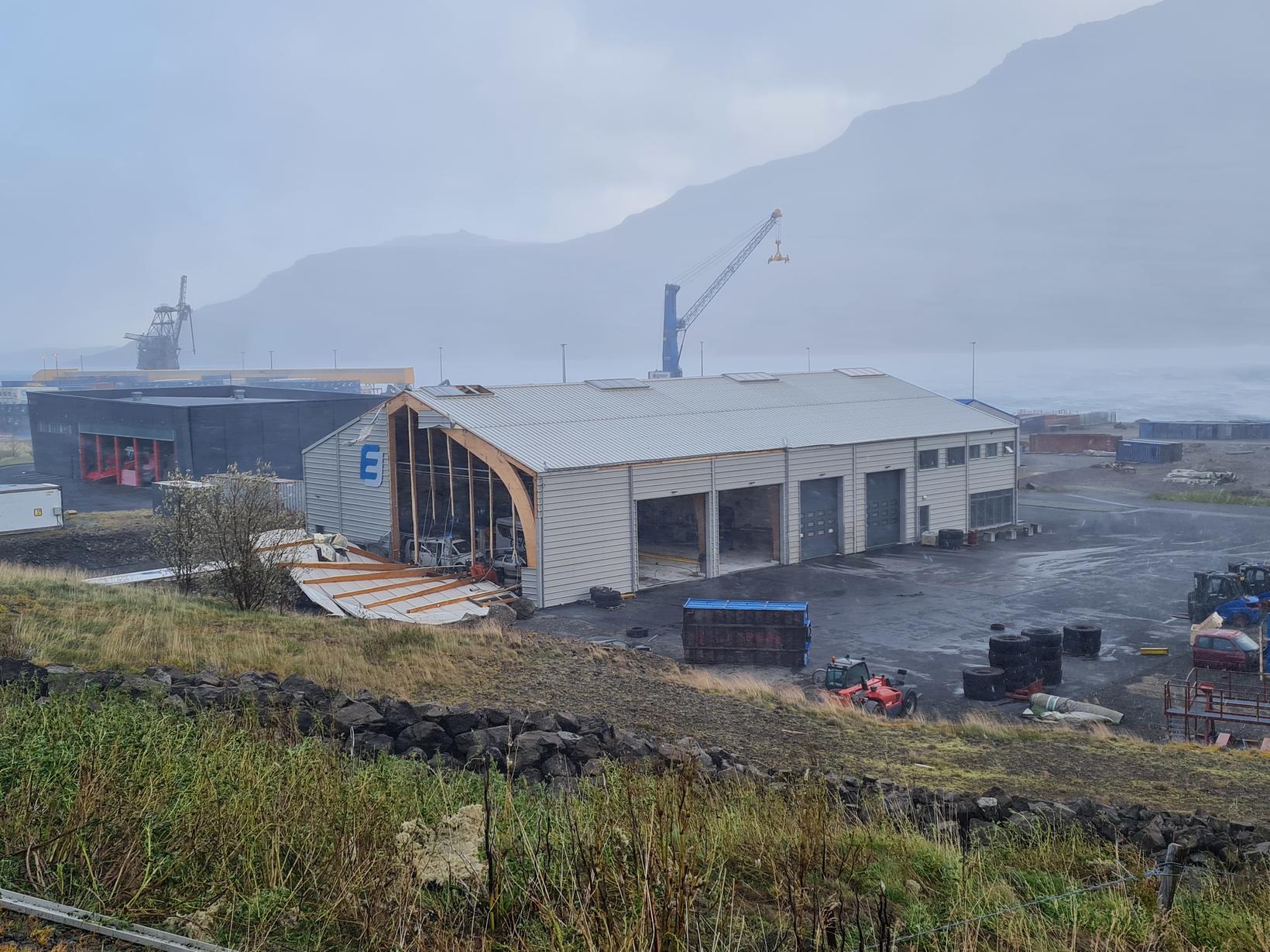 One side of the Eimskip building collapsed in the strong winds. Photo/ Ragnar Sigurðsson

A lot of buildings and vehicles were badly damaged in the storm on Sunday. Damages are visible all over the town, broken windshields, roof damages all over, mostly in the industrial buildings.

Ragnar Sigurðsson, a municipal representative in Reyðarfjörður, went outdoors yesterday to see the damages and take pictures. He went driving and could really feel the wind in his car. People have been advised to stay indoors until the wind subsides, so there have mostly been volunteers in the rescue teams that have been seen in the town. 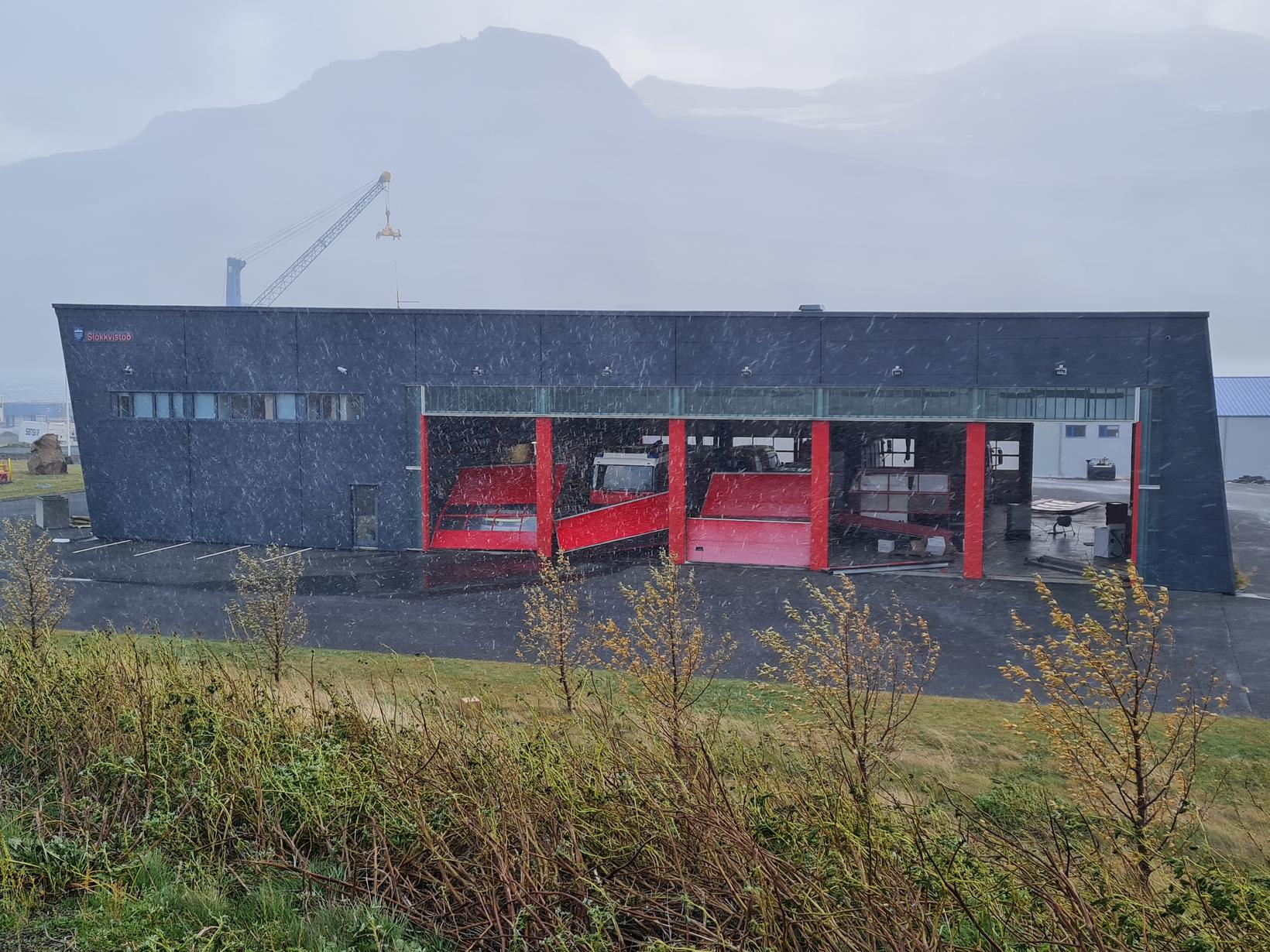 The garagedoors at the Fire Station were damaged. Photo/ Ragnar Sigurðsson

"The weather here is horrible. One of the wartime huts of the War Musem collapsed and the Byko building has had a lot of damages. Furthermore, there are damages in Mjóeyrarhöfn port and the Fire Station. The same goes for the Eimskip building."

He says containers flying around in the wind. "You could say that this is like a warzone at the moment. I have never experienced anything like this. Whole hedges have been uprooted and taken by the wind."

Not a normal workday on Monday

The wind comes in powerful  gusts, but Sigurðsson said that the wind was supposed to go a bitdown Sunday evening. However, there will still be weather alerts in place on Monday. 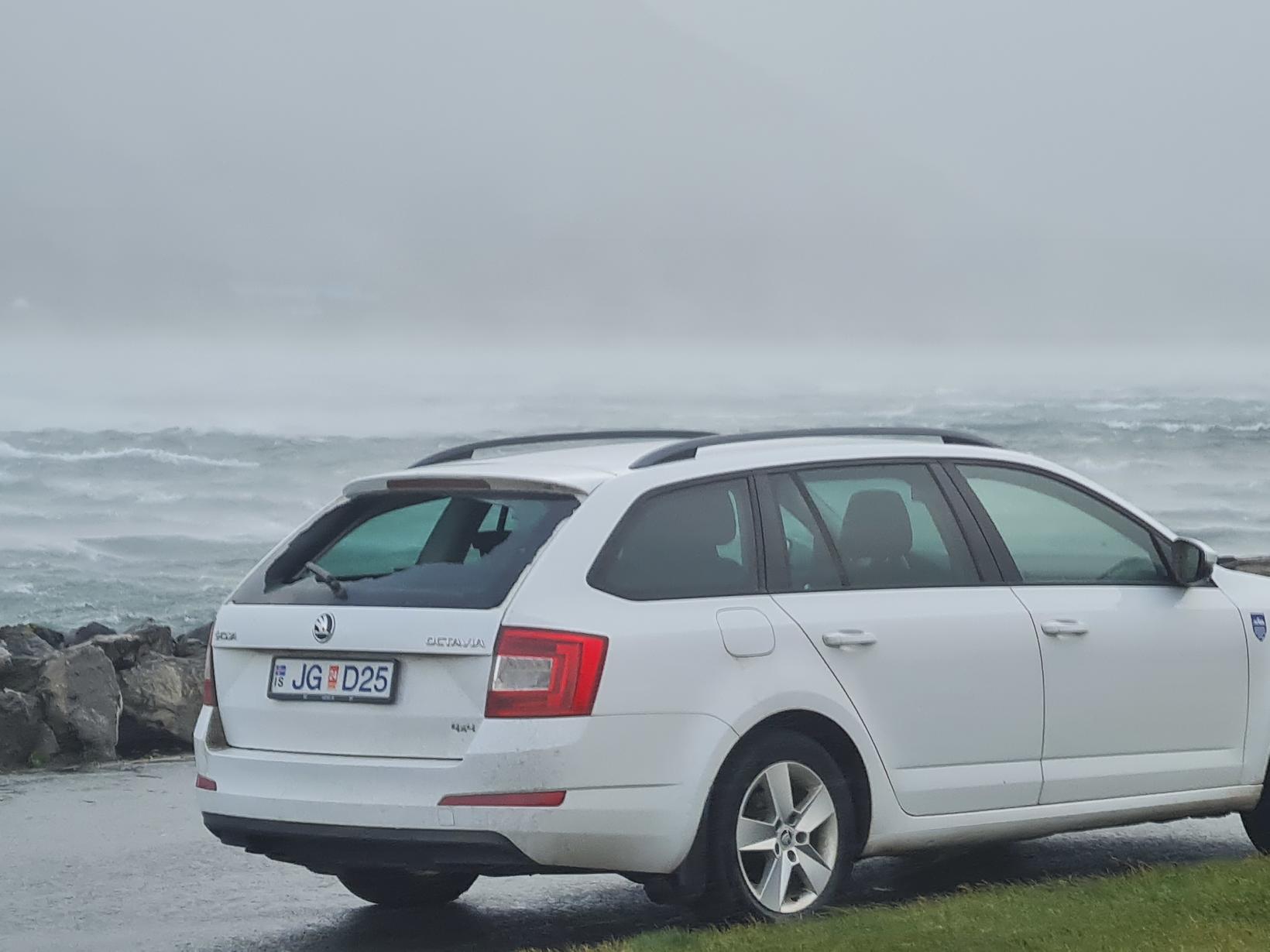 Even car windshield were broken in the wind. Photo/ Ragnar Sigurðsson

The Department of Civil Protection and Emergency Management had a meeting on Sunday to decide whether schools would be open on Monday. When it comes to people going to work, he said it was clear that people would not have normal workdays on Mondays, because with the town in such a state, most people will probably be cleaning up the mess.

"We will finally see the overall pictures of what happened here when the weather goes down, but it is clear that we have suffered a lot of damages." 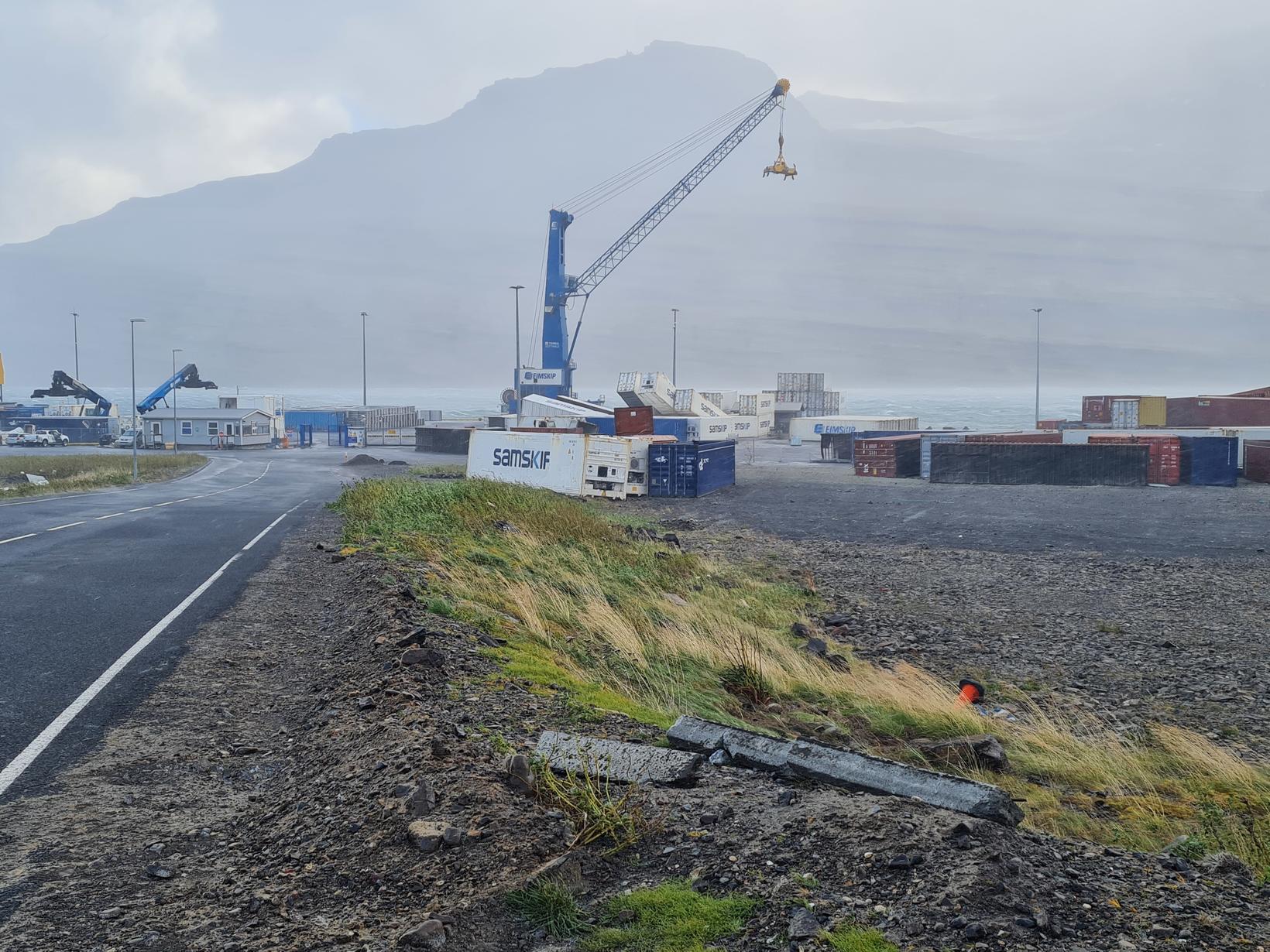 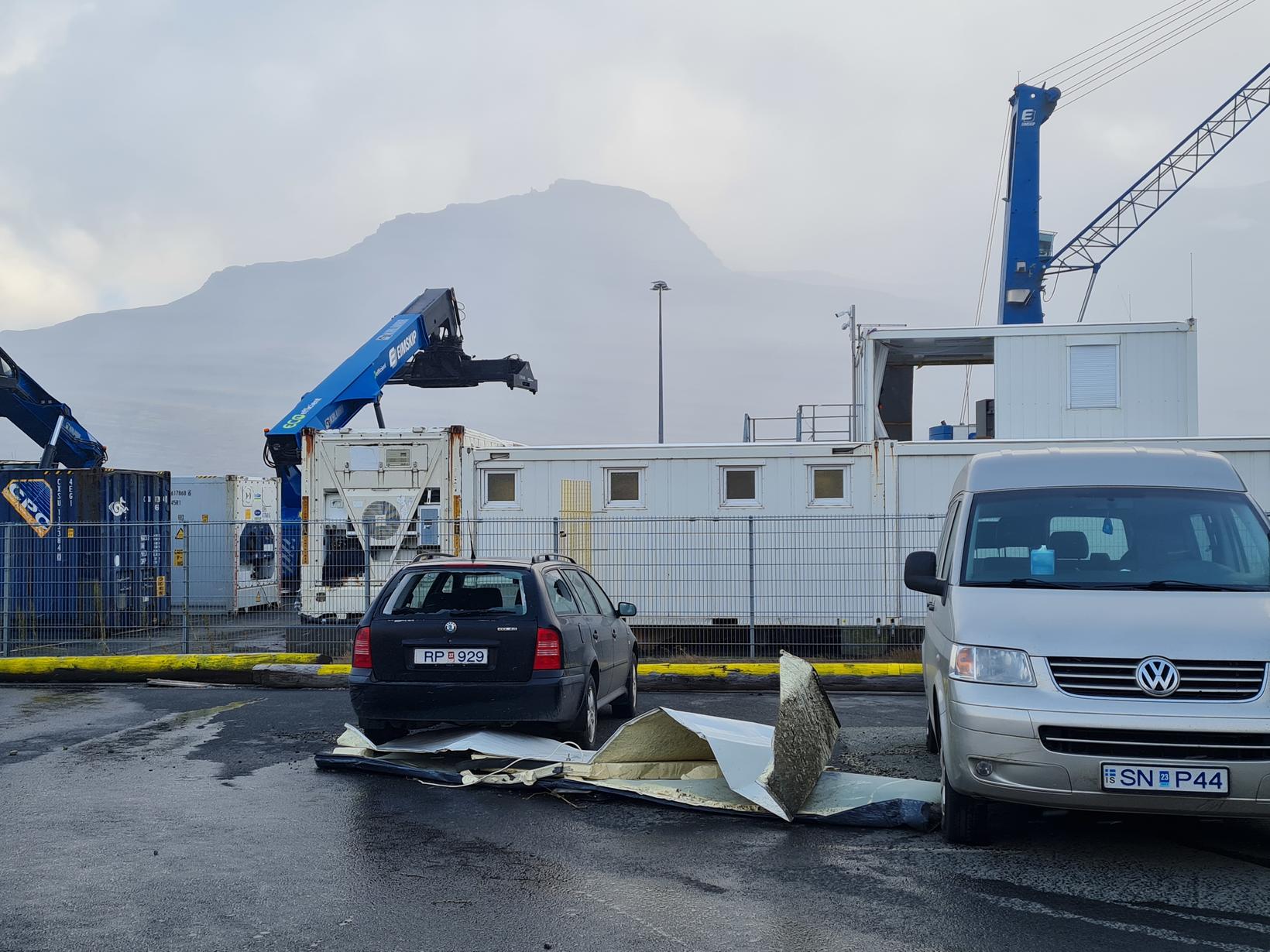 The whole town is like a warzone. Photo/ Ragnar Sigurðsson 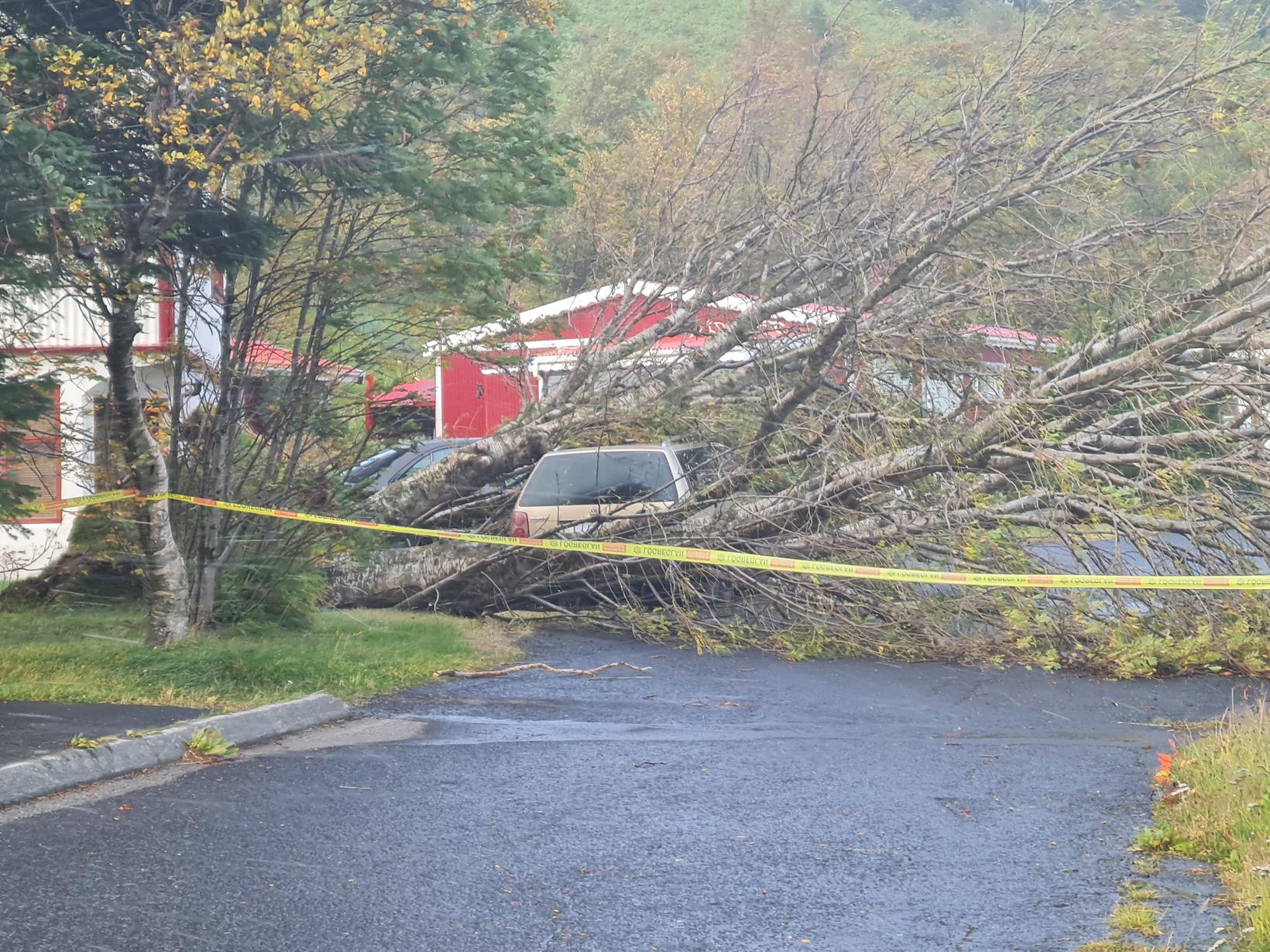 Whole hedges and trees have been uprooted. Photo/ Ragnar Sigurðsson