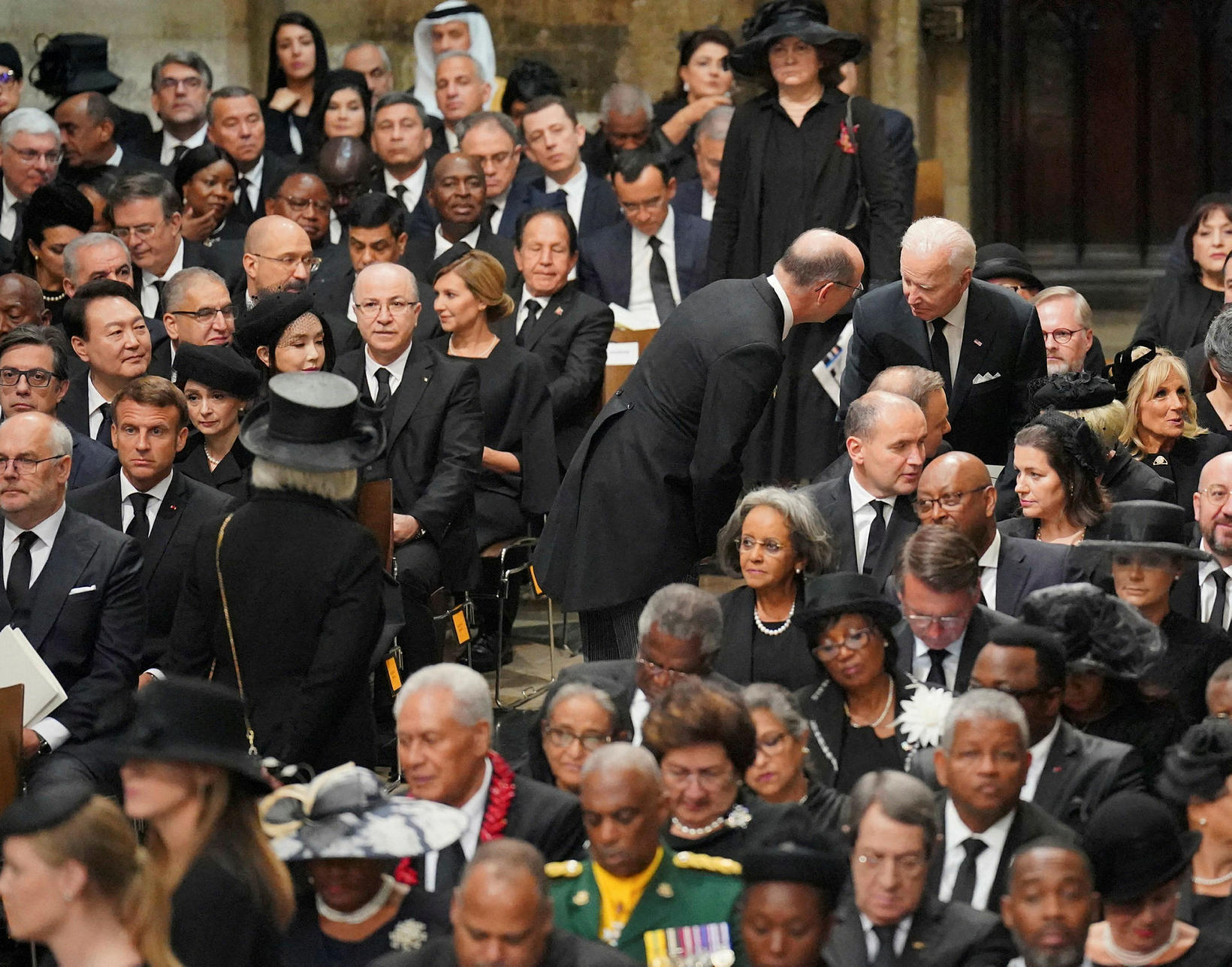 The President of Iceland, Guðni Th. Jóhannesson and the first lady, Eliza Reid here at the State Funeral yesterday. Behind Jóhannesson is Joe Biden, the President of the United States and to the left you can see the French President, Emmanuel Macron. AFP

"This was an impressive and a historical moment to experience the funeral of Elizabeth II. She was a monarch who has done her duties concientiously, dutifully and diligently for over 70 years," says Guðni Th. Jóhannesson, the President of Iceland to mbl.is.

The President and the first lady, Eliza Reid, attended the State Funeral of Elizabeth II. Queen of Britain in Westminster Abbey in London earlier today. The queen passed away on September 8th after serving the British empire for over 70 years.

Jóhannesson says that the funeral was a historical moment, and many of the world leaders were present as well as the royal family.

"It was an honour be a part of this historical moment on Iceland's behalf, both for me and my wife Eliza."

Mentioned the Queen's visit to Iceland

Jóhannesson adds that they met Charles III. last night and during their meeting the king mentioned Queen Elizabeth's visit to Iceland in 1990.

"I mentioned how Icelanders had noticed fondly the Queen's interest in the Icelandic horse and that she knew everything about its five gaits." He adds that Charles III. seemed very nice and he wishes him the best in his new role as king.

As can be seen in the picture above, the Icelandic President and Eliza Reid were sitting in front of Joe Biden, the President of the United States and the first lady, Jill Biden.

When asked if he knew why that was, he thinks it might simply be that the seating was done in alphabetical order. 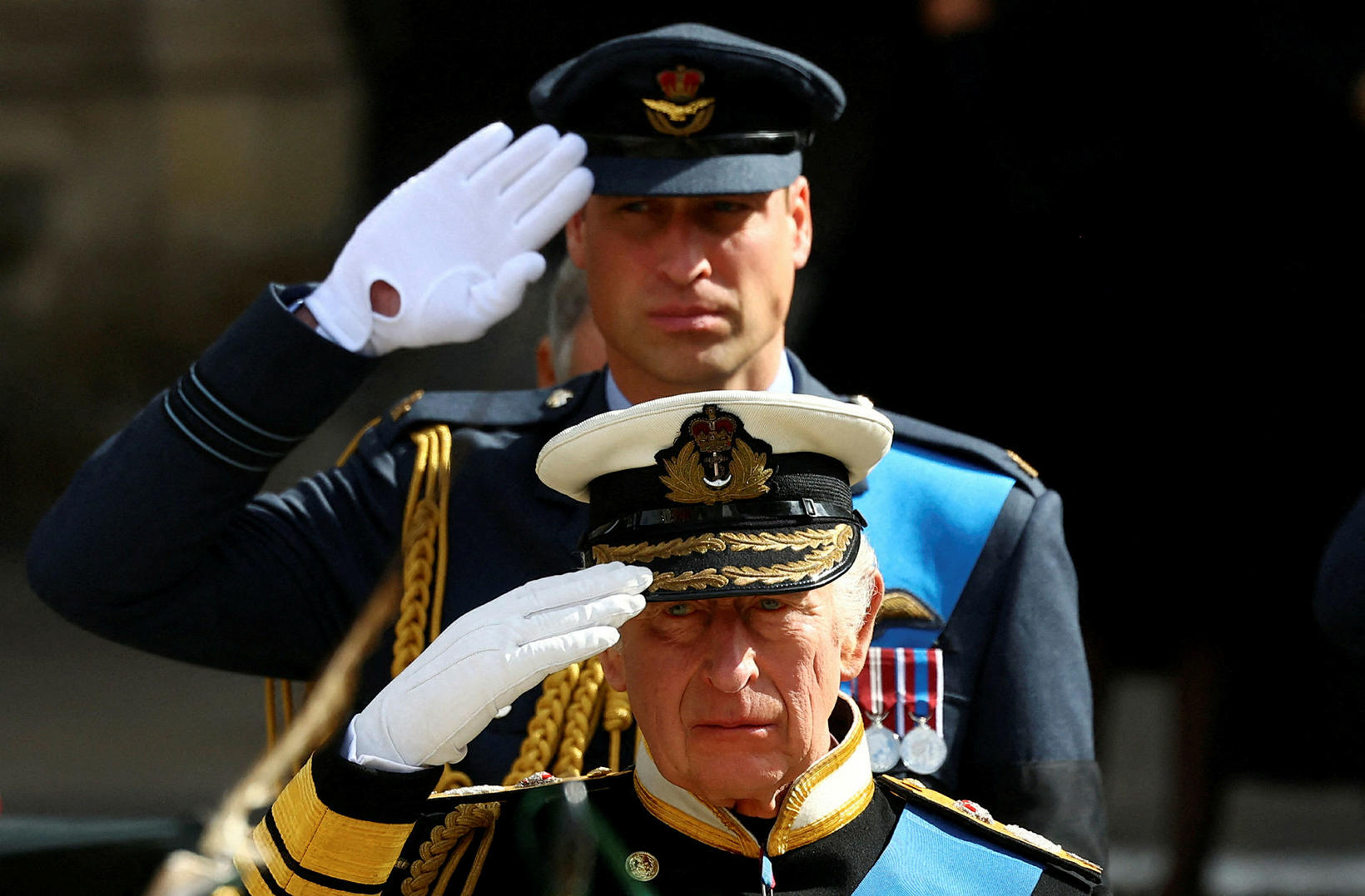 Charles III. King of Britain and his oldest son and heir, William, at the State Funeral yesterday. AFP

Jóhannesson says that the downtown area in London was unbelievably clean and tidy today. "You did not see a single piece of trash on the ground. It was very impressive especially since there were thousands of people in the area observing the funeral from Hyde Park, or from the sidelines of the funeral procession.

This was clearly a very organized and orchestrated event," he says. The President and the first lady are scheduled to fly back to Iceland tonight. 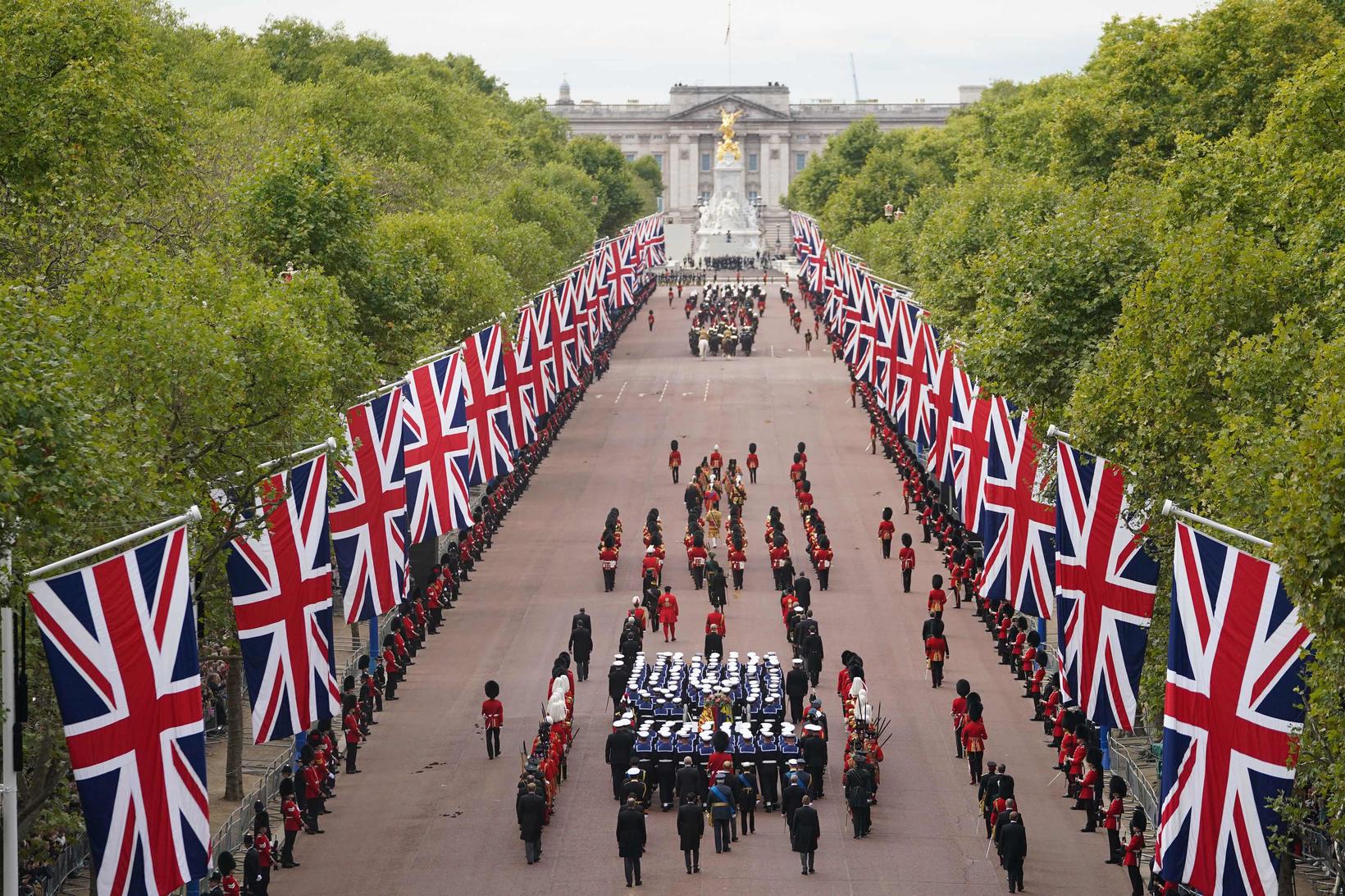 The Queen Elizabeth's funeral cortege borne on the State Gun Carriage of the Royal Navy, travels along The Mall on September 19, 2022 in London, England. AFP/ZAC GOODWIN