An oil spill turned out to be a dead whale 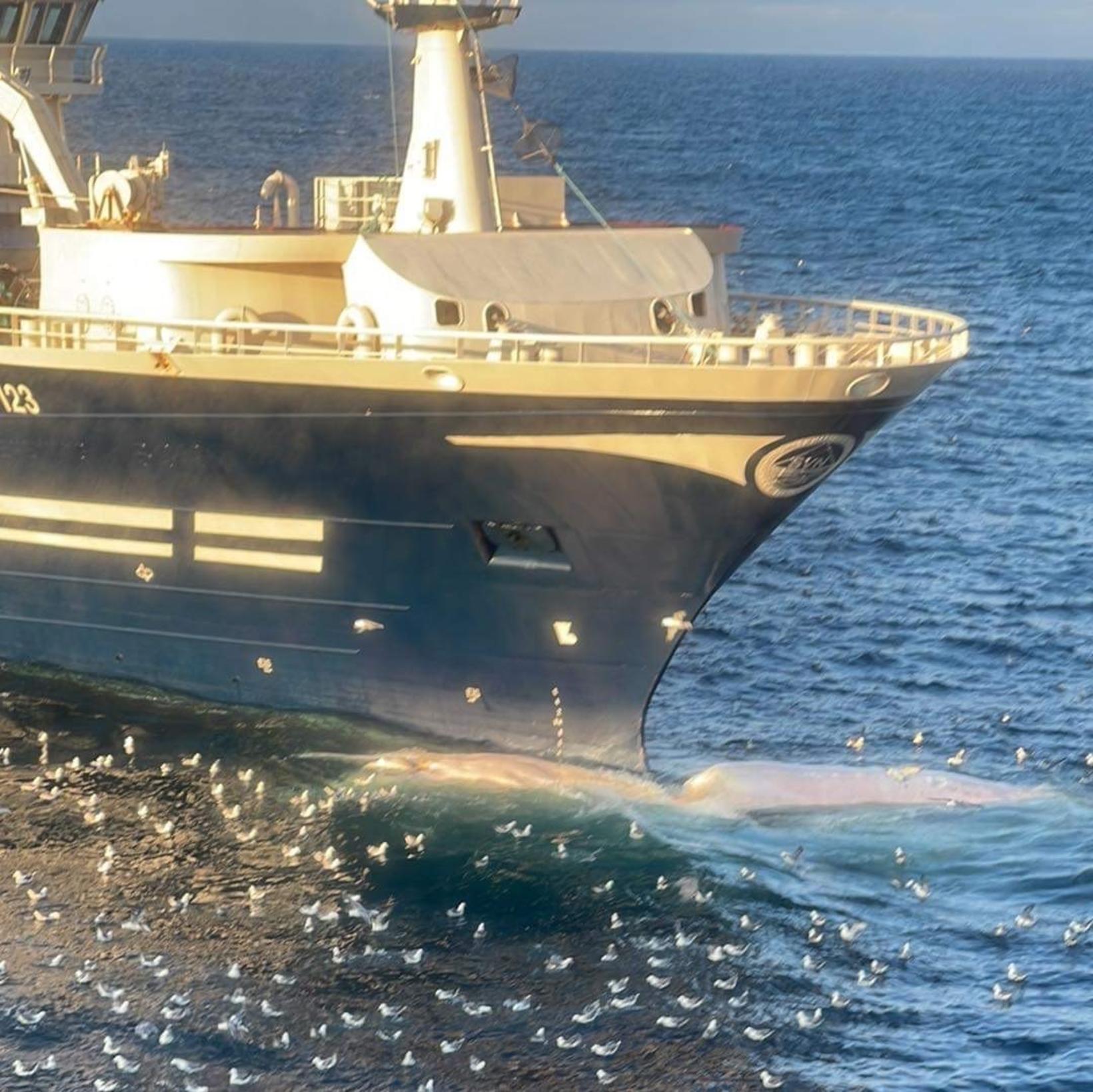 The trawler Beitir dragging the carcass of the whale. Ljósmynd/Landhelgisgæslan

Recently the Coast Guard received satellite images from The European Maritime Safety Agency (EMSA) that seemed to suggest an oil spill coming from the trawler Beitir TFES which was fishing deep east of the country. It turned out to be something completely different.

The Coast Guard receives satellite images regularily in order to detect pollution and the traffic of vessels in Iceland's fishing jurisdicion.

The Coast Guard contacted the crew of Beitir TFES and they had no explanation what was going on, no spillage had come from them and were surprised to hear that the images showed pollution coming from the ship.

The satellite image of the oil detected coming from the trawler. Ljósmynd/Landhelgisgæslan

"It wasn't until the trawler Vilhelm Þorsteinsson sailed to Beitir TFES that a carcass of a whale had exploded in the sea, and that was the cause of the oil on the surface of the sea.

Thereby the mystery was solved. However, this goes to show how monitoring the seas via satellite is impressive and how important it is for Iceland in order to maintain control in Iceland's fishing jurisdiction," says in an announcement from the Coast Guard.

The red dot shows where the trawler was fishing and the oil spill was detected on satellite. Photo/The Coast Guard