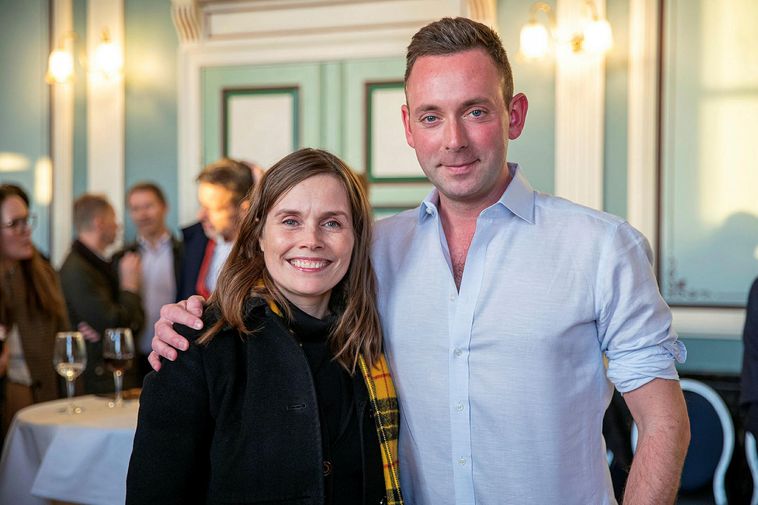 Iceland's Prime Minister, Katrín Jakobsdóttir and the crime novelist Ragnar Jónasson are working on a new crime novel that will be published next October 25th. mbl.is/Ágúst Óliver Erlingsson

It cannot be common that a sitting Prime Minister publishes a novel, although there are some examples of  that.

Katrín Jakobsdóttir, the Prime Minister of Iceland has been working on a crime novel with the famous crime novelist Ragnar Jónsson. The novel will be published on October 25th 2022 and the title is "Reykjavík".

Ragnar Jónsson posted on his Facebook page the following description of the novel:

"In August 1956 a young girl, Lára Marteinsdóttir, disappears from her job at Viðey. After that, nothing is seen or heard from her. For decades this unsolved case is not sitting comfortably with the Icelandic nation, and the case is regularily brought up in the media, but nothing is ever found out about the fate of this young woman. In August 1986 a young journalist on Vikublaðið starts investigating this mysterious disappearance - with unforeseen consequences."

In the novel I and Katrín Jakobsdóttir are inviting readers on a journey to the summer when Reykjavík was celebrating its 200 year anniversary, when the media companies Bylgjan and Stöð 2 were about to launch and the nation was preparing for the Reykjavík Summit where the world leaders Reagan and Gorbachev met in Höfði. And this summer, unexpected clues about the disappearance of Lára Marteinsdóttir surfaced."