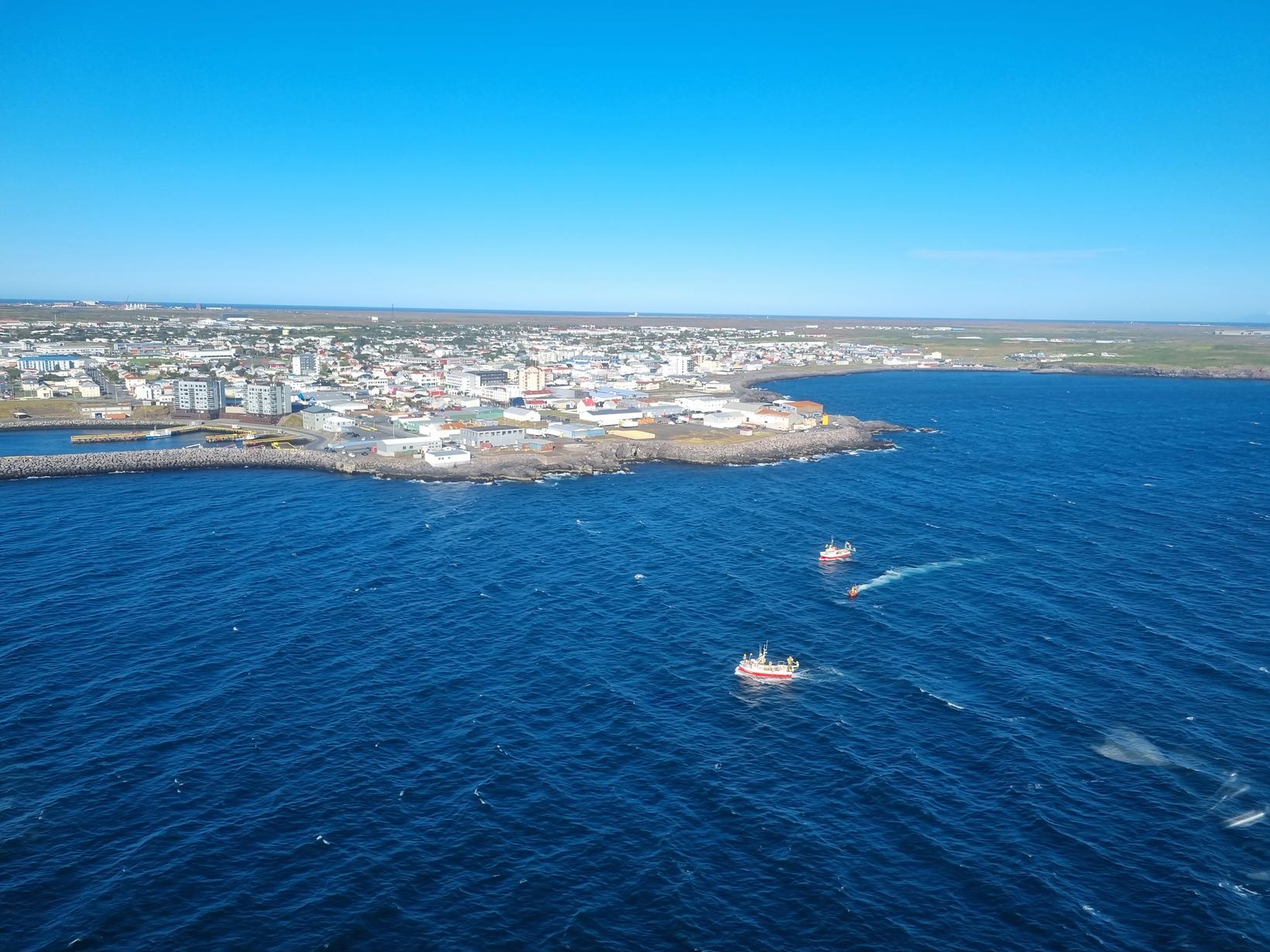 The Coast Guard Command Center got a mayday call from the captain of a small fisherboat just before 9 AM this morning. The boat was without power just outside of Keflavík and it was about to float into the rocks just north of the small boat harbour in Reykjanesbær. The captain was alone on board.

The helicopter of the Coast Guard was immediately called out on level highest priority and the helicopter staff was preparing for a flight and could act immediately and went directly to the scene.

Naval Rescue teams of Landsbjörg were also alerted and a another ship close by was asked to sail to the scene. At 9:30, only half an hour after the Mayday call the rescue teams had the boat in tow taking it into the harbour of Reykjanesbær. The operation was both fast and smooth and the boat does not seem to have any leak, even though it was hitting the rocks.

Here below you can see footage of the operation this morning.

According to Ásgeir Erlendsson, the information officer of the Coast Guard the operation could not have gone better, and there were minimal damage to the boat in spite of it hitting the rocks.

"It starts with the captain calling "Mayday" and immediately the helicopter team is alerted at the airport as well as the naval rescue team and the police," he says. It only took 8 minutes for the rescue team to get to the scene and the helicopter was at the scene only twenty minutes after the call.

Erlendsson says this has got to be one of the best response time they have seen, and adds that thankfully they got there this fast because the boat was already hitting the rocks and posing a threat to the captain and the ship.

"Basically this all went like a fairy tale. In a situation of this sort a timely response is of the essence. When a boat is this close to sharp rocks every minute matters."

Because the helicopter team was preparing for a flight they only had to suit up into sea rescue gear before they could leave. Even though the helicopter, in this instance, did not have to intervene, it could have been important and it was there for added security. He stresses that even though everything went really well, it could have been a very different story if they hadn't been able to respond so fast, because the situation was truly dire.