"A big step for the company" 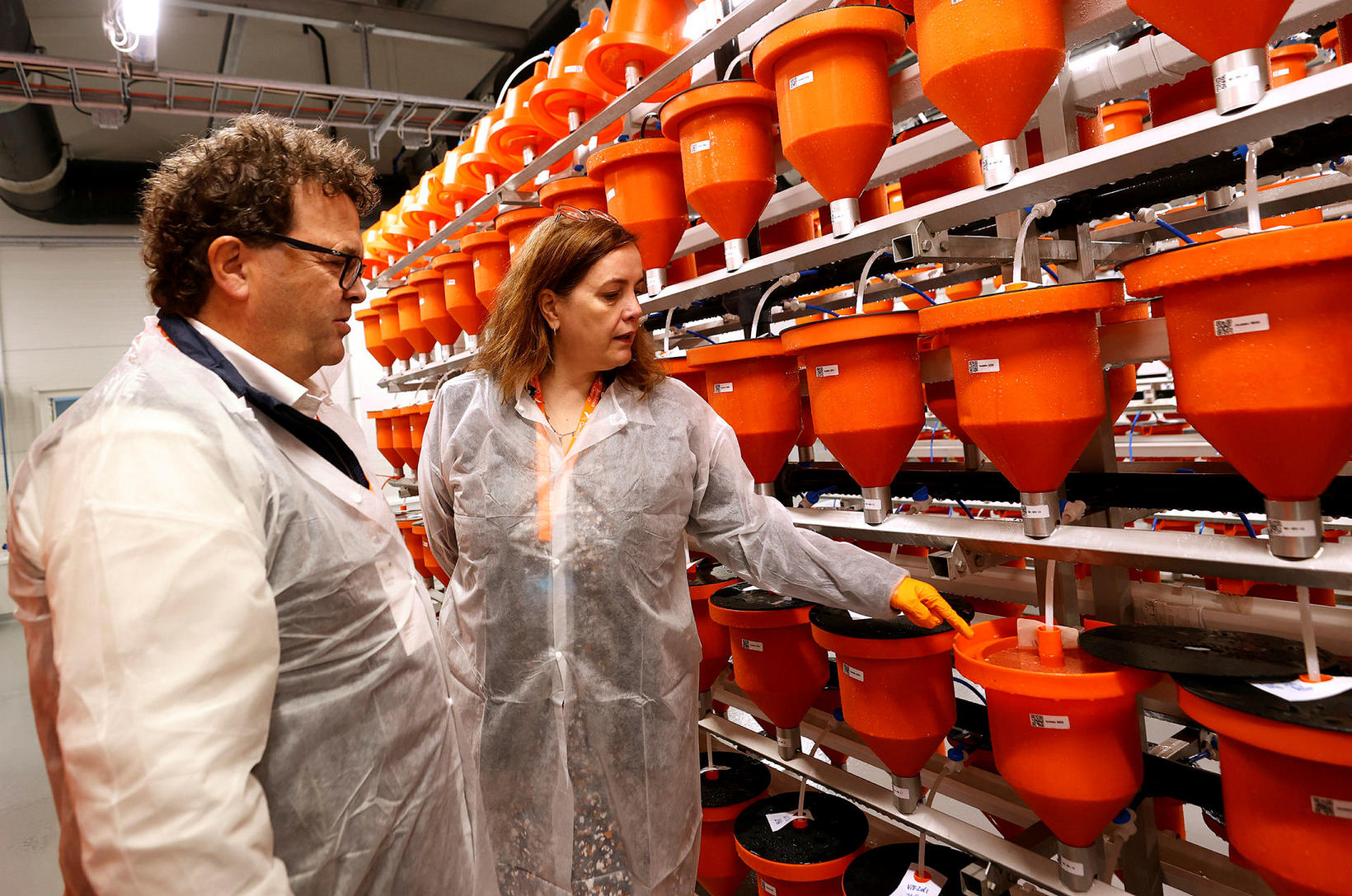 The new Incubation Center for the company Benchmark Genetics Iceland hf. in Vogar in Reykjanes was formally opened yesterday. The new housing is 2,300 square meters and has a production capacity of 300-400 million salmon ova annually, which could produce up ton million tons of farmed salmon. That means that it could provide 6.6 million food servings all over the world annually, according to information from the company.

The ability to meet the increased demand

Jón­as Jónas­son, the managing director of Bench­mark, was happy to get the chance to demonstrate the new Incubation Center and celebrate this phase. “This is a big milestone for Benchmark Genetics Iceland and gives us an opportunity to grow even further. This facility makes us able to produce more quality ova and meet the increased demand in salmon farming.” 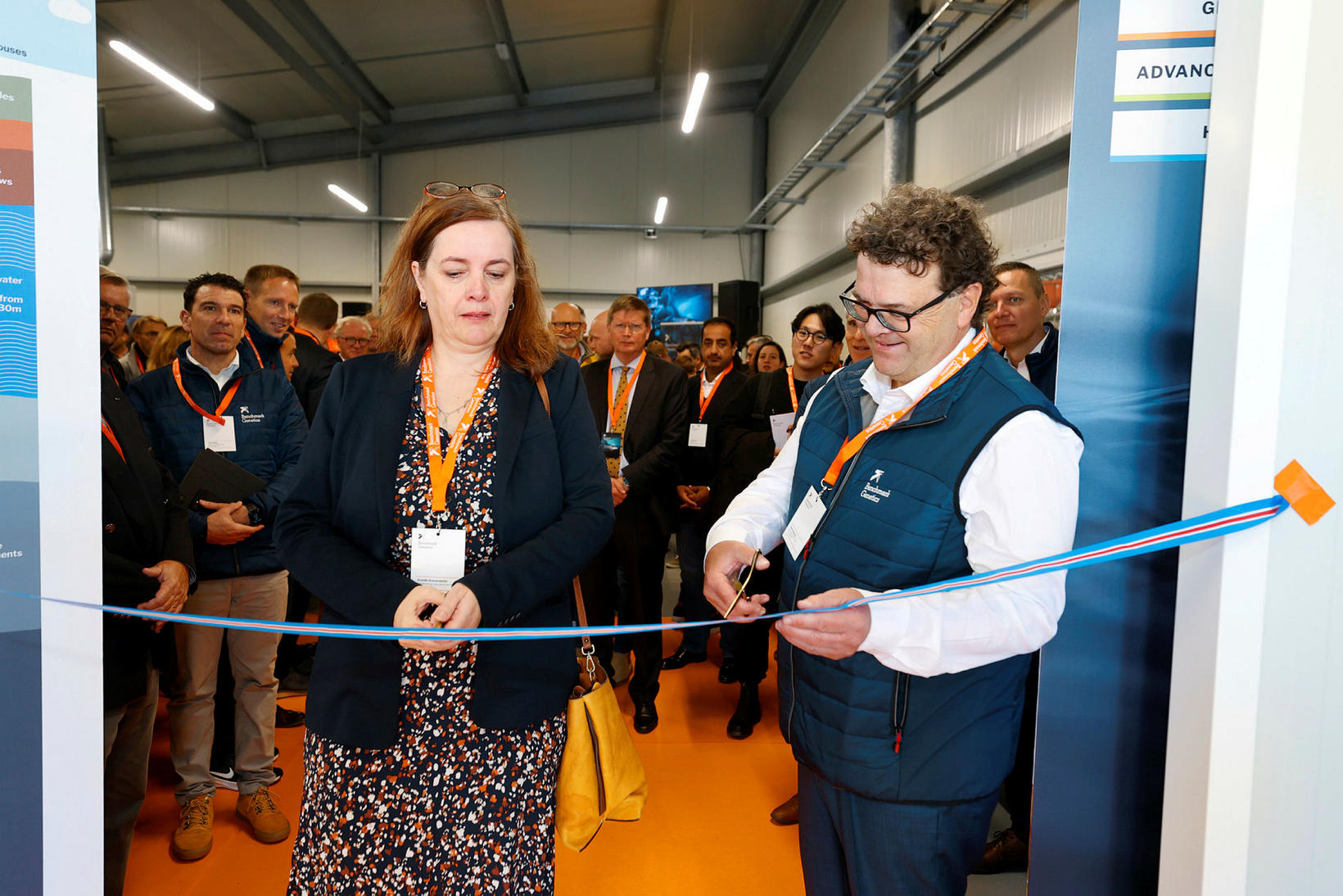 In the building there are 10 thousand 5-liter incubators and each one of those develops ova from a single female. The new building is connected to the company’s existing incubation center, broodstock facility, and harvest station.

Benchmark employs 86 people in six working places, in Vogar, in Kollafjörður, Kalmannstjörn, in Hafnir and in their office in Hafnarfjörður and their science lab at the University of Iceland.

The turnover of Benchmark Genetics Iceland was around 4 billion ISK last year and thereof the profit was 1 billion ISK. The company sells roe to 28 countries and therefore 85% of the turnover was from export. The company is now the only company allowed to export eggs to Norway.

After the new Incubation Center was formally opened Jónasson showed the guests around and explained the process of the production. 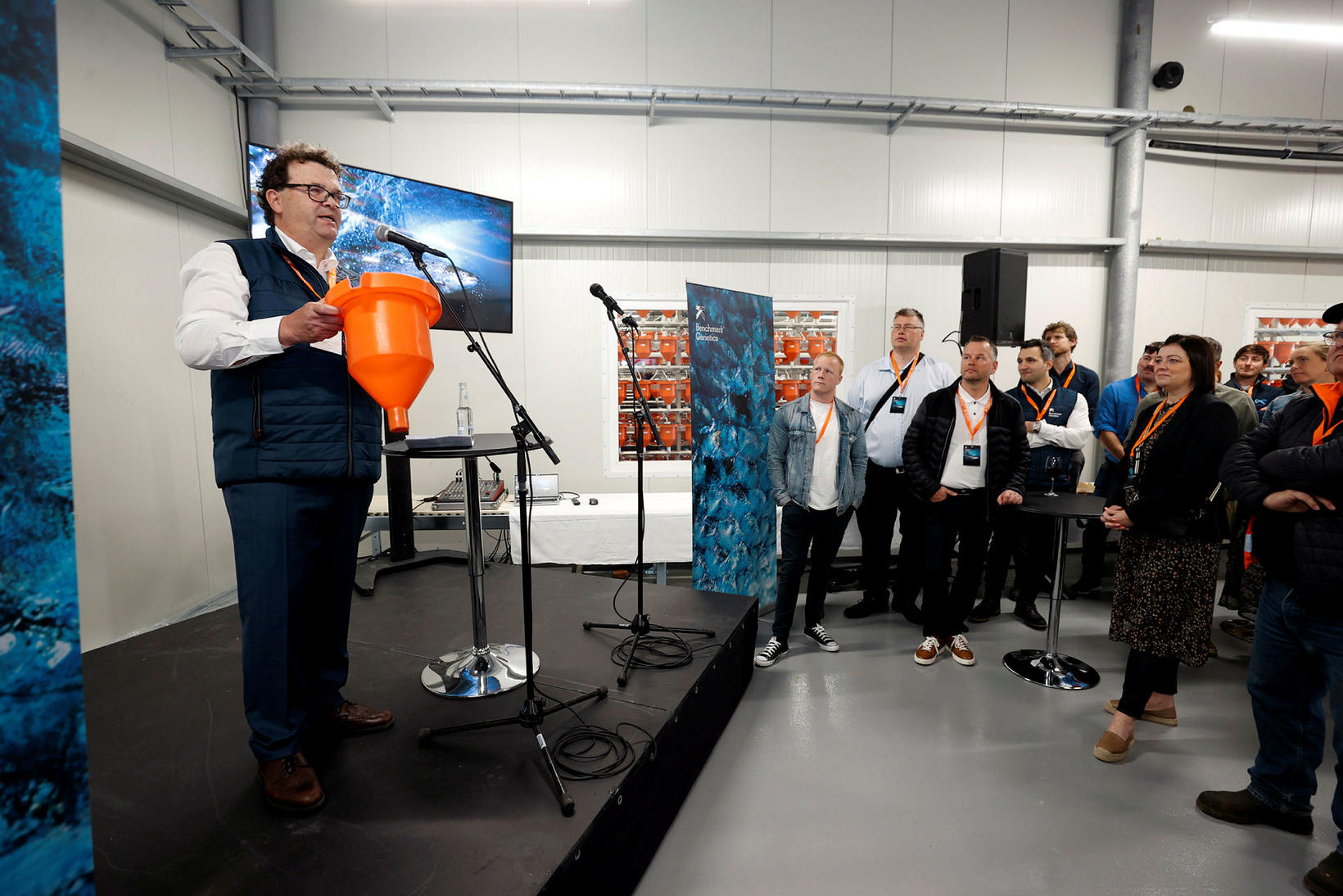 Jónasson explaining the process for the guests. mbl.is/Eggert Jóhannesson 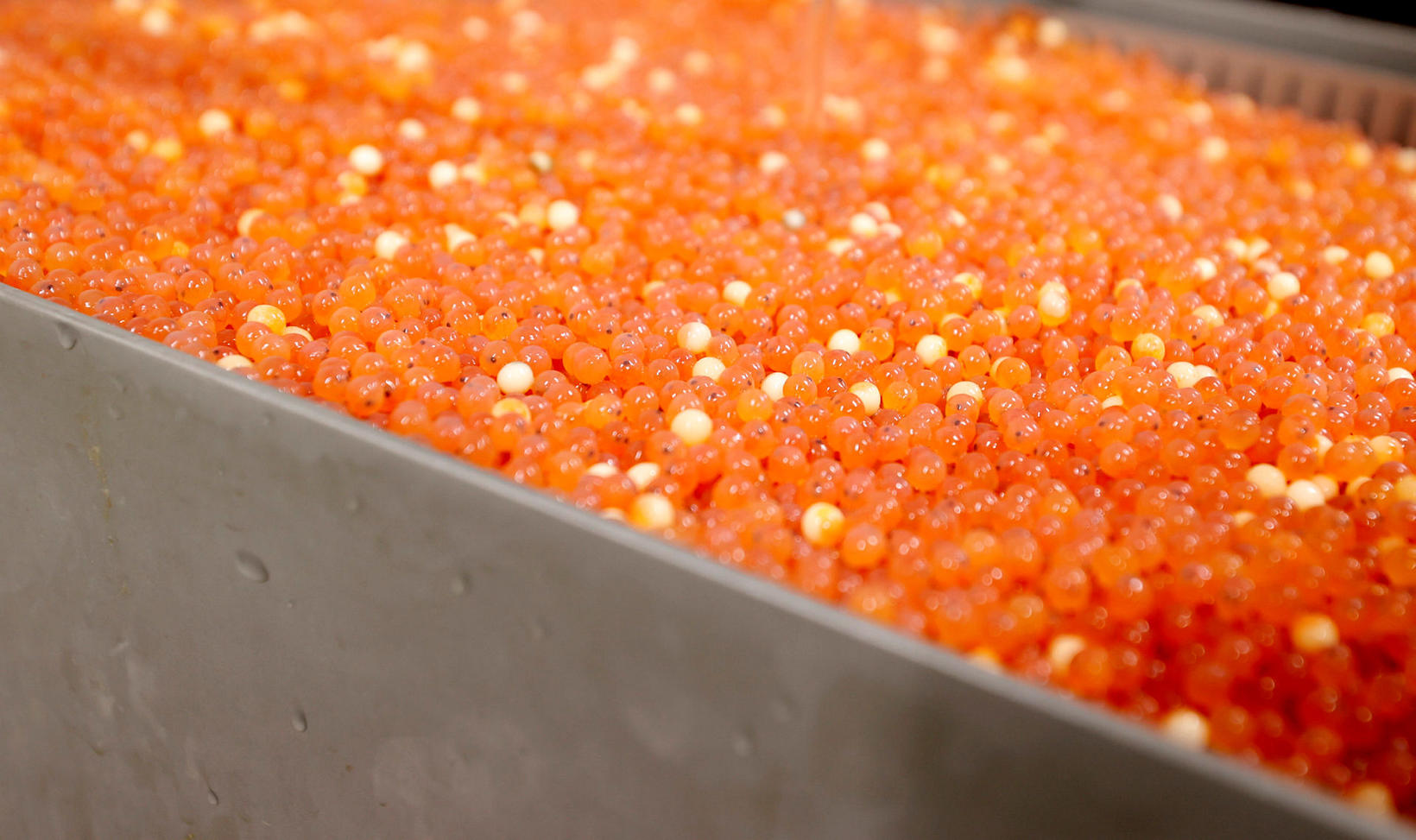 The new housing is 2,300 square meters and has a production capacity of 300-400 million salmon ova annually. mbl.is/Eggert Jóhannesson 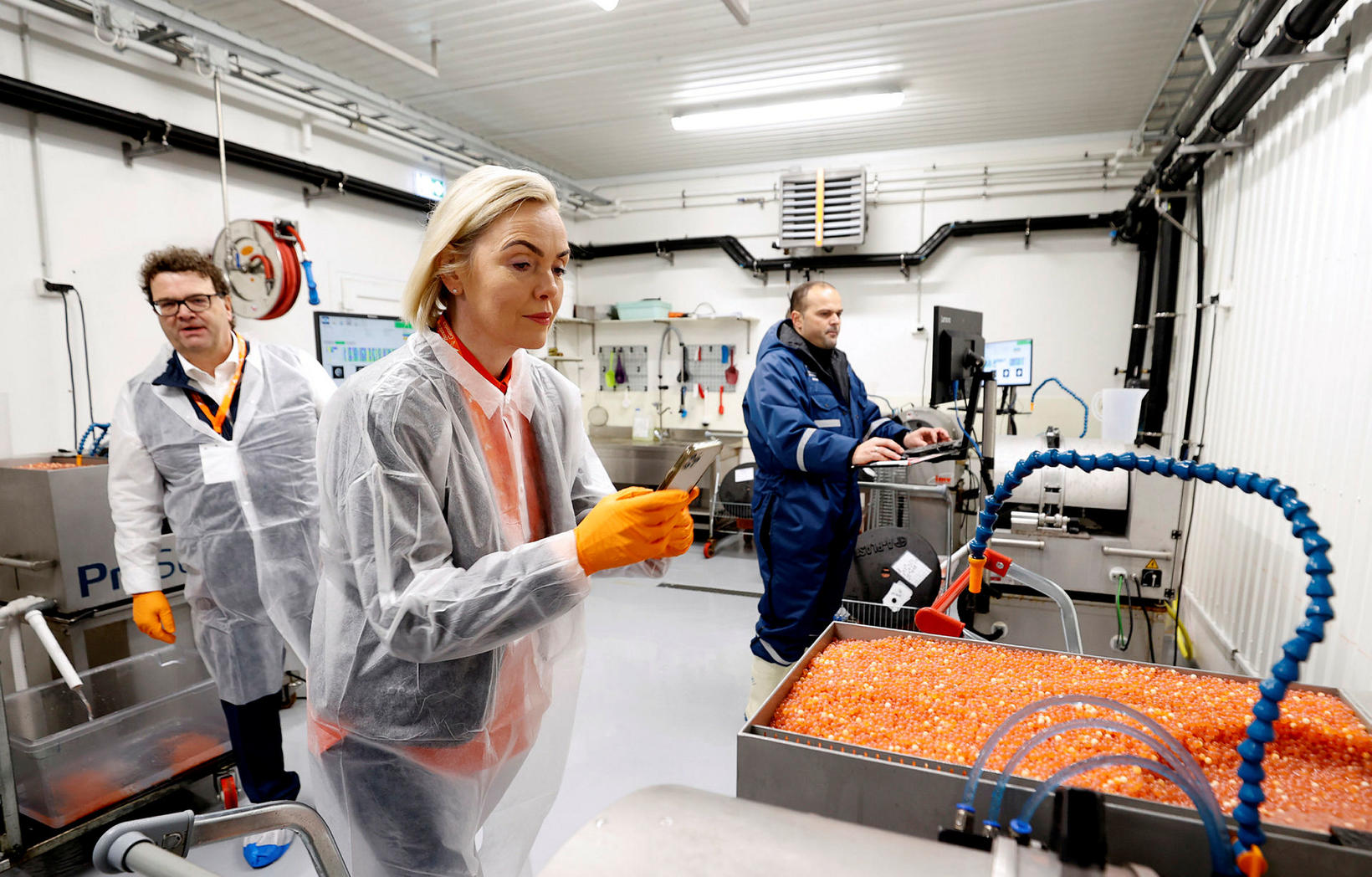 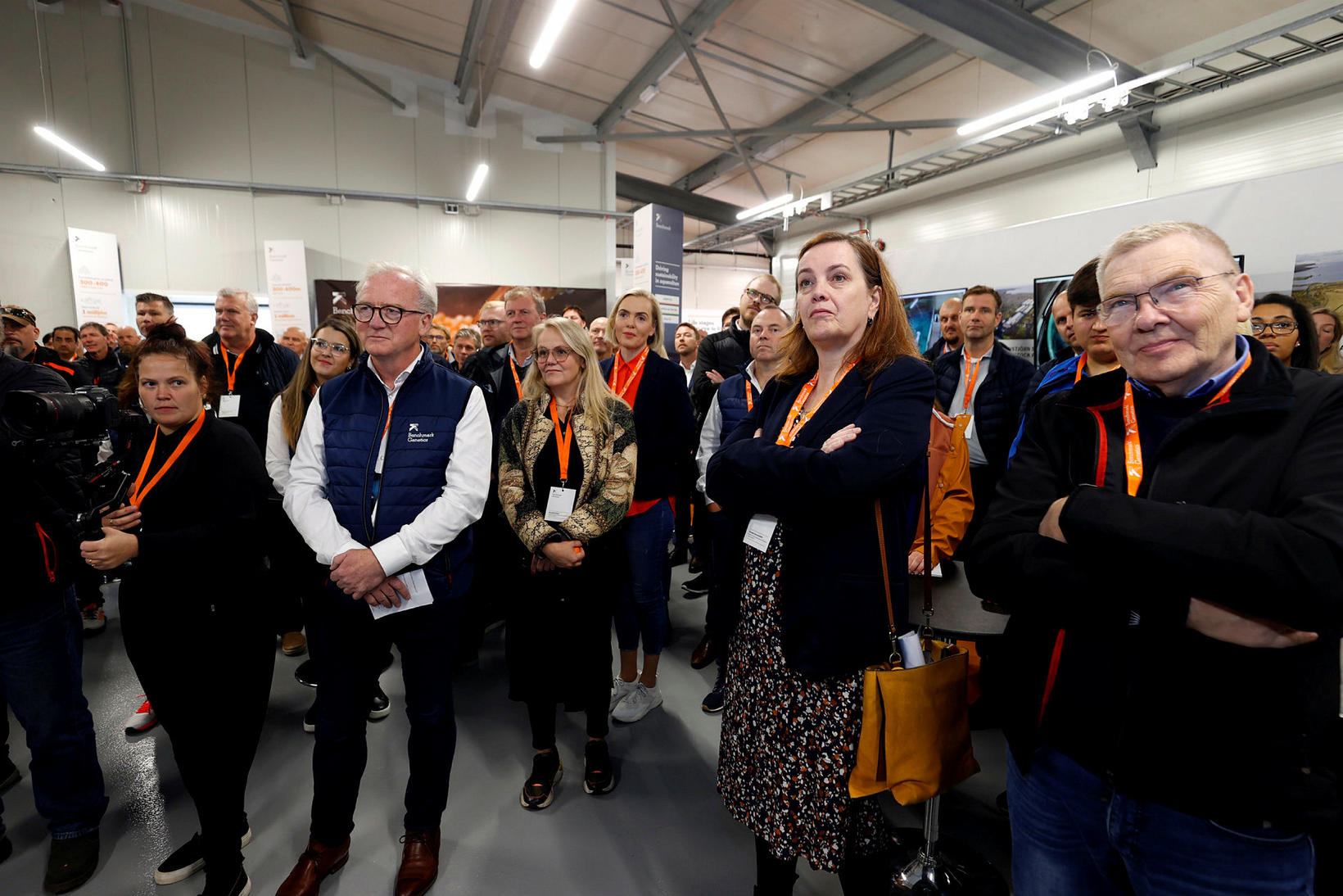 A lot of people celebrated the opening yesterday. Here they are before they "suited-up" to get the grand tour. Eggert Jóhannesson 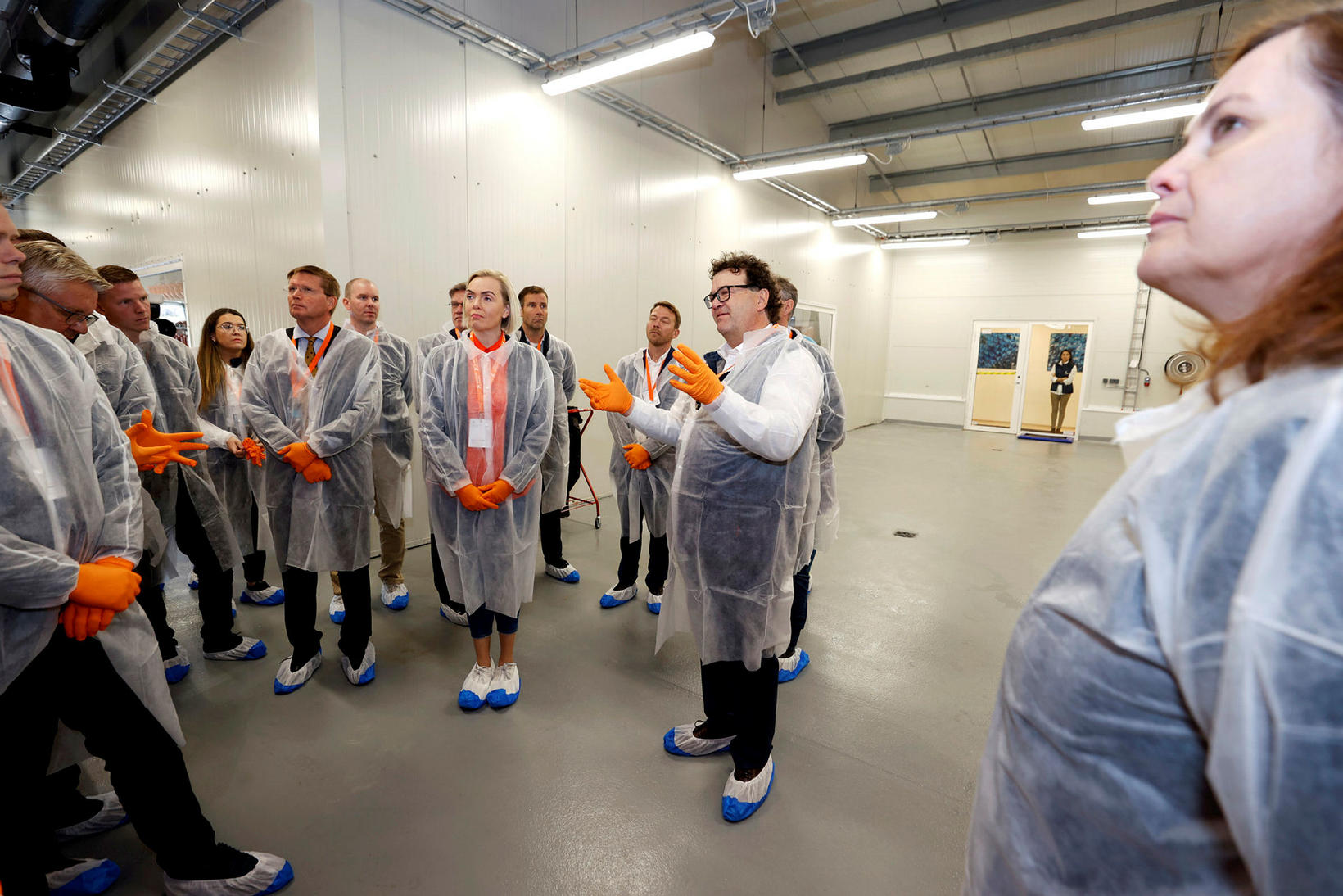 Here the guests are "suited-up" so they could walk in the facility for the grand tour. mbl.is/Eggert Jóhannesson