Overcame the shooter at the scene 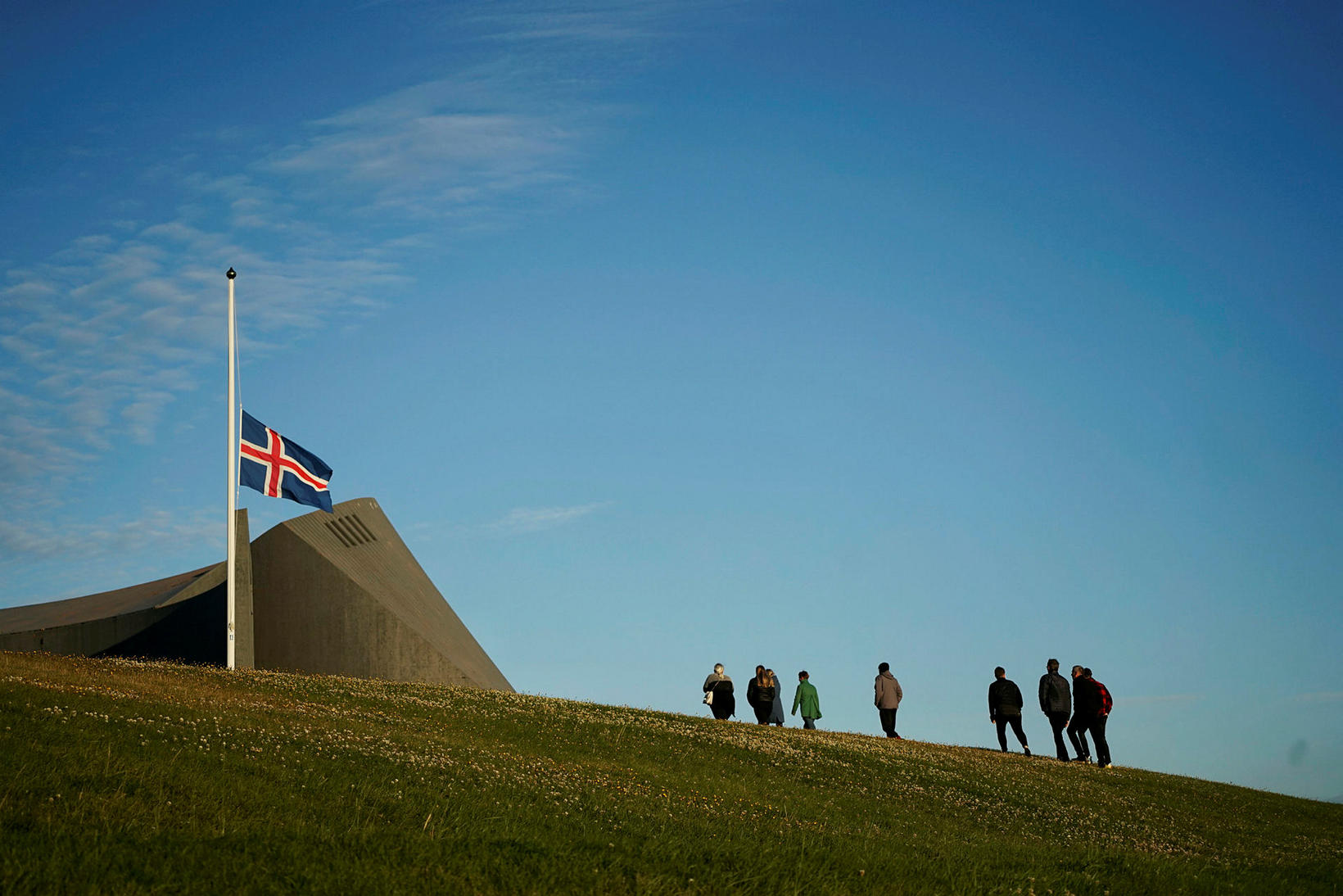 The residents of Blönduóss walking towards the church last night. mbl.is/Hákon

It looks like the shooter in Blönduós was killed by the son of the couple, who were shot early Sunday morning. What happened seems to be a bit complicated and not everything has been verified although the main picture seems to be getting clearer.

The police has refrained from answering questions while the investigation is still going on. However, based on what has been revealed, it is possible to paint a broad picture of what happened. 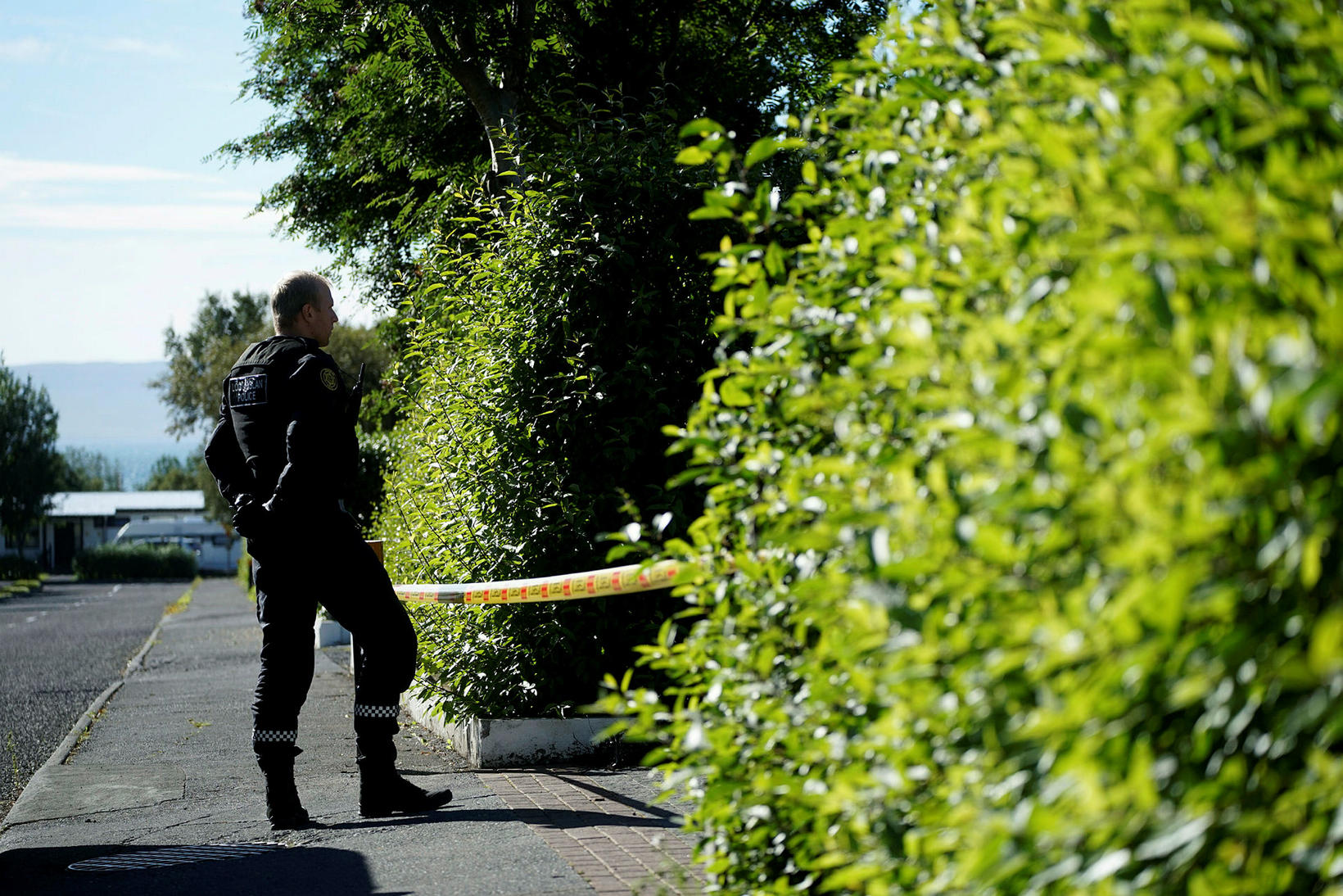 A policeman at work at the scene in Blönduós yesterday. mbl.is/Hákon

Threatened the couple with a shotgun

Based on what has been revealed it is clear that the tragedy had a pretext. The couple in their 50s, who were attacked, had employed the attacker in a company in town, but he had been laid off recently.

He was apparently not happy about that decision and had tried to get his job back, but was told that another man had been hired for the position.

A few weeks ago the attacker came to the couple's home and threatened them with a shotgun. He owned quite a few firearms since he was a marksman and had a license to teach in that field. He was arrested because of these threats and for illegally displaying a firearm and put into a phyciatric care, but the police confiscated all his weapons that were registered to his name.

Sources have told mbl.is that it was today that he would have lost all his gun licenses. 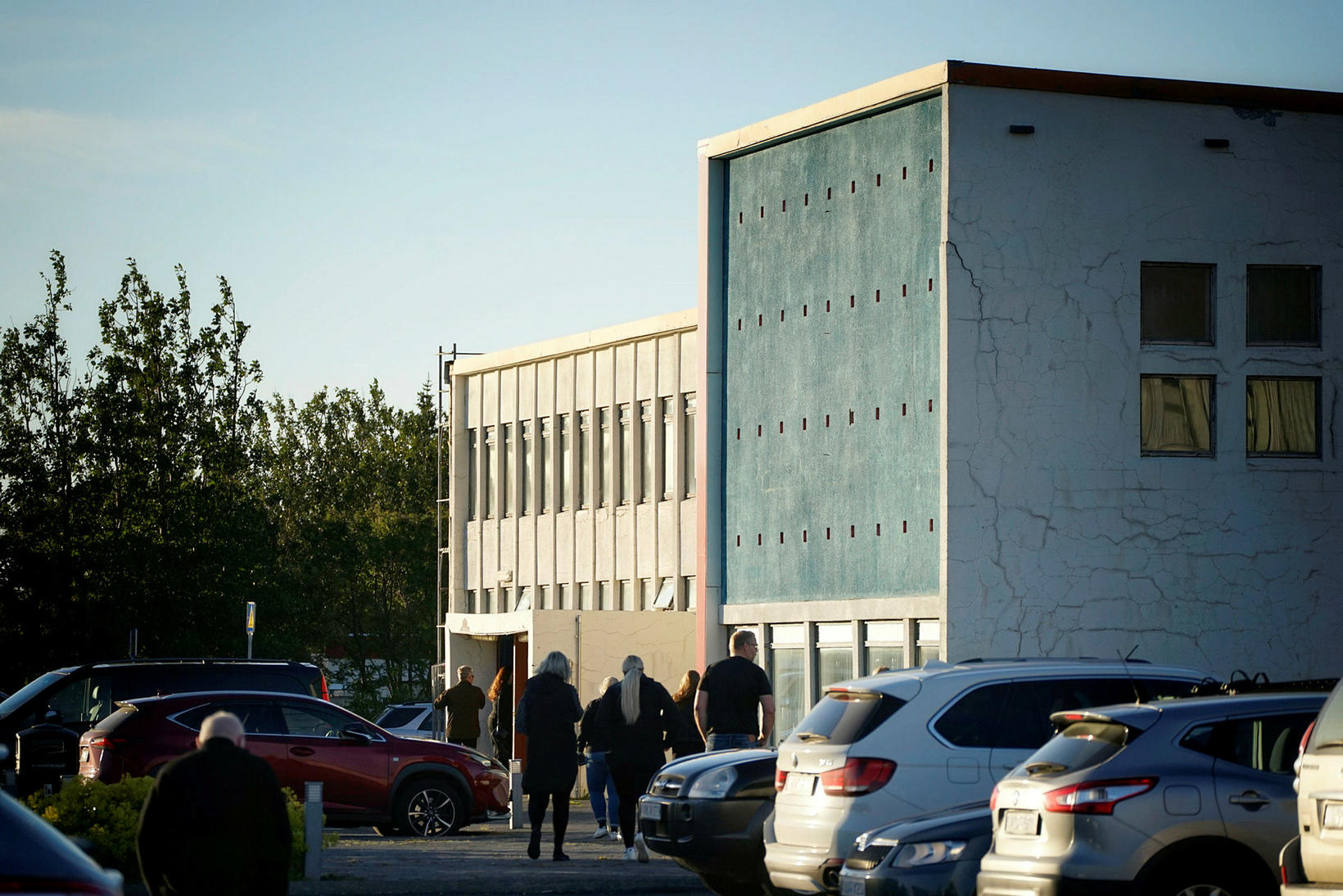 The town's residents are in shock but a lot of them came to the meeting that the local police held last night at 8 PM. mbl.is/Hákon

The attacker, who is 35 years old, was released from psyciatric care this weekend, or at least he got a free weekend, according to mbl.is sources, but that information has, however, not been verified at this point.

It seems like somehow he got a hold of a shotgun, although how that happened is not known. Very early Sunday morning he came to the home of the couple. What happened next is not quite clear, but it looks like he shot and killed the wife and then  shot the husband, who is now fatally injured.

A grown son of the couple was visiting his parents with his wife and young child. It looks like he heard the shots, and attacked the shooter and in their fight the shooter was killed.

Nothing has been revealed how exactly the shooter was overcome resulting in his death, except that the police has said that it was not done with a firearm. As far as mbl.is knows the son and his wife were set free late Sunday after being questioned.

This tragedy has shook up the nation, a nation where gun violence is rare. A lingering sadness  is hovering over the town and the residents are trying to deal with this horrible shock. Last night at the Church in Blönduós, there was a support service for the locals. The half drawn Icelandic flag was seen all over town, which is to show the empathy for those involved in this tragedy. 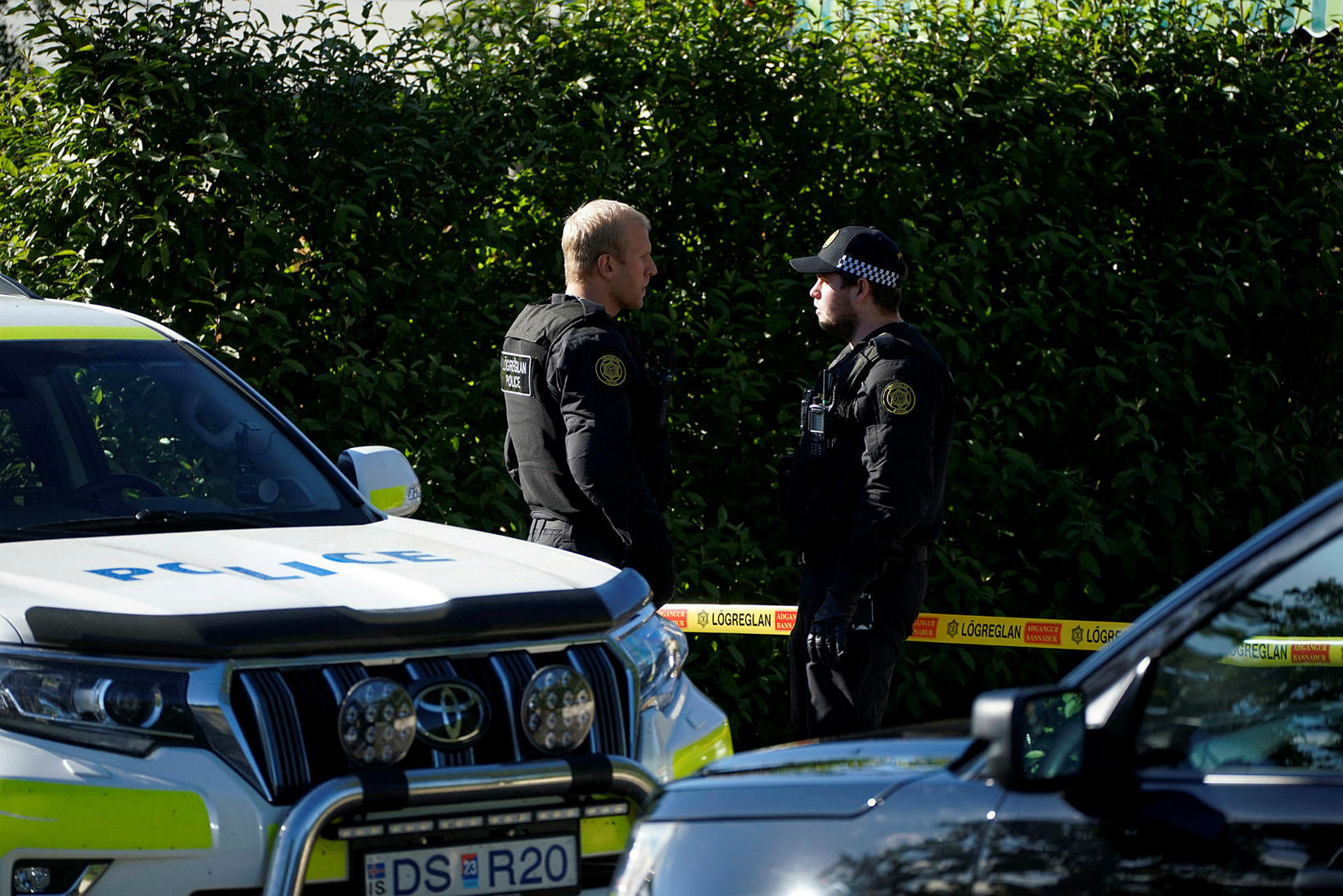 Police has revealed that the attacker did not die by firearm. mbl.is/Hákon