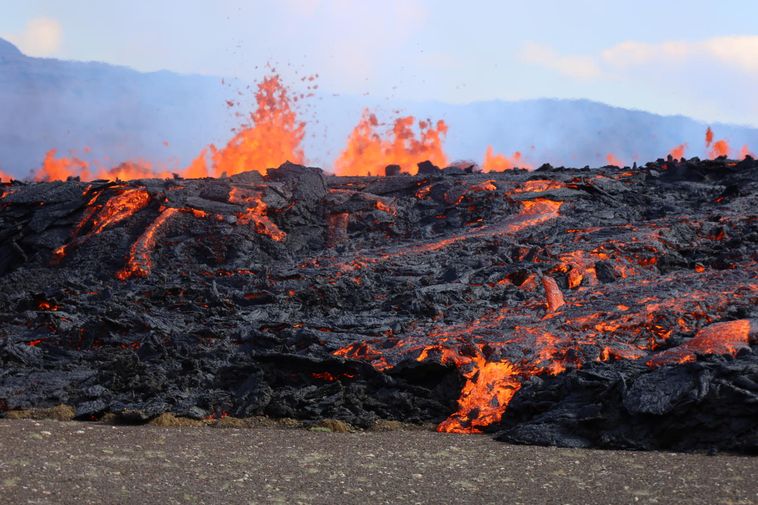 The geophysicist Páll Einarsson says that the volcanic eruption in Meradalir has been slowing down considerably in the last ten days. He says it is difficult to know whether this is a slowing phase and the eruption will gain more power soon or if the eruption is permanently losing momentum.

"The power can increase again, but the fact still remains that the eruption has been losing power in the last ten days," he says.

"The best way to monitor the power exactly is to measure the harmonic tremors on our net of  seismometers," he adds, but harmonic tremors is a constant tremor in the ground caused by the volcanic eruption.

Just a chapter in a bigger story

"We are entering a volcanic period where there will a lot more happen than this eruption today."

When he is asked whether people are in danger of toxic fumes coming from the volcano, he points out that every day there is a forecast including the levels of gas emitted from the eruption and therefore peoople should be able to act sensibly with that information.

"The most important thing is to be on the right side so the wind does not blow the fumes in your direction. The fumes are toxic, but because the eruption has slowed down it should not be at dangerous levels. But obviously, it is not a good idea to have the fumes coming directly at you."