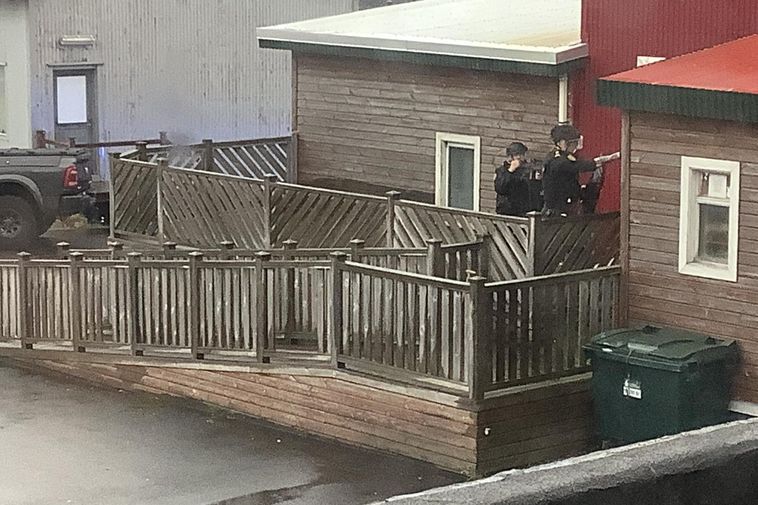 The man ran into a house when he became aware of being followed by the police. Photo/Sent to mbl.is

The Special Forces and the police for the Reykjanes peninsula have arrested a man who was walking on Hafnargata in Keflavík with an axe and acting weird.

The man was apprehended at noon today, but when he became aware of the police following him, he started running and ran into a house.

Arrested the man before Special Forces were at the scene

The Special Forces and the police set up at the parking lot behind the furniture store Bústoð and then arrested the man, who is approximately 50 years old.

"The police managed to secure the situation immediately, before the Special Forces came to the scene. This was not that difficult," says Gunnar Scram, the chief of police in the Reykjanes peninsula.

It has not been revealed why the man behaved in such a manner.