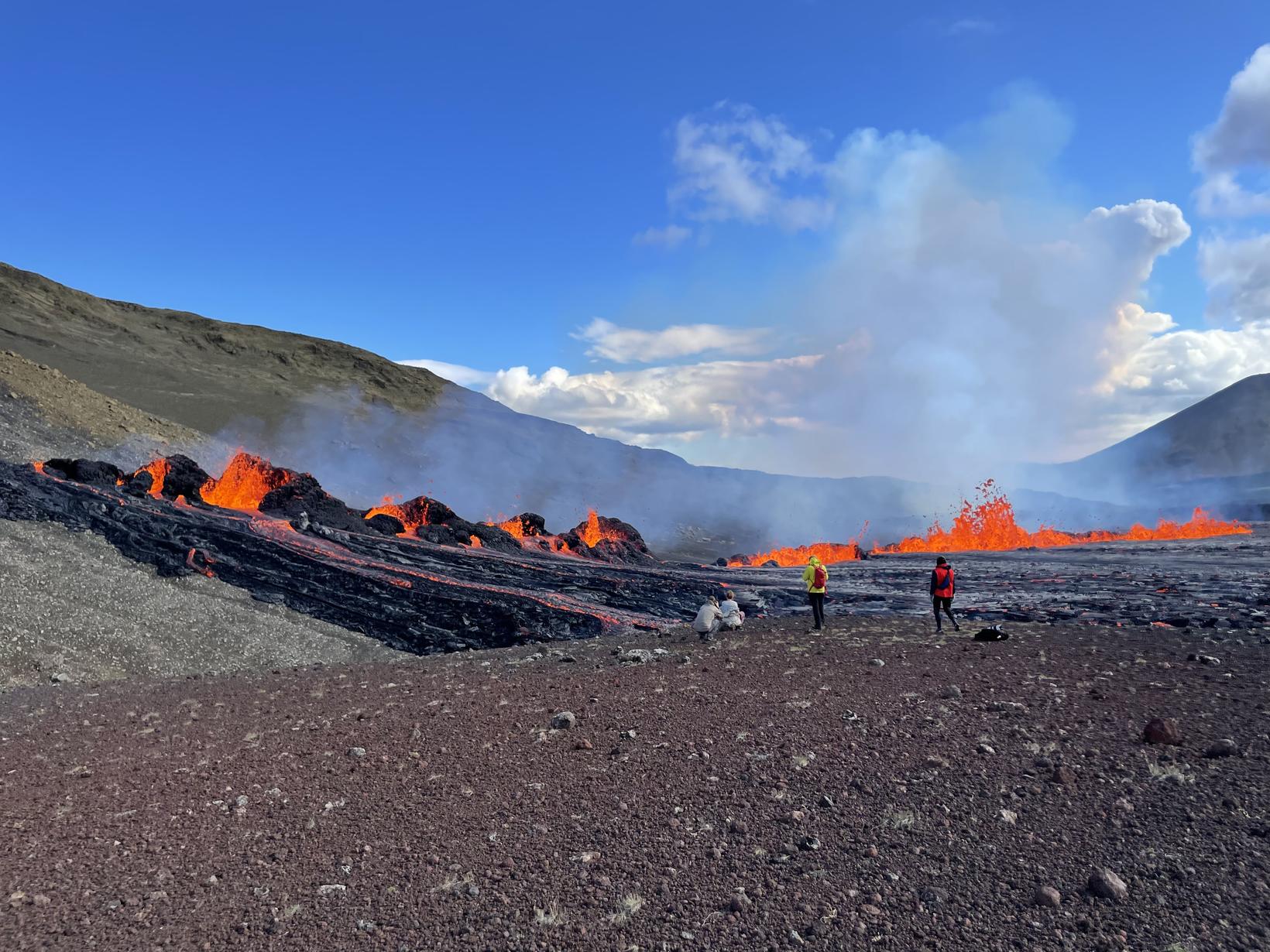 The first data the scientists from The Institute of Earth Sciences on the amount of lava coming from the eruption in Meradalir shows that the first hours it measured 32 square meters per second. The eruption is along a 300 m volcanic fissure in the westernmost part of Meradalir, only approximately 1 km northeast of the main crater of the eruption site last year. The area could not be better, because the eruption is enclosed and the lava is running over the old lava from last year.

The eruption started shortly after 1 PM yesterday and the news was first reported by mbl.is. 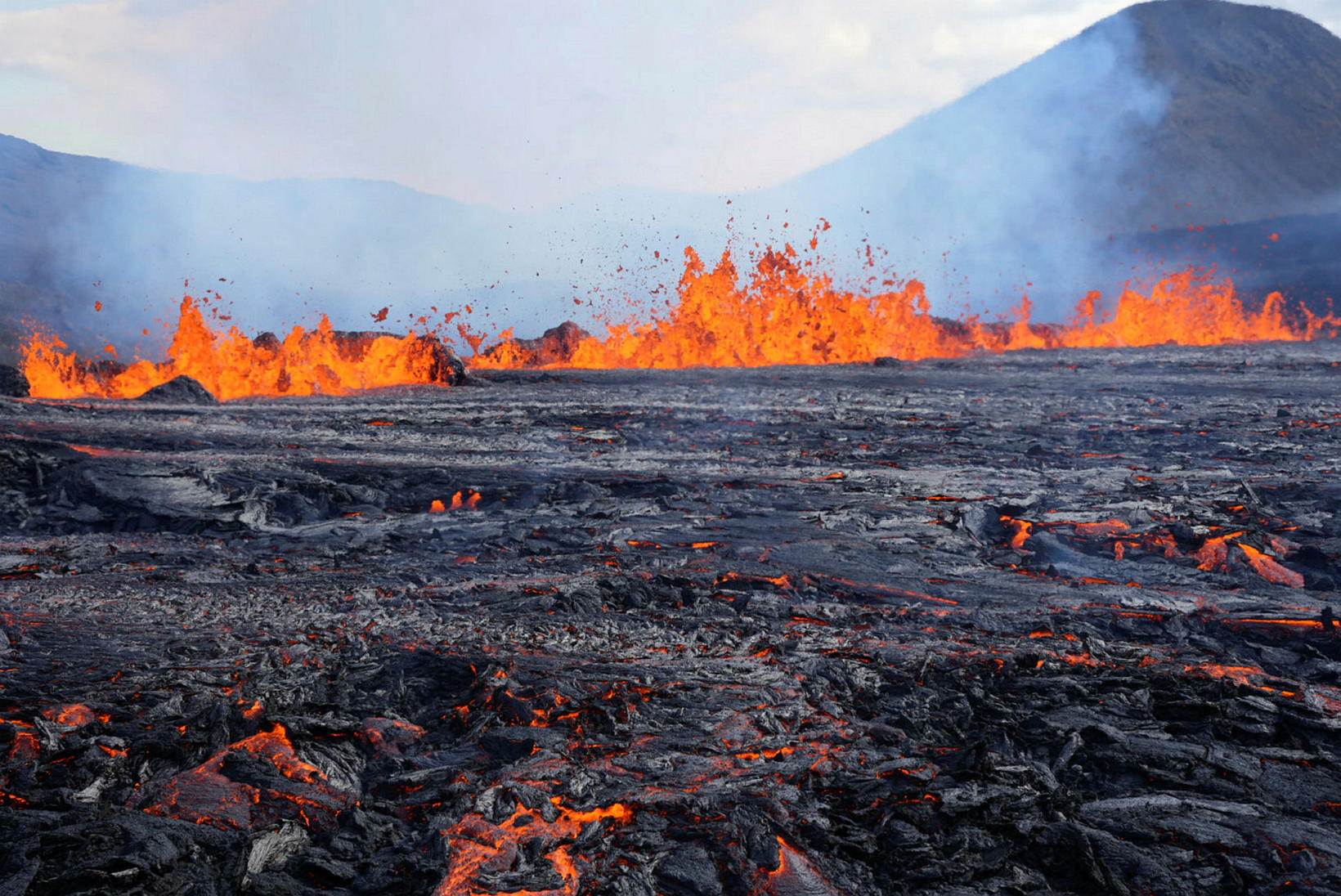 Models made based on the collected data

The scientists flew over the eruption site yesterday and measured the volume at 17:05 yesterday. Photographs from the Hasslblad-camera of the Institute of Earth Sciences were taken from a TF-204 airplane. Models have already been made based on the collected data and compared to older data is reported in an announcement from the Institute.

A considerable plume of gas is emitted from the eruption, that has a bluish hue that was well visible yesterday and this morning. Scientists have warned about possible dangers from the gas and stress the importance of people taking notice of the wind direction so they are not directly impacted by the emitted gas.

The lava was measured at 74 thousand square meters, and the width 5.9 meters and the volume 0.43 million square meters. At this time the eruption had been active for three and a half hours.

The average lave output these first hours is 32 square meters per second which is 4-5 times more than last year’s eruption in Fagradalsfjall in the first hours.

“The eruption is considerably stronger than last the one last year, but still it would not be considered a powerful eruption. Now the plan is to measure the lava once a day to begin with and data will be updated as soon as we have the data.”