A strange carcass was visible today to pedestrians taking a stroll by the pebbly beach in Grótta in Seltjarnarnes. It looks like a small dolphin has drifted to the shore.  Dr Filippa Isabel Samarra, a specialist in whales says it is clearly not a killer whale also known as an orca. 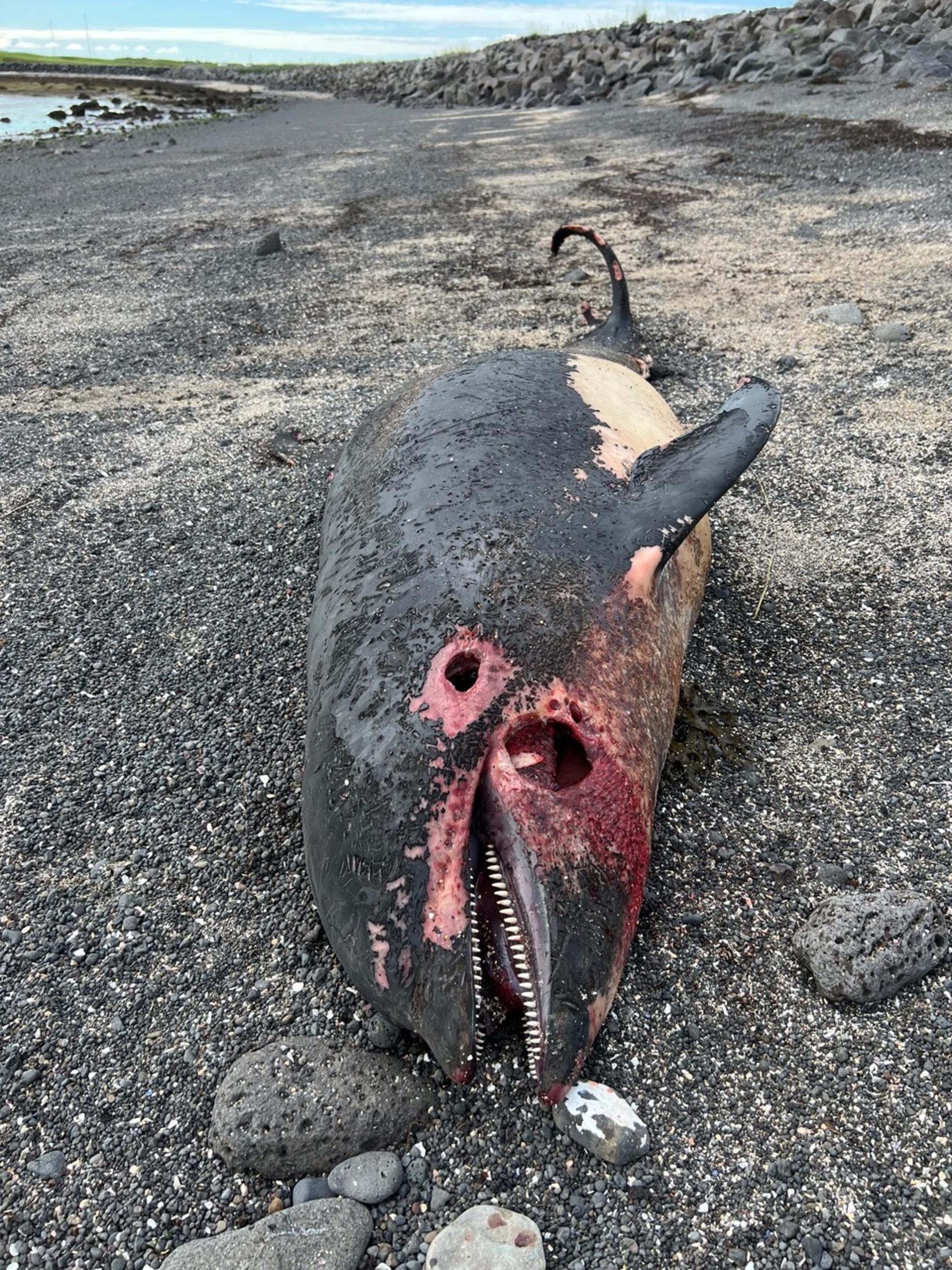 The photos need to be examined to determine the species. Photo/Viðar Víkingsson

"I think it looks like a species of dolphin," she says to mbl.is. The photographs that a passing pedestrian took need to be examined further to dertermine the exact type of dolphin.

The while belly could be deceptive, but Filippa says that the carcass of the whale might be disfigured and therefore it might look like a killer whale. 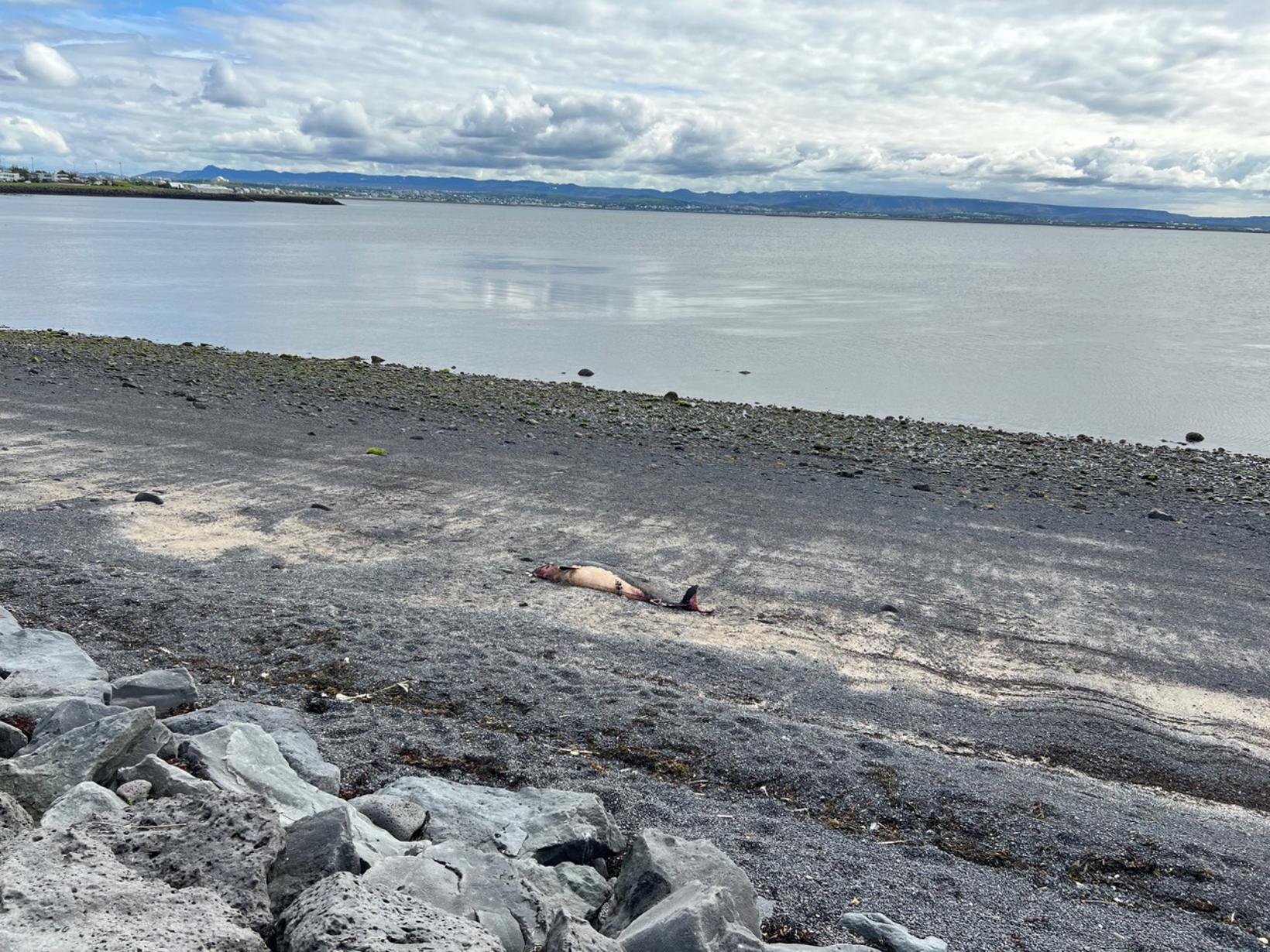