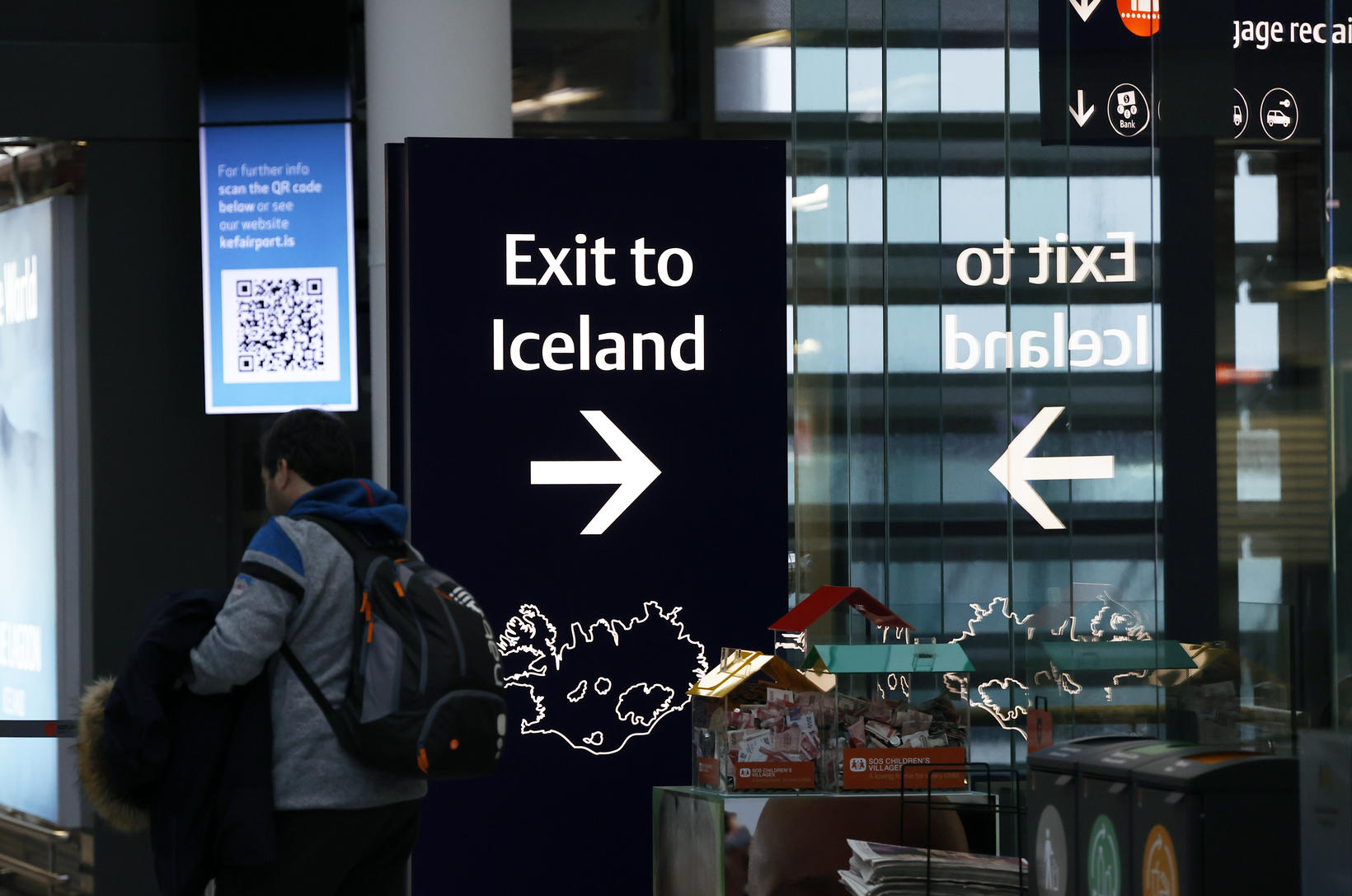 An Airbus-plane on its way from Frankfurt in Germany to Seattle in the United States, was turned around to Keflavík Airport because of a bomb threat.

“The airplane was flying over Greenland when this threat was received and then the plane was turned around and flown to Iceland and it landed on KEF Airport at 16:22 PM yesterday, says Úlfar Lúðvíksson the chief of police in the Reykjanes peninsula. 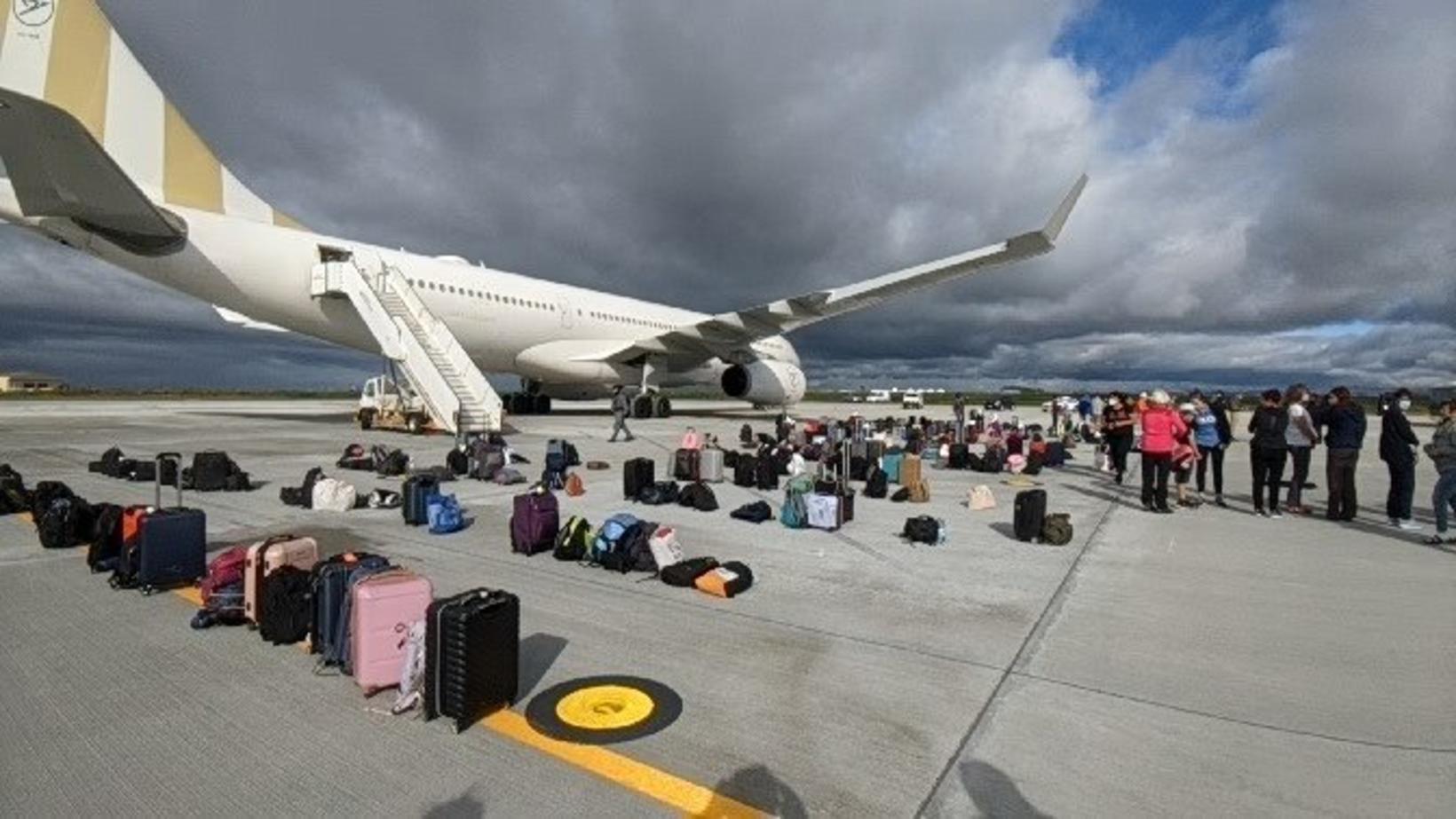 All the passengers needed to leave their personal luggage on the tarmac for the police to inspect. Ljósmynd/Aðsend

266 people were on board the plane and people were taken from the plane, but Lúðvíksson could not diverge the source of the threat. The police was working on the case yesterday with the assistance of the special task force.

Lúðvíksson says the passengers were remarkably calm and cooperative and understanding of the situation. The last passengers left the airport around midnight last night. They were all provided a place to stay overnight.

The bomb threat was written on a mirror in the airplane. “There is a bomb, was written in English,” Lúðvíksson tells mbl.is but does not want to say any more about it. The whole process after the plane landed went smoothly according to Lúðvíksson and the inspection of the airplane and all the passenger luggage was finished just after 2 AM last night. “It was a time consuming job,” he says. But he was impressed with the passengers keeping their composure.

"It is a difficult situation for passengers to experience and we are doing our utmost to make it as nice for everyone as possible.” All the passengers were offered trauma assistance from the Red Cross at the airport and a few of the passengers accepted that.

A screenshot from the TikTok video. mbl.is/screenshot

A TikTok star and a tattoo artist who goes by the name Winniethejroo on socialmedia was on board the flight yesterday. He has 1,5 million followers on TikTok. He shared a video from the plane when it was turned around and now more than million people has seen the footage and 67 thousand have liked it.

Nobody could go to the restroom

Winniethejroo says that him and other passengers were taken hostage by the police and nobody was allowed to go to the restroom. Some people have denied that in the comments below the video on TikTok. It is shown when the police was photographing every single passenger. Lúðvíksson says, that photographing the passengers is standard procedure in a situation of this sort.

Here is the TikTok video:

what a crazy experience.. still here in iceland 🫠 will update soon 🤞🏽 wish me luck