Almost a quarter of Reykhólar harbor by the kelp mill Thorverk caved in and fell into the sea after The Icelandic Road and Coastal Administration (IRCA) had been working around the harbor, but the plan was to make the harbor bigger and reinforce  it with steel siding panels. Birna Erlingsdóttir the municipal manager of Reykhólahreppur confirms this with mbl.is.

“IRCA has been digging in the sea around the harbor to prepare for the steel reinforcements. It looks like some of the ground beneath the harbor slided away into the sea with the consequences of part of the harbor collapsing.” 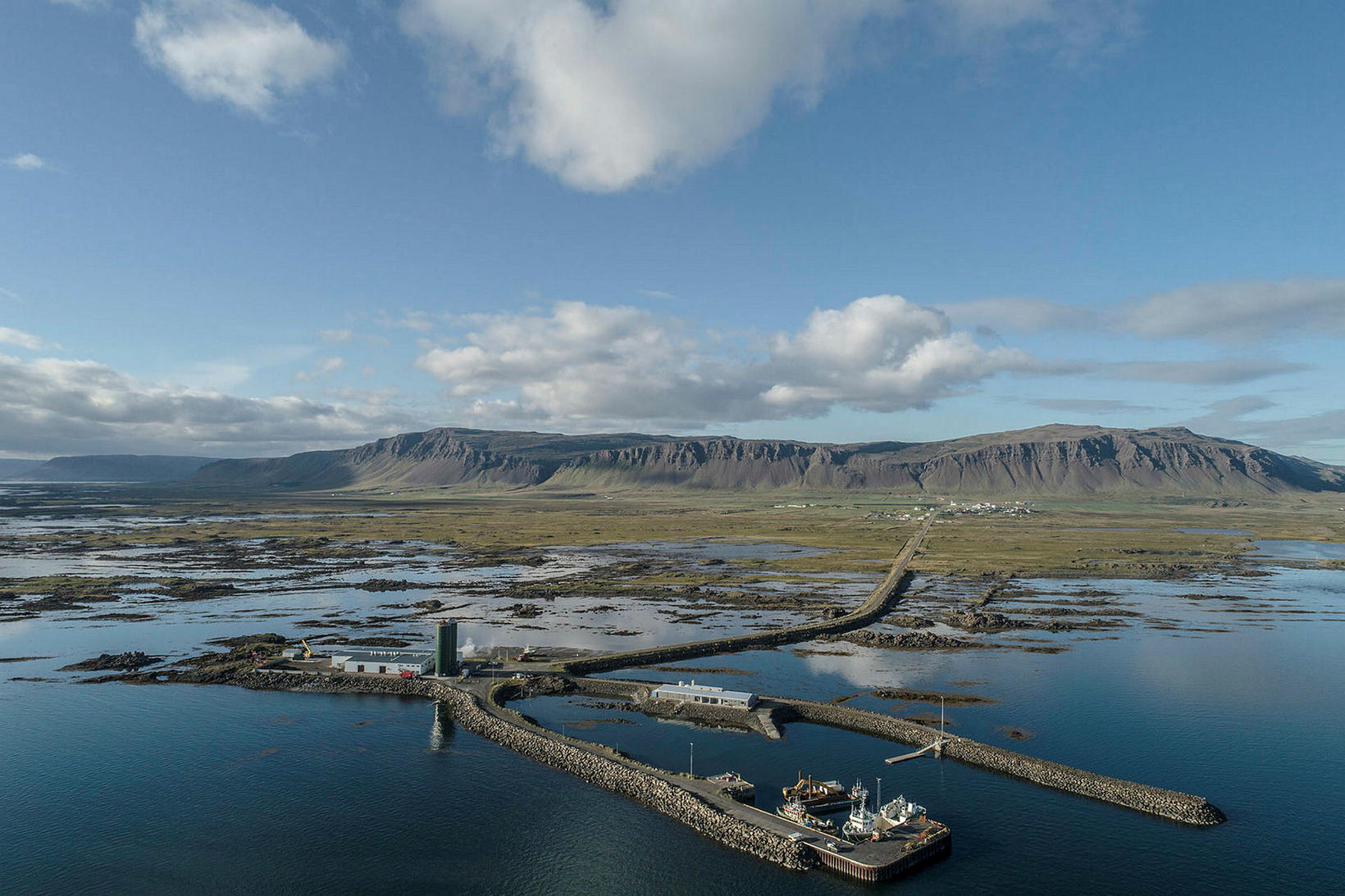 Thorverk by Reykhólaharbor harvest around 18-20 thousand tons of Ascophyllum and Laminaria from the Breiðafjörður every year. Ljósmynd/Aðsend

Not sure how this will affect the kelp production

She says that it is, however, not good to jump to conclusions. The harbor is quite old and the ccollapse might not be directly linked with the work being done.

The financial hit will, however, be substantial. Thorverk is landing kelp on the harbor daily and this collapse might influence their capabilities of full production. The impact of the collapse remains to be seen.

She says that IRCA has already taken matters into their hands and are going to make sure that the plant’s production and the activities on the harbor will not suffer for long.

Could have been a lot worse

She says that IRCA will start by fixing the harbor, so it will be possible to travel around the caved part. That way it would help Thorverk keeping up their production.

It is not sure how many days it will take, but thinks it might be a few.

She also points out that even though the financial hit is substantial, that this could have been a lot worse.

“We can be grateful that nobody was working on the harbor when this happened,” she says and adds that at least nobody got hurt because of this.