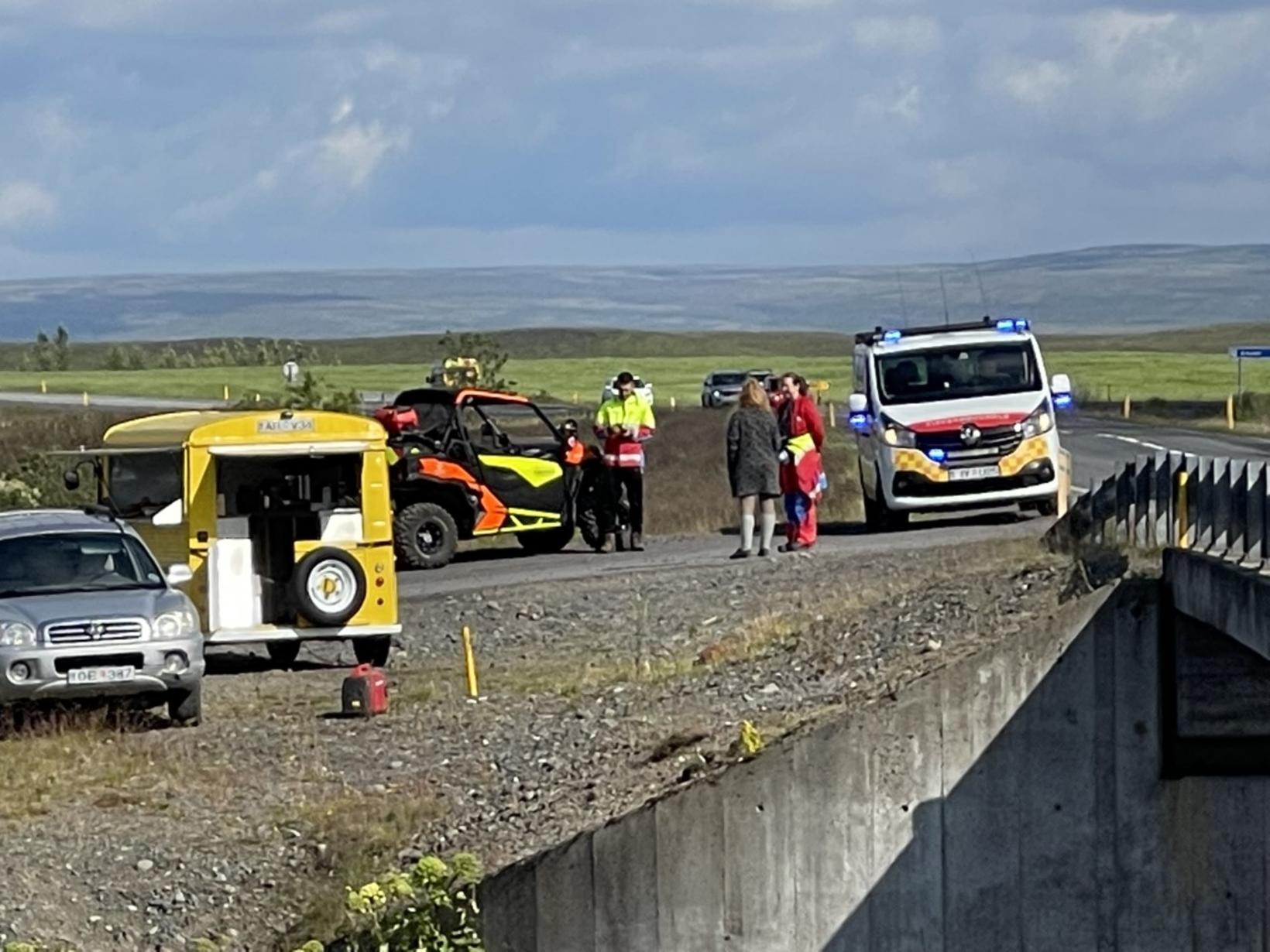 At the scene yesterday when there were hopes that the man might saved after falling into the river. mbl/Haraldur 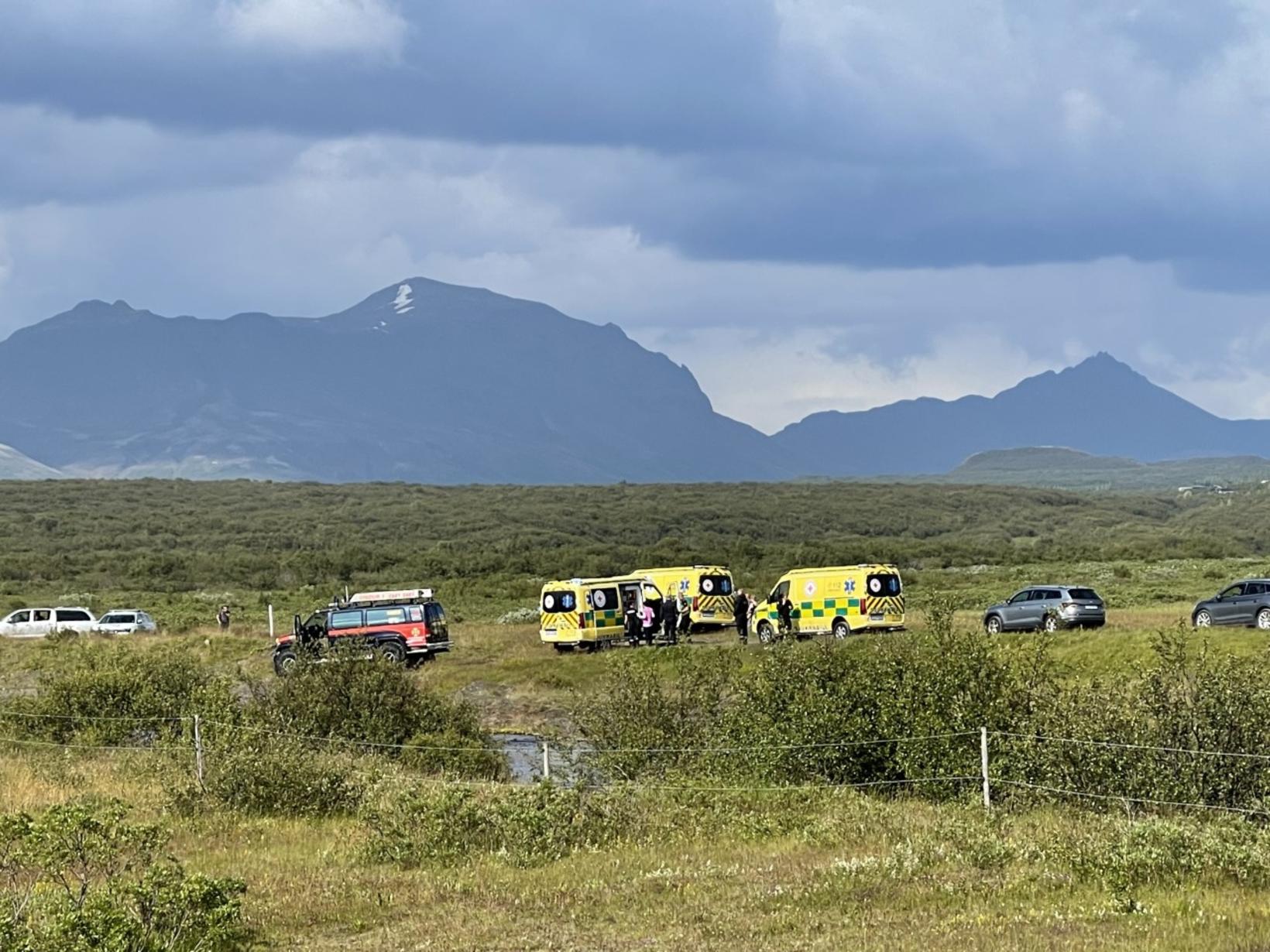 Later the Police in the southern part of Iceland posted the following on their Facebook page:

"The man fell into the water and was swept down the river. The Coast Guard Helicopter was called out and they found the man after a short search. Whe n they got to the man he was already dead and resuscitation efforts were not successful. Rescue teams are still at the scene and the investigative unit of the police in the Southern part of Iceland is working on the case. It is not possible to give more information about the case at this point." 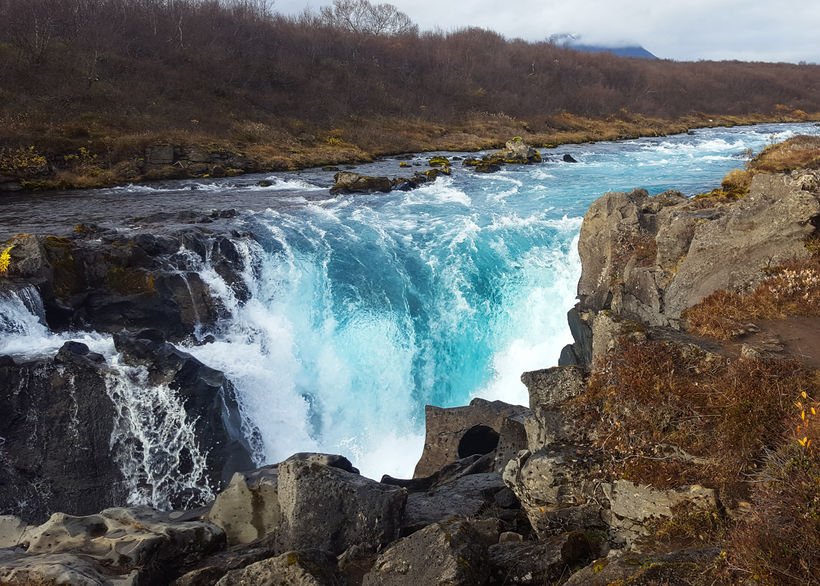 One of the waterfalls (Hlauptungufoss) in the river Brúará. mbl.is/