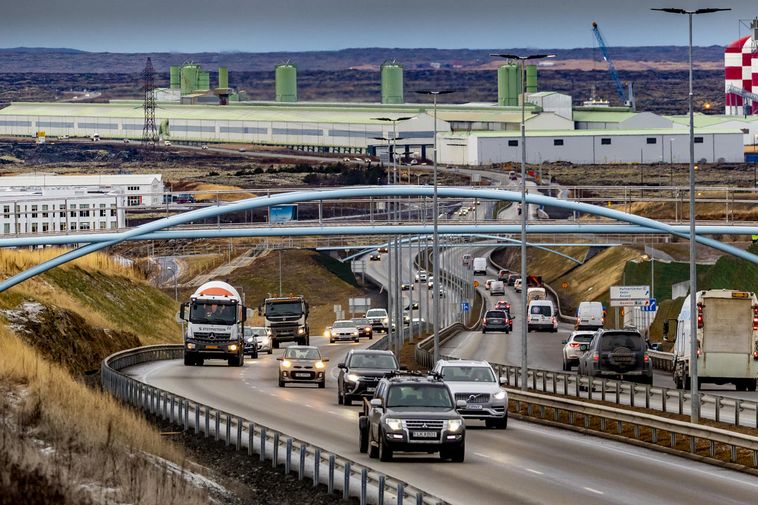 Reykjanesbraut, close to the area where the explosion was heard. mbl/Árni Sæberg

A driver who was on his way from Hafnarfjörður to Keflavík was seriously taken aback when he heard an explosion due to construction work close by the road. During the explosion and after a rain of stones fell on the road over the cars passing by. Fortunately his car was not damaged as a result, but not everyone was as lucky.

According to the driver, who wants to remain anonymous, the cars started to brake when the explosion was heard with a cloud of dust rising up and stones raining down on the road.

The driver thinks the explosion happened only two or three meters from Reykjanesbraut and he says that cars that were closest to the explosion ended up with stones on the cars.

He is certain that the stones caused some damage to the cars, but he says he did not see any broken car windows and there was no accident when all the cars braked.

There have been no answers about the incident from the Police in Hafnarfjörður.